The migration phenomenon: the possible coastal war of Italy 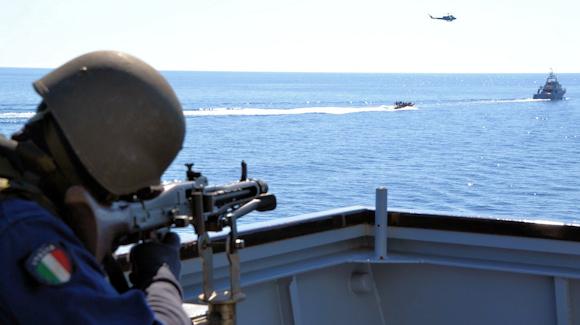 The Montego Bay Convention - entered into force on November 16 1994 and ratified by Italy in the following December - divides the sea into various areas.

First of all there are the internal waters, that is those that are inside the base line, which connects the extreme points of the coastal area; then the territorial waters which, starting from the baseline, extend for 12 nautical miles (about 22.000 meters). At the limit of these begins the contiguous zone, wide beyond 12 miles, in which the coastal State can exercise the necessary control in view of preventing the violation of its own customs police, fiscal, sanitary or immigration laws and to oppose the violations to the same laws, if they were committed on its territory or in its territorial sea.

It is also true that the coastal environment - as regards the defense system of a nation - does not constitute a well-defined geographical area, but rather an increase in the level of threat as we approach the coast and is more influenced by the elements that operate within it.

When approaching the coast, therefore, the possibility of being detected by a wide range of passive and active sensors, often integrated in a complex network of command, control, communication, computer and intelligence (C⁴I), grows. 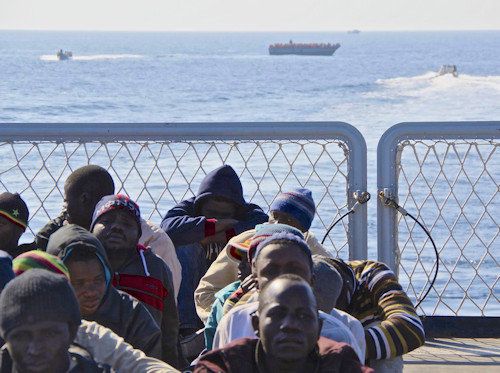 Obviously, small boats are very difficult to intercept, especially when they are near the coast. The complexity of physically controlling several kilometers of coastline is added to the growing volume of apparently random data acquired by radar systems, intelligence tools and acoustic and electro-optical sensors as migrant boats approach the coast.

Precisely to counter the illegal landing of small boats, the Navy is able to field small naval units, specifically designed for coastal warfare. The corvettes of the class Commanders, equipped with an effective multi-purpose combat system and used together with other types of naval and air platforms, they can become an excellent tool in counter-illegal immigration operations.

In some political circles the idea of ​​applying a naval blockade is widespread in order to severely limit the migration phenomenon.

However, this solution, in our opinion, if applied within the Italian territorial sea, would not be decisive, as it would still involve the transfer of illegal immigrants to the Navy units and therefore the subsequent landing in national ports.

Therefore, the range of action of our naval units should extend to touch Libyan territorial waters - if we can speak of sovereignty with reference to Libya, in which we remember there is no unitary government and the capital Tripoli has been for three months under attack by the Cyrenaica militias - thereby preventing the freedom of action of the so-called mother ships of human traffickers.

Pecunia non olet says the famous Latin brocardo, sometimes quoted out of turn but truthfully. And it's a question ...
5183
Read

According to Treccani, in Ancient Rome, a veteran was a soldier who, after having fought for a certain number of ...
9158
Read

For the third time in two months, Russian pilots have intercepted US planes in the international waters of ...
4077
Read

They had already announced it in the bilateral meeting in Naples last February. On that occasion the president ...
16815
Read

For two consecutive days, last February, China sent its strategic bombers over the Straits of ...
4196
Read

History teaches us that maritime routes are fundamental for the economy and, starting from the XNUMXth century, indispensable ...
5521
Read