Home Military world Hovercraft: the forbidden dream of the Navy ...

Hovercraft: the forbidden dream of the Navy 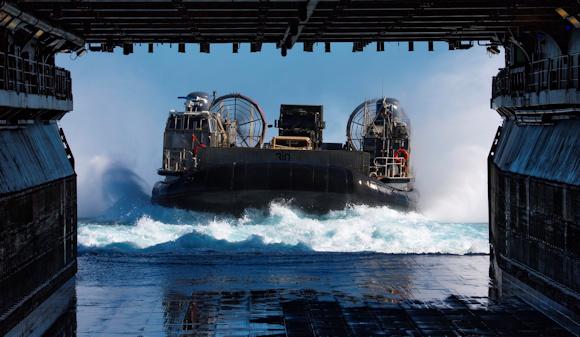 In the second half of the 90 years of the last century, in the framework of the capacity building of landing strength on the part of the Italian Navy, the hypothesis of buying from the United States one or two copies of LCAC (Landing Craft Air Cushion) was aired. However, the high costs - above all of management, as the hovercrafts are closer to an aircraft than to a boat - favored more economical solutions.

A hovercraft is, essentially, an air-cushion vehicle consisting of a platform hull under which a flexible element, called belt. With the engine running, the blowers placed over the structure send down an air jet which, striking a surface, generates a sustaining boost sufficient to raise the hull by a few centimeters. Propulsion is ensured, during the flight phase, by one or more thrusting propellers (four Allied-Signal TF-40B gas turbines, two for propulsion and two for support lift).

The first standard LCAC was delivered in the 1984 and participated in all the amphibious operations that since then saw the US Navy as the invasion of Panama in the 1989, the Operation Desert Storm in the 1991 and the Restore Hope mission in Somalia in 1992.

The tasks performed by these particular means mainly concern the transfer ship to shore and beach to beach of men and materials, to support amphibious operations. 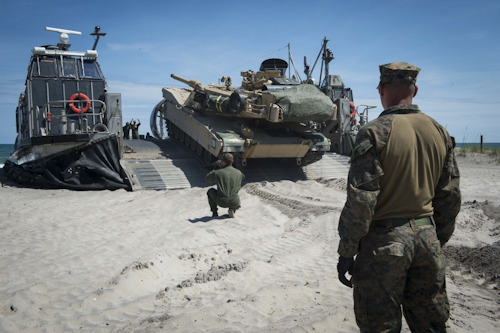 The project dates back to the 70 years, when the US Navy issued an operational requirement for the acquisition of air-cushion vehicles. The race won the Bell Aerospace Textron project and, starting with the 1984, deliveries of the final version began. Between the 1984 and the 2001 specimens 97 were delivered (91 to the US Navy and 6 to the Japan Maritime Self-Defense Force), of these 74 they are interested in a modernization program that will end in 2024.

The LCACs are amphibious vehicles characterized by high performance that, with a maximum load of 75 tons, can reach a speed of 40 knots (at full load!), With a range of 200 nautical miles (370 kilometers!). They can also operate on snowy areas, on icy surfaces, on sand and in marshy areas. 24 soldiers can be transported, hosted in the interior space of the vehicle, together with an MBT, or 12 VLTM.

With the entry into service of the new amphibious assault unit TRIESTE (with an empty displacement of 33.000 tons), the need for a means that will allow it to operate at a safe distance from the coasts is proposed for the Navy. The new four landing craft class LC23 (whose entry into service is provided for the 2021) will have to perform the function of support in amphibious operations. However, although they can boast considerable load capacities (up to a maximum of 60 tons) they will not have the flexibility of LCAC hovercraft.

Images: US Navy / US Marine Corps

On March 2018, XNUMX, the President of the Russian Federation Vladimir Putin, during his speech on the state of ...
4002
Read

Trump's recent ban on Chinese students from American universities1 was born from far away, and is the son of ...
2792
Read

After the blocking of parliamentary work due to COVID-19, the Government presented the annual resolution on the ...
7448
Read

2020 will perhaps be remembered as the year of the change of the national strategy: from a purely defensive posture the ...
2321
Read

According to the Chinese Academy of Military Sciences, the national naval strategy must have the primary objective of ...
4983
Read

After a week of relative calm in Libya, fighting has resumed in the Sirte area between government forces ...
1900
Read 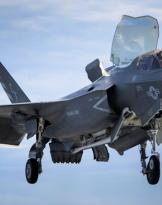 Among the innovations that revolutionized the naval war in the twentieth century there is certainly the aircraft carrier whose strength is ...
15571
Read 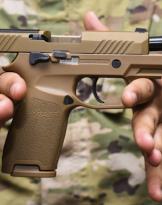 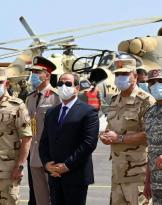 Egypt takes a clear position in the words but ambiguous in the facts about Libya: “Sirte and Al-Jufra are a line ...
3982
Read