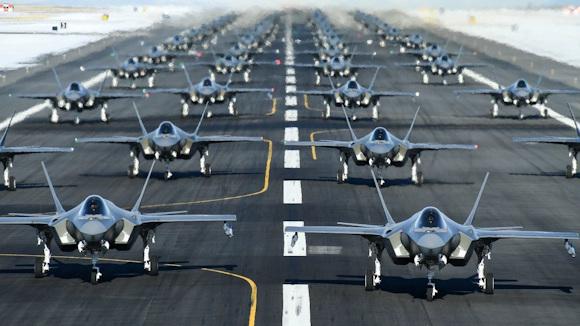 The clash between the ambitions of the Joint Strike Fighter (JSF) and F-35 program against its limitations and detractors continues into 2021. The US Air Force (USAF) Chief of Staff, General Charles Q. Brown Jr. , took everyone by surprise when he announced that the USAF is conducting a study to define the right future 'mix' of fighters, attack aircraft, bombers and other strategic aircraft. General Brown added: “If we have the ability to build something with even more capacity at a lower cost and faster, why not do it? I am not talking about buying something ready, but looking out towards a solution that we can manufacture ". These statements, released last February 17 during a meeting with the specialized media in the sector, have set the alarm bells of the press, experts and industry. The uncertainty generated immediately fueled speculations of all kinds and strengthened the positions of the numerous detractors of the 'Lightning II', who would like the program finished.

However, doubts about the fate of the F-35s or about a possible cut in orders from the American Air Force were short-lived. On February 25, just eight days after the first statements, General Brown himself clarified his position during a speech at the Air Force Association's Aerospace Warfare Symposium: “The F-35s are the cornerstone of our fighter and attack capabilities, (…), we have them now and we will have them in the future as well; the reasons behind this study are to have a better understanding not only of how the F-35 situation will evolve, but also the other aspects surrounding the F-35s; in trying to make decisions I have to be able to understand how the USAF will present itself in a perspective between 10 and 15 years ”. 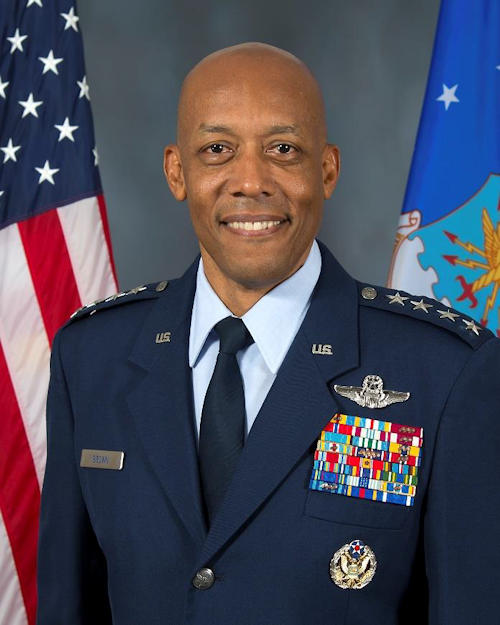 The stir aroused by the words of General Brown is mainly due to two references in the first statement: the "less cost" and "take a look at something else out there that we can build" (the new solution to be manufactured) .

The first reference is certainly to be associated with the high development and operating costs of the F-35s; despite being an excellent platform, if not the best currently available, the high operating ($ 36.000 per flight hour) and upgrade costs remain a critical issue yet to be resolved. Not a small problem considering that the JSF program was structured around the concept of “affordability” (low cost access). Affordability which should have ensured the right balance between the lethality, supportability and survivability of the aircraft and the trend of costs (research and development, operations and support, and production).

The second reference was an allusion to a possible defense program for a new 4th ++ or 5th - generation fighter. In the event of a favorable opinion from the USAF study, the new weapon system would modify the fighter mix in the Air Force and update its available capabilities. Although Brown is open to this type of solution, there is a multiplicity of factors to consider that can make this idea if not impossible, very difficult to realize; between these:

General Brown's utterances were seen as the first official (indirect) criticisms of a high-ranking office towards the management of the program. Joint Strike Fighter.

The statements of the chief of staff of the American Air Force have found a strong echo throughout the sector. The controversy on social media was not long in coming, between those who interpreted the words of the general as the end of the JSF program and those who considered them simply an unhappy exit, or a provocation to Lockheed Martin to do better. The level of debate forced the JSF program coordination office (Joint Program Office) to intervene, clarifying that there is no intention to diminish the prospects on the units that will be purchased by the USAF (approximately 1.763 F-35A) .

When a simple hypothesis manages to arouse such divergent opinions and such heated controversies, it represents the importance of the JSF program for the future of military aviation. Under these circumstances, the conclusions of the study being carried out by the Air Force (which will be delivered within the next year) will most likely underline the excellent qualities of the platform. omnirole F-35, advising against the development of a new fighter because the risks would be greater than the achievable benefits.

At that point, the most plausible scenario for the USAF will see four main lines of investment and development take shape: Artificial Intelligence, UCAV (eg Boeing's Loyal Wingman), the B-21 "Raider" and the Next Generation Air Dominance program. (NGAD - sixth generation fighter).

Whatever was the 'rationale' behind General Brown's statements, he must be given credit for having both succeeded in drawing attention back to the critical issues of the JSF program
both with a few words to soften Lockheed Martin's position, gaining greater bargaining power.

This afternoon, the Ministry of Defense of the Russian Federation issued the following statement: "Two ...
1822
Read

The latest news about the movements of Russian troops towards Crimea speak of three regiments of the VDV (Vozdušno -...
5609
Read

The tension between Ukraine and Russia does not seem to be defused, having been engaged for weeks to "flex their muscles" in the ...
4449
Read

In March 2021, three nuclear submarines simultaneously emerged near the Alexandra Island of the archipelago of ...
1798
Read

The utterances of the Deputy Prime Minister of the Russian Federation, dated 8 April, Dmitry Nikolaevič Kozak, are ...
3988
Read

Some operators of the special forces of the Russian Federation, the KSO (Komandovanie sil spetsial'nalnykh operatsii), ...
7442
Read

The Takuba Task Force is taking shape more and more, wanted by France to fight the jihadist groups operating ...
5103
Read