Home Recommended Interviews Too many false, contradictory news and it was ...

Too many false, contradictory and misleading news about the coronavirus: we talk about it with a doctor 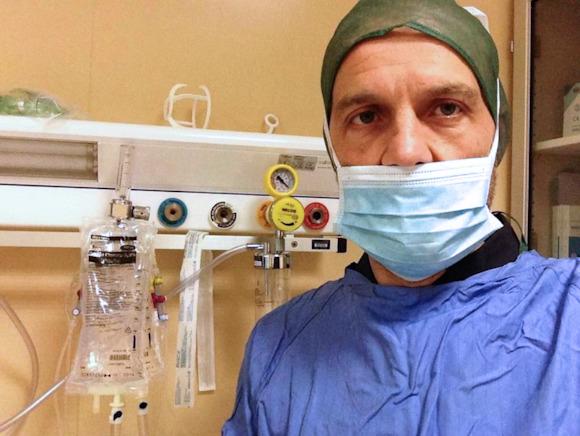 The news about the coronavirus has slipped to second or third place: if Ferrari wins a race or Juventus wins its ninth consecutive championship, probably even well over half the page. Above all, there comes a hodgepodge of opinions that contradict and do not reconcile, almost as if they were water and oil. We talked about it with an old acquaintance of Online Defense, dr. Pasquale Mario Bacco.

Doctor, after almost two months we resent it and you are ... The Heretic. What is this new initiative of yours, carried out with prof. Giulio Tarro and the magistrate Angelo Giorgianni?

The "L'Eretico" project was born to give space and voice to those who don't have it. For this reason, we intend to apply to the High Court of Justice of the European Union to protect the fundamental rights that the Italian government has violated and continues to violate.

We wanted to create a group of honest and transparent people who aim to respect everyone and assert the truth about coronavirus deaths and how the emergency was handled.

These days there is a lot of talk about American, British and Chinese vaccines. What is your opinion?

The vaccine for Sars-Cov2 (COVID19) is not needed because the virus changes significantly. Imagine without experimentation and mixed with strains of years ago, as they are making it now hoping for cross-reactivity, that is, making attempts. Even if a vaccine were determined, it would have an efficacy limited to a few months. To defeat it, as we did in the case of HIV responsible for AIDS, we need antiviral therapy. In any case, the drugs that we have available today are very effective, also because the danger of this virus has been enormously emphasized.

If we limit ourselves to reading the data of www.worldometers.info we went from a phase in which 80.000 cases and 8.000 deaths per day were recorded (in a rash way that I will highlight in the application) to one in which we "count" 200.000 "buffered" cases and 5.000 deaths per day. We stopped counting everyone who died as a COVID victim but didn't tell anyone?

The truth is that at first it is as if we have treated diabetics with sugar. We killed, albeit in good faith, patients in intensive care. As we did not have autopsies performed, we did not know what the virus caused in the body, we mistakenly thought that it acted at the lung level, while the damage was at the vascular level and later in the other organs.

We did not use the anti-inflammatories, hydroxychloroquine and heparin, which we know today to be fundamental, while we "burned" the lung tissues with deep ventilation.

In addition, we have instituted the death penalty in Italy, placing patients in contact with the main target of the virus in the RSA, i.e. the elderly and patients with concomitant diseases. Not only have we sentenced them to death, but also to a horrible death, in absolute solitude. In Lombardy they carried out a state massacre in the RSA. By now I think there is little to prove. The facts are obvious to everyone.

In the winter we had people with the flu who, with a fever going to work, didn't keep their distance and sneezed without protection. We called them Stakhanovists and filled them with compliments. Were we more stupid before or alarmist now?

Clearly alarmist now. But not us, only those who have an interest in continuing this climate of denying the truth.

We read that according to Zaia the virus comes from outside and is found mainly in foreigners. There have been cases of Bulgarians, Bengali, Serbs. Are you right?

Zaia changed the role of alarmists and vaccine prophets to Undersecretary Pierpaolo Sileri; now that Sileri withdraws, made prudent by experience, he advances. It seems to me a fairly clear drawing at all.

Nobody talks about it but Taiwan has been excluded from the white list of countries whose citizens can travel to Europe. The exclusion occurred mainly for political reasons, to please communist China. How did they manage to keep the virus away?

Taiwan simply did what needed to be done; autopsies and proper care. Then the elderly and the sick died the same. But this is what usually happens every year with seasonal flu.

Why do countries in the Asia-Pacific region (Japan, South Korea, Thailand) have "questionable" case numbers? only Singapore speaks of the spread of the virus.

WHO is a real suck; it gave the guideline that led all countries to make mistakes. If all data in Italy are false, none excluded, figured if we can believe the data of Korea and Japan.

Was the virus that killed in Bergamo and Brescia a different, more aggressive and deadly "mutant" that made the end of SARS, as newspapers write?

The virus started mutating right away. So in Italy we have had a thousand different strains of sars-cov2, which is quite normal among other things for a coronavirus, even if everyone pretends to be surprised. The watershed is not the withdrawal of a strain but the moment we started using the right drugs and no longer using deep ventilation; since then, mortality has been almost zero.

Also in the newspapers, the fact that the virus was found in the wastewater of Barcelona on March 12, 2019 had a certain echo. So how long has this microorganism existed?

I believe there has been a cross-reactivity phenomenon in the waste water. Coronaviruses can look alike. I honestly don't think it's reliable news.

We hear his colleagues expressing irreconcilable positions. In your opinion, do we do few tests (as Crisanti says) or too many (as Bassetti replies)?

Crisanti is the author of the biggest bale of the millennium; according to the professor on corpses, viruses survive in large quantities for over eight days. In practice, the denial of medicine. I think it suffices to say this.