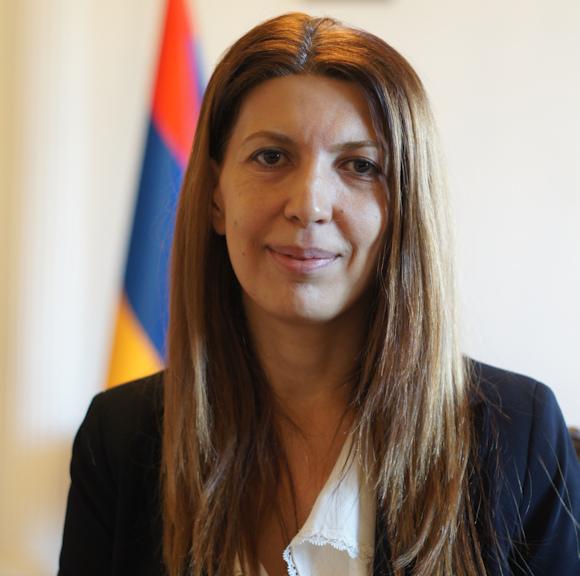 For weeks, a conflict in the Caucasus has been rekindled which has never actually ceased to claim victims despite truces and attempts at peace agreements: that of Nagorno-Karabakh, “Artsakh” for its Armenian population.

In Italy there is a policy capable of serving meekly those who after 105 years deny a genocide and today violate with impunity our national interests in Africa and the Mediterranean.

Before the lie of Italian “vital energy interests” (the quota is a compensable 9,7%) is pulled out to justify yet another helpless complicity in yet another theater of war, we wish to give voice to the attacked party. This, before the Italian consciences are blindfolded by a state mask also placed on the eyes and ears.

During a pause in the writing of this article, we find new macabre videos on the network of jihadists led to sow death and terror. Barbaric beheadings that bring back to the Syrian chronicles a few years ago ...

To understand that distant pain, we interviewed the Ambassador of the Republic of Armenia to Italy, Tsovinar Hambardzumyan.

Ambassador, what is happening in the Caucasus?

Hatred against Armenians is ancient in Azerbaijan. Entry into the country is not accepted by anyone with a surname of Armenian origin, regardless of passport. There is also one on the website of the Azerbaijani Ministry of Foreign Affairs blacklist 114 pages with journalists and people who want or have merely wanted to see what is happening in Nagorno Karabakh with their own eyes (v.link). And this happens in the XNUMXst century!

The murder of the Armenian officer Gurgen Margaryan in 2004, during a NATO course in Budapest, and the related epilogue are an eloquent demonstration of what is happening today.

Behind it all it is difficult not to see the hand of Turkey: it has always helped Azerbaijan with armaments, instructors and military advisers. The defense minister of Ankara has officially declared his country "part of the conflict".

What has happened since September 27 does not therefore happen by surprise. In July there was a first escalation, which quickly returned, directly to Armenian territory.

In my opinion, a few months ago the first foundations were laid for today's long attack. The affected area in July was close to oil and gas infrastructure: an accusation against Armenia of endangering energy supplies dear to many foreign countries that have invested in Azerbaijan to dissuade any future interference. 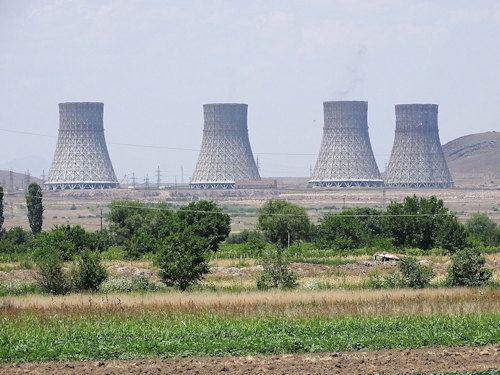 In July the Azeris also threatened to attack the Armenian nuclear power plant in "retaliation".

An attack on the nuclear power plant would lead to an unstoppable escalation and would involve many other powers.

There would be no escalation. It would be the end for the entire Caucasus area and the consequences would fall on Turkey, Russia and Europe! Let's remember Chernobyl ...

Was the September attack a surprise on a military level?

Perhaps it was with regard to the scale: it affected the entire line of contact between Nagorno Karabakh and Azerbaijan.

Le purges made by the prime minister in recent years in the leadership linked to the previous government have adversely affected military efficiency or intelligence?

Not all of the former leadership has been removed. I myself have worked for the government for twenty years and have been both with the current prime minister Nikol Pashinyan, than with the previous president Serž Sargsyan at the head of the office for international relations.

The cleanup done by the prime minister aimed at eradicating "political corruption", not the professionalism present in the administration. For example, the current defense minister has worked for many years in the same ministry as the deputy ministers and most of the military and intelligence leaders.

In general, I do not consider the removal of the corrupt harmful, it would have been to keep them in their places: in the face of the danger of a war, thinking about business before the armed forces of your country is abject.

How is the battle on the ground going?

We report daily on the casualties, civilian and military, suffered and the number of injured. We have no data from the Azerbaijani side simply because they are not provided: yet another proof of the involvement of foreign troops and militias! 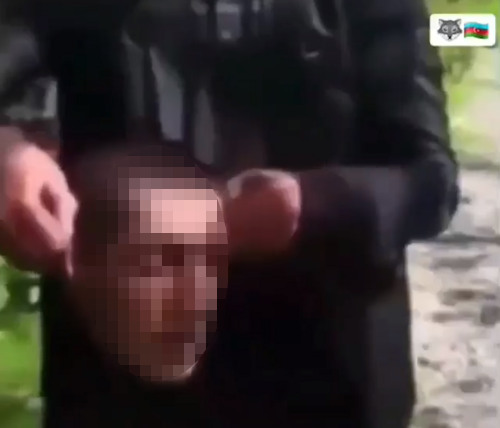 This too is a war based on information.

Already. What we find on a large number of media from different countries (Reuters, CNN, BBC ...) is the actual presence of ISIS fighters coming, not only from Northern Syria under Turkish control, but also from Libya, Afghanistan and Pakistan.

What do you respond to those who say there are religious reasons?

Religion has nothing to do with this conflict. When the genocide was underway in 1915, many Armenians ended up in the Syrian desert. I believe no one has helped us like the Syrian Arabs. While Turkish soldiers believed they were saving bullets by driving thousands of people from their lands into the desert, Syrians - Muslims - they saved them with food and water.

The same happened with Iran when Armenia was strangled between Turkey ed Azerbaijan in the 90s represented one of the only two steps for the supply of basic necessities.

Today's jiahadists are extremists paid and transferred from Turkey to fight the Armenians.

Well, the journey is even shorter than in Libya!

What is the degree of Turkish involvement?

The simple fact that Erdogan speaks and decides on behalf of Azerbaijan on international tables clearly demonstrates this.

Are you afraid of Turkey's direct involvement?

It is already happening.

... I mean by the Turkish armed forces against Armenia.

It would mean World War III! Even within the CSTO (Organization of the Collective Security Treaty, ed) there is a "Article 5".

President Putin stressed that he is ready to intervene but that he has not yet received a request from Armenia. 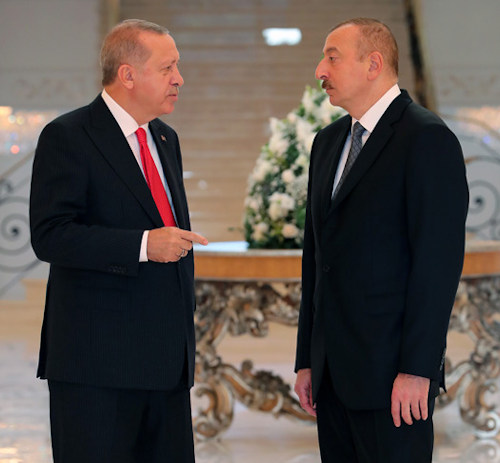 Erdogan's Turkey è unpredictable and sometimes insane. After all, who would have imagined, just 10 years ago, the transformation of the Hagia Sophia into a mosque?

There is one aspect to aggravate the picture: Azerbaijani president Aliyev is desperate because of the internal stability of his country: immense wealth and property in half the world and a population reduced to poverty. His dictatorship is in crisis and he must reconsolidate power.

Hatred of Armenians serves to distract their citizens from the real problems of Azerbaijan.

Obviously. Do we remember how many people are still in prison today in Turkey?

Does Aliyev no longer count for anything?

How do you view the story of the ongoing war in the media?

Public opinion is honest and objective. Most of all she is not stupid: if one day you say that "you have been attacked by Armenia" and the next that "you will fight until all territories are reconquered", how can you hope to be believed?

They also run fake news and propaganda videos in support of the Azerbaijani attack on the verge of ridicule.

On the other hand, films from the cities of Nagorno Karabakh clearly show the indiscriminate use of bombs and ammunition prohibited by international conventions.

È a humanitarian truce has been established, in your opinion how long canò to last?

We can not at all say that the deal suthe humanitarian truce has been maintained since, immediately after its entry into force, Azerbaijan bombed almost all localitiesà Artsakh and continues to bomb the capital Stepanakert, Shushi, Hadrut and other citiesà.

The human rights defender of the Republic of Artsakh has gathered information on the brutality committed by the Azerbaijan armed forces on the population. Among the latest in chronological order those on 2 civilians: a mother with her disabled child killed inside their home.

When you are lucky and have the opportunity to interview a Middle East expert such as prof. Uzi Rabi would be ...
1153
Read

NATO Defense College (NDC) celebrates its 70th anniversary. On November 19, 1951 it was officially established in ...
578
Read

During the visit to Varignano, Difesa Online had the opportunity to interview Rear Admiral Massimiliano Rossi ...
8153
Read