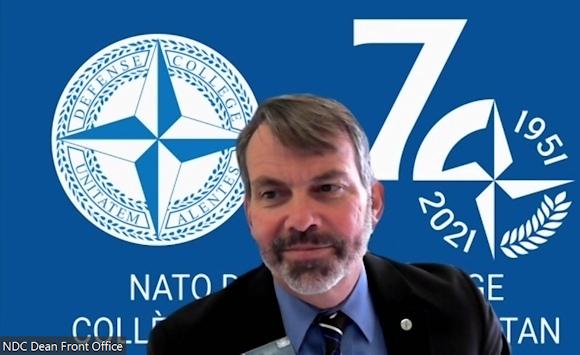 NATO Defense College (NDC) celebrates its 70th anniversary. On November 19, 1951 it was officially established in Paris. With the French exit from the military command of the Alliance (it will return in 2009), in 1966 the NDC will be transferred to Rome.

To understand the value of NATO's leading training institute we had the availability of an interview with its dean, dr. Stephen J. Mariano: an American professor with a really impressive resume and a remarkable academic (and practical ...) preparation.

Dr. "Mariano", are you of Italian origins?

True, from both family branches. On the maternal side, the great-grandmother was from Asiago and my grandfather was from the parts of Turin. The paternal origins are instead Abruzzese, from Pacentro, a village near Sulmona.

Did you know Italy as a child or later?

I was born in Los Angeles, California. The first time I visited Italy I was almost 30 years old.

Despite this, I grew up within Italian traditions and values ​​such as family and religion.

Could having Italian origins help to understand the national limits on the military world deriving, probably, from the outcome of the Second World War?

My grandfather fought in North Africa and Sicily before leaving the Italian front for England to take part in D-Day. That conflict was certainly understood by my family. However, having grown up and trained in a different cultural context, as an American, I still have many difficulties in understanding Italy. This, despite the fact that I feel “at home” here. 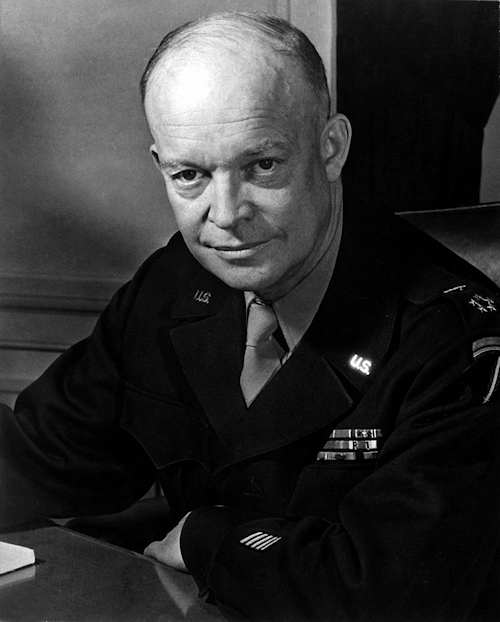 NATO Defense College is celebrating its 70th anniversary. I do not think that in Italy politicians and sometimes even the military fully understand its value. Can you explain its importance within the Alliance?

General Eisenhower, exactly 70 years old, created the Institute from which the first Senior Course started. His post-war idea was to commit himself to creating a collective security and defense system in order to prevent the tragedy - then just overcome - from happening again.

After the Second World War, the training and training of Alliance officers therefore quickly proved necessary. There was a need for its own school, a college, which would train leaders capable of addressing the complex issues of transatlantic security.

This is the task we still carry out today and the importance of the Institute is, after 70 years, unchanged.

We are also a place that contributes greatly to achieving a culture of consensus towards the Alliance: civilians and military personnel who will hold positions of responsibility in the Organization's structure learn issues and problems at a strategic level.

Between the 30 countries of the Alliance there are sometimes frictions or strong rivalries. What is the secret to overcoming them?

They are different. The knowledge of the reasons that make a country join the Alliance helps us: they can be economic, security or even the simple model of life represented by the members of NATO, perhaps compared with that of Russia, China or some Middle Eastern countries.

And if adherence to the values ​​of the Alliance is not welcome - or impossible - there are still other forms of collaboration.

An absolute strength is the ability to welcome the free expression, formal and informal, of the participants: in NATO there is discussion!

As Winston Churchill said: "To jaw-jaw is always better than to war-war".

NATO is a place of dialogue, even when there seems to be no solution, with open and sincere confrontation it can be found.

NATO's dialectical approach is sometimes criticized by some who argue that there is too much talk; I personally believe it is one of the best qualities of the Alliance: being an open place for discussion. 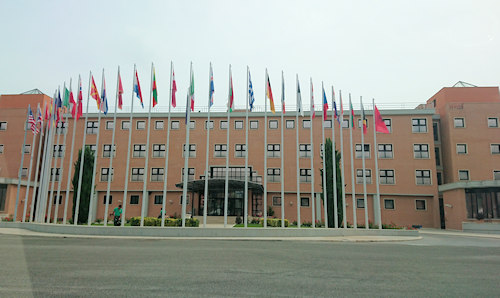 We grew up during the Cold War with the Soviet Union and until recently NATO seemed to stick with that period and that mentality. The United States has for some time been preparing for a direct (war) confrontation with China. Is NATO as an intelligent, adaptable organization preparing for the new challenge?

A few years ago there was talk of different "versions" of the Alliance. Taking a typical definition of the computer world, we talked about NATO 1.0, 2.0, 3.0 ... and so on.

1.0 was the one that traditionally dealt with the Warsaw Pact and the Soviet Union.

2.0 started after 1990 and was dedicated to peacekeeping or air stabilization operations, such as those that took place in the Balkans (Bosnia, Kosovo). They were areas bordering NATO and we have adapted to those conflicts.

3.0 arrives with September 11th. It is no longer peacekeeping ... it is counter-terrorism!

A variant 3.5 is later defined with the counter-insurgency, or local training activities and stabilization operations in Afghanistan and Iraq.

4.0 comes to life in 2014 when Russia illegally invaded Crimea and inspired the war in eastern Ukraine. The comparison becomes “hybrid”, even if as such it has already been maturing for a long time. The clash with Russia therefore moves to the political, economic and information level.

On the horizon, with a challenger like China, a 5.0 version now appears. However, we are at the beginning, the Alliance is wondering how to respond to the growing Chinese influence.

In military terms, many do not see China as a threat capable of projecting forces away from the Motherland. However, everyone agrees on the economic challenge represented by the country with the strengthening of its infrastructures and the Belt and Road Initiative (New Silk Road, ed). 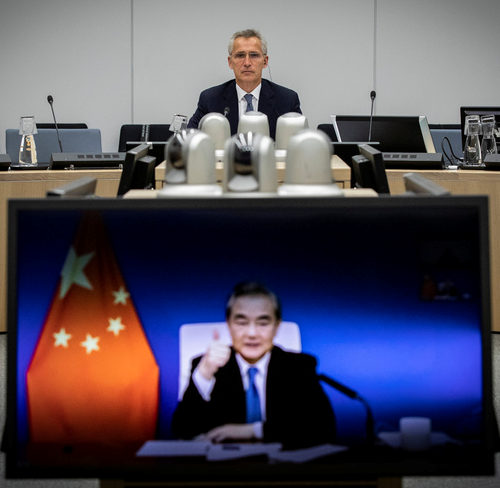 The growth of a country with precise business objectives and a huge population seems reasonable, as is the aspiration to protect its supply routes. But it shouldn't be underestimated ...

Returning to the initial question: is there therefore NATO attention towards China? Of course! But it is not a deviation but at most a course "correction". As has happened in recent decades, NATO has always been able to adapt to new scenarios.

As far as China is concerned, the risk is that a new country, with distant standards of living and culture, will lead the planet. When it comes (personal opinion) to the inevitable armed conflict, don't you think that Russia's "neutrality" will be fundamental to victory?

I absolutely do not believe that war with China is "inevitable", on the contrary I consider it largely "avoidable".

As for Russian neutrality, it would be great if it happened! If it remained neutral it would be good for the whole world. But Russia is very rarely indifferent to events ...

Russia will never be able to remain fair on matters in which it has a vested interest.

It appears from my observations that it is a difficult time for Russia as a global player, certainly not in terms of ambition but of capacity.

The commander of the NATO Defense College is a French general. Did the recent tension over Australian submarines reflect between you or did you joke about it?

For nothing. In the College we regularly follow and debate a lot of news. However, precisely with regard to this case, I believe there has never been a direct opportunity, not even for a joke ...

Friendship with France has been strong since the birth of the United States. The respective revolutions influenced each other and American independence itself was militarily aided by the French. When we joke we do it on other topics.

Is NATO the most extraordinary alliance in history? Although criticized over the decades, it has continued to grow. Will it have a limit, a deadline or can it just be replaced by a new Alliance in the future?

No alliance that broad, with so many nations involved, has ever lasted so long in history. Even going back millennia.

Much has been written over the past 30 years about its alleged decline. I remember an article from 1993 which basically said that NATO had run out of time and no longer had a reason to exist. But there were also those who said: “Not so fast! Russia may appear to be on its knees but it is not over and it could threaten Europe again ”.

Many people would like his end today too. Of course, he has not always achieved the objectives in the way he would have liked… but the values ​​of the Alliance have always been clear, especially in difficult times: dialogue, open discussion and common interests, up to the environmental ones in vogue today. 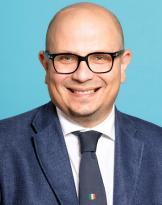 We interview the head of the Defense department of Fratelli d'Italia, Salvatore Deidda. We will try to understand ...
1601
Read 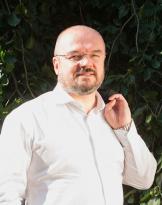 Deputy since 2013, member of the Defense Committee of the Chamber, since 2019 the Hon. Enrico Borghi is also the representative ...
673
Read 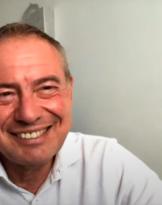 "The activity of the Security Information System is subject to the control of the Parliamentary Committee for ...
689
Read 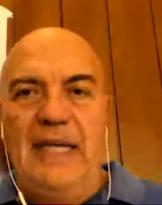 We interview the secretary of the Communist Party and co-founder of Italy Sovereign and Popular, Marco Rizzo. We will talk about ...
4566
Read 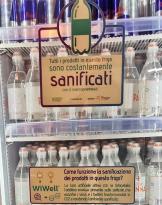 Despite more than two and a half years have passed since its "official" beginning, the Covid-19 pandemic still continues ...
1247
Read

When you are lucky and have the opportunity to interview a Middle East expert such as prof. Uzi Rabi would be ...
1299
Read

Within a few weeks, Airbus Defense and Space will have to decide on the choice of the engine that will equip the first ...
7769
Read

Many years spent with ENI digging oil wells around the world, a company whose Board of Directors "weighs" as much and more ...
1212
Read