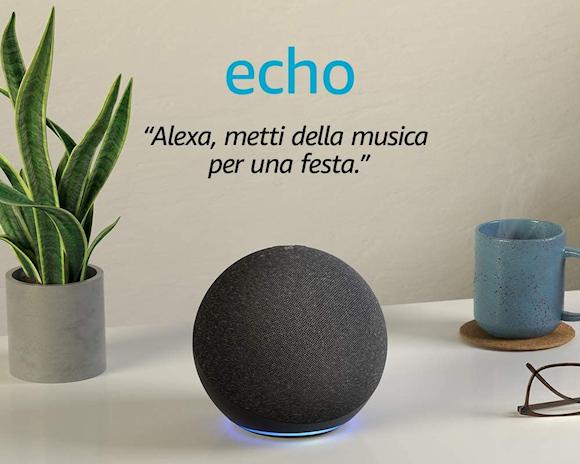 One might wonder what "common sense" means, perhaps looking for a definition in the Treccani dictionary, from which one would have: "Natural, instinctive ability to judge rightly, especially in view of practical needs: a man full of b .; even in exclamation, a little b., What the heck! ..."

But probably nowadays it wouldn't help, at least this makes me think when reading the headlines of this end of year 2021:

For those who don't want to or can't read English, the recap is quickly done: on December 26 a mother, Kristin Livdhal, tweeted that her XNUMX-year-old daughter asked Alexa to offer her a challenge and Alexa replied that she had found on the web (on ourcommunitynow.com) a very simple challenge: "insert a phone charger halfway into a power outlet and then touch the exposed poles with a coin". Be careful, don't do it! It may be dangerous!

The tweet, needless to say, raised a wave of controversy (and a mountain of like) and many people have perhaps realized that Alexa's Artificial Intelligence could be dangerous and this is a good thing, maybe someone starts using their brain again!

Reading the news, too, I was amazed. In fact, when I was four or five years old, for fun, without anyone suggesting it to me, I put my fingers in a socket and it was not pleasant even if fortunately without consequences. Be careful, don't do that either! It may be dangerous!

A lot of years have passed since then and on several occasions I have relied on common sense and in principle things have gone well, I will give you some examples:

- I avoided putting my head in the oven to dry my hair, in fact I thought that I could burn my hair;
- I avoided stopping a moving car by putting myself in the middle of the road, and even more incredibly I avoided having a small child drive my car, thinking that maybe I could cause some accident;
- I avoided leaving a loaded weapon in the kitchen, where maybe my son could have found it and accidentally hurt himself;
- I avoided drying my hair with the hairdryer while I was still soaking in the bathtub ...

Here, you may have wondered why all these examples of simple common sense, the answer is simple: because common sense must also be updated with the change of society, to the point of including the need to avoid leaving children at the mercy of digital tools that do not we know and do not understand exactly how to avoid leaving a bottle of medicines within reach of children, because this can be DANGEROUS !!!!

One last thing: technology is neither good nor bad per se, it just depends on how we (human beings with common sense) use it.

- Amazon Alexa told child to put a penny in a plug socket for challenge (cnbc.com)

Some time ago, for science fiction lovers, films called "Terminator" were released in which a robot was capable...
283
Read