Visit delegation of the French Army 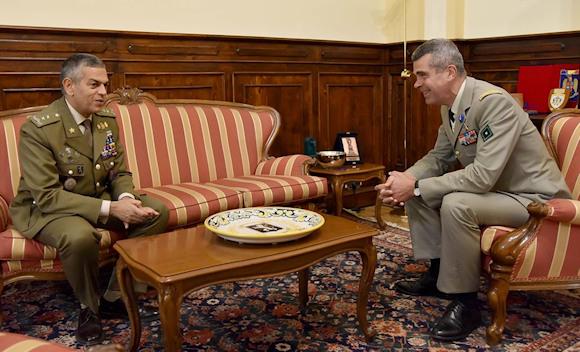 As part of the International Cooperation Plan, a delegation led by the commander of the French Military Academy of Saint-Cyr, Major General Hervé de Courrèges visited the command for training and application school of the Army.

Welcomed to Palazzo Arsenale by the commander of the Institute, general of division Mauro D'Ubaldi, he attended a briefing in which the didactic-training activities in progress and the future projects of the School were illustrated.

In particular, the foundations were laid for the possible increase in bilateral exchanges between Italy and France and it was a profitable opportunity for colleagues from across the Alps to present the "European University" project, a project involving the military training of the Army French.

During the day, the delegation was able to appreciate the rooms of Palazzo Arsenale, some facilities training sessions and visited the "Capitano Porcelli" sports centre, headquarters of the military equestrian center. 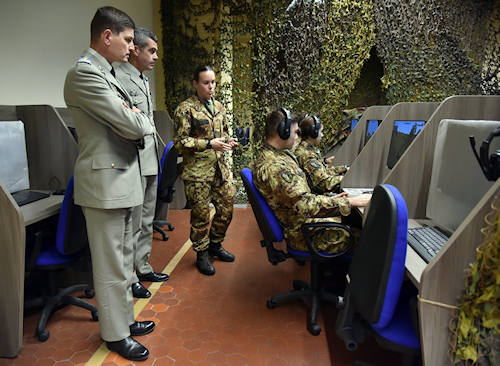 General de Courrèges had the opportunity to verify the consolidated collaboration between the Armed Forces, the academic world and the international, scientific and entrepreneurial institutions of the territory, as well as the educational and training path identified by our Army to prepare and update the personnel belonging to the different roles and to discuss the training of officers.

The close cooperation between the Army Application School and the University of Turin, through the special Interdepartmental University School in Strategic Sciences was the subject of attention from the delegation, as well as the valuable synergy with the Polytechnic.

In this context, they had the opportunity to chat with the two French students who are currently present in Turin, as part of the exchange programs for engineering study courses. The two commanders had the opportunity to share their opinion on the strategic nature of an international and European approach to the training of young officers.

The international exercise 'Cerces 2022' has ended, which saw the participation of a unit of the brigade ...
4130
Read

The "agreement for the collaboration...
304
Read