Mission to Djibouti for the 3 ° bersaglieri regiment of the "Sassari" 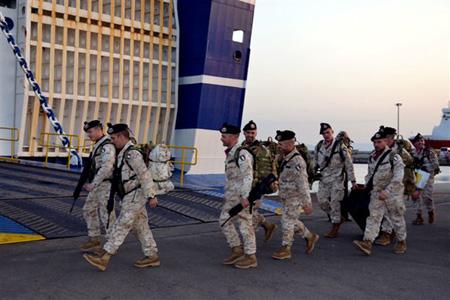 On the evening of last Saturday from the port of Cagliari a group of 30 men of the 3 ° bersaglieri regiment, of the "Sassari" brigade, which will be deployed in Djibouti from today to guarantee the safety of the new Italian base of interforce logistic support to the antipiracy mission "Atalanta" and "Ocean Shield".

The mission, conducted in the framework of the main UN resolutions, provides training and training activities in favor of the Armed Forces of the Republic of Djibouti for the stabilization of Somalia.

The use of the 3 regiment in Africa takes place at the end of five intense months of training and just over twenty years after his return from the "Restore Hope" operation in Somalia, where the unit was framed by the Italian contingent "Ibis 2 ". With employment in the Horn of Africa, the" Sassari "brigade expresses further operational capabilities that see it engaged on several fronts, including the one on Afghan territory.

The international exercise 'Cerces 2022' has ended, which saw the participation of a unit of the brigade ...
4000
Read

The "Freccia" exercise, which began on 4 October last, of the Army's anti-aircraft units deployed ...
1936
Read