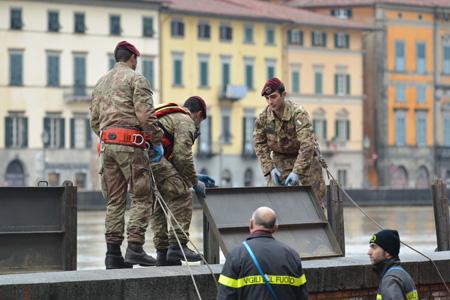 More than seventy military personnel have been engaged in this morning in Pisa to face the risk of flooding the Arno. The soldiers, engaged in the assembly of reinforcement bulkheads on the Lungarno Mediceo, intervened at the request of the Prefecture of Pisa.

The soldiers of the "Folgore" Paratroopers Brigade, intervening with means and materials in support of the local authorities, are working together with the volunteers of the Civil Protection and the Fire Brigade.

The Armed Force, thanks to the 'dual-use' capacity of its departments, in addition to operational use in international missions, is able to intervene in cases of public disasters and usefulness, at any time, throughout the Italian territory to support of the national community as recently happened in Sardinia and in the province of Modena.

From 5 to 18 September 2022, the “Folgore” parachute brigade participated in the multinational exercise “FALCON ...
7424
Read