USA: "We want to cooperate with Russia". But ideas about Syria remain very confusing 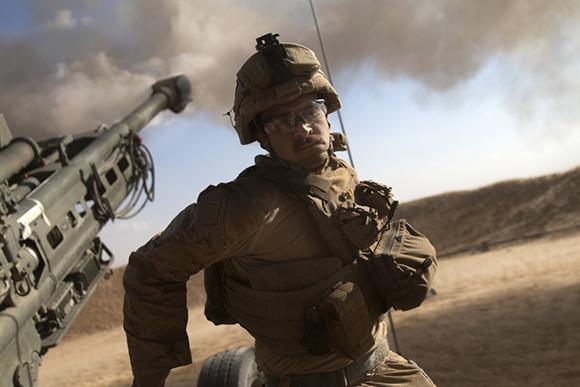 After the second two-day slaughter of Syrian aircrafts by US-led Coalition forces, the doubt about Washington's strategy has also come to the most convinced atlantists. The suspicions about who is the real enemy of the US in Syria have already been answered in different times, ways and contexts. The geopolitical trigger deriving from the actions of force against Syrian aircraft, however, deserves special attention, by virtue of the countermeasures adopted by the number one ally of Damascus: Moscow.

The Russian reaction to the downing of the Syrian Sukhoi the 18 June on the skies of Resafa was vehement. Immediate blocking of the memorandum on accident prevention and safety in the skies in Syria. Moscow accuses the United States of a game to say the least turbid: attacking the ISIS and at the same time the forces that fight it (the Syrians) seems much more than a balancing act. Not to mention that the Syrian armies are supported directly by the Kremlin both in heaven and on land and the risk of a direct confrontation between Americans and Russians, at least on paper, increases every day more. 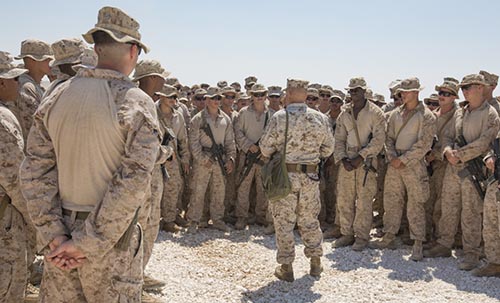 In reality, the chess game is much better for the Russians than a muscle test with a powerful but very confused interlocutor. The strategy of waiting had rewarded Moscow even when the Turks were to shoot down a Russian fighter in November of the 2015. Achieving a cooling of Ankara with the Atlantic front has revealed over time a political investment far more profitable than an immediate military response, without any strategic effects and very risky.

The United States, crushed between a natural logic of power and a disastrous geopolitical legacy in the Middle East, must still find a stable and credible course of action within the Syrian war. General Dunford's statements, released in Washington on Monday 19 June, tend however to optimism. According to the head of the United States' united states, America is working diplomatically and militarily to mend the rift with Moscow, trying to restore at least the security agreement in the Syrian skies.

After less than 24 hours from the declarations, an F-15 strikes down a Syrian Iranian-made drone on the skies of Al Tanf, in the area that the Coalition had allocated to the buffer zone between Iraq, Jordan and Syria, controlled in condominium with the rebels anti Assad. With one hand he asks for peace, with the other he pulls a fist.

Basically, the USA calls for cooperation with Russia, deus ex machina of the important Syrian victories of the last few months, but at the same time they cling to the only possible current objective: to occupy more Syrian territory possible to the east of the Euphrates, before reflecting on the future of Assad. 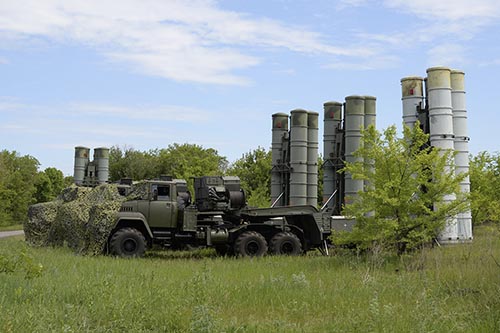 The Euphrates River, as a natural border within a Syria now torn apart by six years of war, is a refrain already heard. In the same statements by the Russian Ministry of Defense behind the demolition of the Syrian plane, the geographical reference was clear: "all Coalition aircraft operating west of the Euphrates, are considered traceable and identifiable targets".

Behind the simple dispatch there are important geopolitical reliefs. An area of ​​influence between the Euphrates and the Iraqi border, corresponding to the Syrian Kurdistan occupied by the Syrian Kurdistan, is indirectly recognized to the United States, who returned to the Syrian lot through the Kurdish card. Syrian Democratic Forces. In other words, the military efforts of the Kurdish-Arab front against the Islamic State are taken into consideration, not to encourage an even greater drama, in part already begun: the open conflict between US-backed militants and Syrian armed forces.

The American embarrassment is still enormous, in light of the sudden strategic emptying of the positions acquired in southern Syria (Al Tanf, the border between Iraq and Syria), due to the reunification of Assad's troops with the Iraqi border. The idea of ​​a buffer between Iraqi Shiites and Syria jumped to the question "What do we do now in Syria?" the Pentagon still can not and can not answer. The news coming from Syria continues to provide data in this direction. 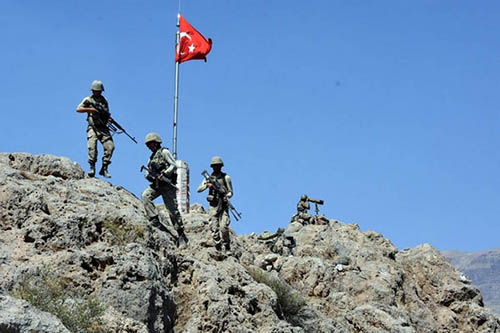 The Syrians continue to advance against the Caliphate approaching Deir Ezzor from more directions, aiming to reconquer large sections of the country and isolating the front of the Euphrates SDF. If Damascus were able to quickly liquidate the pockets of resistance around Hama and the suburbs of Damascus (the offensive on Jobar is underway), only the Idlib Governorate on the border with Turkey would remain outside the control of the central government. part of that of Dar'a, on the border with Israel. The first is now abandoned as a reservoir of the Islamist rebellion; on the second one continues to fight. Even the Syrian Demcoratic Forces continue to move south, but the dangerous variable for the United States remains the role of Turkey.

To "defend against the Kurdish threat", Erdogan continues to amass troops in northern Syria at this time. Ankara has never digested US instrumental aid to the Kurdish cause and a possible escalation between Turks and SDF (in this case in their component YPG), would make the US wire campaign beyond Raqqa secondary. The general feeling is that Washington pulls to live, waiting for something to happen. The greater return would come from a resistance to the bitter anti-Assad rebels and, paradoxically, also from ISIS's resistance.

The commitment and attrition of the Syro-Russian-Iranian front to date is the only means to increase the political weight of the American fight against jihadist terrorism and to justify the US presence in the Arab country.