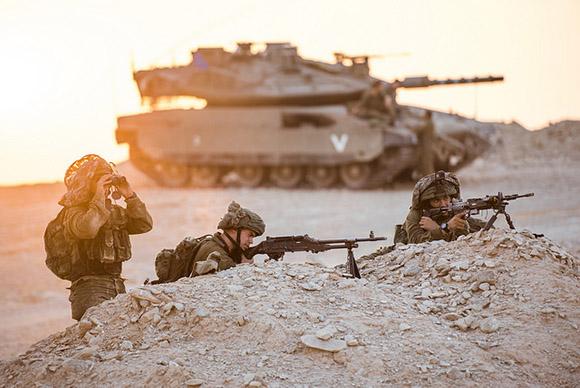 The Israeli government follows with great apprehension the evolution of the war in Syria. Iran's growing role as a pro-Assad front-runner scares Tel Aviv, who thinks about the postwar balance since 2015, since Russian direct intervention in favor of Damascus laid the foundations for a reversal of the outcomes of the war and a victory of the loyalists. Then, talks between Russian President Putin and Israeli leader Netanyahu sealed a pact: Israel gave the go-ahead for the Russian presence in Syria and substantially for the rescue of Assad; Russia in return guaranteed that Hezbollah would never have held lethal weapons for the Jewish state. The tacit agreement was made behind the Obama administration, little loved by the Israeli government and was the first step in a sensible downsizing of the American possibilities in Syria.

Two years have passed and although things have gone as planned in the general picture, the role of Shiite militias in Syria has grown considerably, probably more than Israel imagined. The factors to be emphasized are essentially two:

What Israel could not fully predict was the loss of a significant role for officially non-Islamic rebel groups. The data came from two main factors:

The situation on the ground is clear: Assad's troops, having uprooted ISIS from the north and from the center of the country (it remains only a bag east of Hama, now surrounded) are at 70 km from Deir Ezzor. The defeat of the Islamic State is now certain and its disappearance from the Syrian territory is a matter of months. Shiite militiamen, Iraqi armies, who are chasing after the Caliphate terrorists around Mosul, are taking part in a priority that is so eagerly awaited. Just from Iraq comes the news of the full liberation from the ISIS of Al Tafar (west of Mosul) by the PMU, more and more present in the military apparatus of Baghdad. If we add that the Syrian-Iraqi border east of the Golan is (or will soon) largely recovered by the government of Damascus thanks in particular to the intervention of Shiite militias, we understand Netanyahu's concern.

The Israeli prime minister fears that the consolidation of Iranian bases on Arab soil may soon turn into a platform for the launch of lethal ballistic attacks against the Jewish state. Fear is turning into obsession. Israel in tons, does not want an Iran permanently present in arms in Iraq and Syria. The facts however, for the moment they say the opposite. Just to understand the climate already projected after the Syrian war, Tehran has already made it known that the Iranians and their offenders will remain Syria until Damascus wants it. Amen. 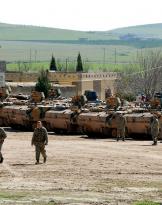