Home geopolitics Venturi Times Clashes between the Syrian army and the SDF. The cor ...

Clashes between Syrian Army and SDF. The victory race on ISIS forces the US to make a choice 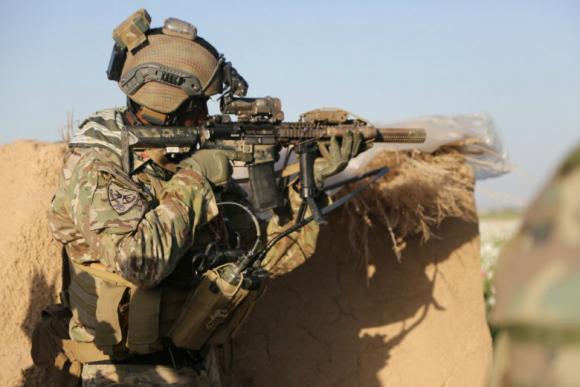 At Al Zakf, about 60 km of desert east of Al Tanf, the joint garrison between Free Syrian Army and US troops have been reinforced in the last 48 hours with the arrival of missile systems HIMARS. The supply of American forces passes through Jordan, the only outlet left to the departments in southern Syria.

Il Free Syrian Army it is a cartel of factions often at odds with each other, but united by the common struggle against the Assad government. In the south of Syria the most important branch is the Maghawir at the Thawra (Revolutionary Guards), formed and equipped by the United States to create a buffer zone south of Syria, out of Damascus control. The group has two characteristics: it has never fired a shot against ISIS; many of its militants had connections with Al Qaeda.

According to reports from military sources, the justification for the arrival of US reinforcements is the forecast of strengthening the Islamic State in the area.

The doubt arises in the light of the fact that the American forces and theFSA present around Al Tanf do not border with ISIS, but with the Syrian army that reached the border and joined the Iraqi paramilitaries operating across the border (read article).

As we write, reinforcements in the Damascus army come from Iraqi Shiite paramilitaries Harakat Al Nujaba, in anticipation of the next offensive on Abu Kamal, a Syrian border town on the Euphrates and controlled by ISIS.

The Syrians and their allies have achieved the goal of preventing the widening of the area of ​​inofenza to the pro-Western rebels (similar thing happened in the east of Aleppo, when the Syrians had cut the road to the Turks towards Raqqa). Now the ball is in the USA. If the Syrians proceed in the recovery of the southern border, eliminating the pockets of the Islamic State, the choices will be two: to watch; get in touch with the forces loyal to Assad.

The situation remains tense, because as the Islamic State disappears from the maps, it becomes increasingly important to understand who will regain control of the abandoned territories.

The concrete case comes from the western suburbs of Raqqa. The Syrian Democratic Forces backed by the US, they have already entered the urban area of ​​the self-proclaimed capital of the Caliphate. At the same time, however, the lightning advance of the Syrian army on the west bank of Lake Assad along the plain of Maskanah has brought the two sides involved in the ISIS to contact.

On the 4 national road, close to Tabqa, the 13 in June there were heavy clashes between Damascus regulars and SDF, with losses on both sides.

Here too it is good to make a clarification.

Le SDF they are depicted in the media as a Kurdish army supported by the USA. Above all on the front of Raqqa, the component of the YPG Kurdish is a minority compared to the Arab one. The Kurdish case with the liberation of Raqqa (Arab city) has little to do.

The real game then, will return to play soon between Syrian Armed Forces (and their allies) on one side and rebels to Assad on the other. When ISIS disappears, hitherto justified by the presence of the anti-ISIS Coalition in Syria, we must make a choice: will the Syrian army have the right to regain control of the national territory?

If the West does not recognize this principle, every scenario is open. Even a large-scale direct confrontation between US-backed militiamen (both SDF and FSA to the south) and regular Syrians supported by the Shiites.

In essence, once the ISIS is liquidated, it would return to the situation before the 2014, with the great difference that in the meantime Assad has regained the essential parts of the country and has on its side Russian forces displaced on the ground.

In all this should be considered as mentioned in the head. The Free Syrian Army it is an acronym behind which everything has been mixed. In the north, for the wholeShield Operation of the Euphrates, theFSA it was the crutch of the Turkish army. In these hours there are fighting between Kurds of the YPG (part of the SDF) and militia filoturchi, part of 'FSA. Both are supported by the USA.

As we write the field operations continue on all fronts.