Saudi Arabia: all countries (poor) who send soldiers to the slaughter on behalf of Riad 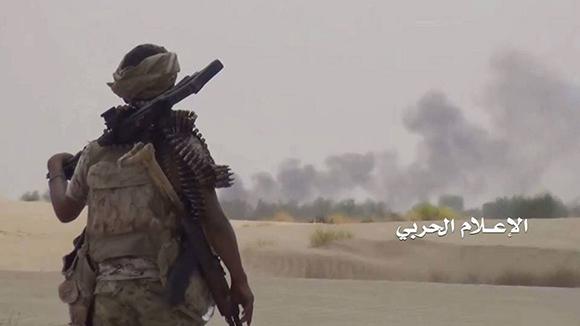 In the dirty war of Yemen, madness does not seem to have an end. The almost 15.000 civilians declared dead, hunger, the 125.000 infected by cholera, the 2,5 million displaced and the total destruction of a country already on their knees, adds another wonder: in the Arab Coalition under Saudi leadership that invaded the country in 2015, the presence of military contingents from African countries increases. How do you explain?

The Saudi Arabian international army relies on countries historically connected to Riyadh, as in the case of Pakistan, already engaged with 5000 men to reinforce the National Guard of the kingdom. The sign invented by the Saud in the 2015 for "fighting international terrorism" included 34 countries, then taken to 41, often included in the list in a creative way (v.articolo). But the common Islamic-Sunni cause or membership in the Arab League was not the only appeal; for some needy nations the political-financial appeal of Saudi Arabia has been equally fatal. Indeed, since the beginning of the war in Yemen, Senegal, Sudan and Mauritania have been on the payroll of Riyadh, respectively 158th, 135th and 136th in the world ranking of states by per capita GDP. Other political and logistical support in the Yemeni war was provided by Eritrea and even by the Islamic Federation of the Comoros, bringing the overall commitment to a total of almost 8.000 African regular soldiers stationed in the south of the Arabian peninsula.

The geopolitical penetration of Riad in the black continent is well known. If in part it is understandable in light of the fact that almost half of the Arab countries are African, the paradoxes must be highlighted. Just an example: under the umbrella of the ever-winning humanitarian cause, Senegal exports tens of thousands of desperate people to Europe, but due to strange astral conjunctions it manages to send 2100 soldiers to Yemen, 7000 km away from their borders. Senegal, which is not an Arab country, has never denied the support of Riyadh, obtaining, in exchange, useful investments to strengthen the Saudi presence also on the Atlantic side of Africa.

To return to the Arabs, the Sudanese General Defense Minister Awad Ibn Ouf, the June 9 announced the sending of a further detachment of troops in Yemen, necessary, according to the general, to respond to the "operational needs" of the operation Decisive Storm. Sudan is the Arab country with the greatest military presence in Yemen after Arabia, and the one paying the highest price for such a loving momentum. Only in the 2017 would have lost dozens of soldiers (Hezbollah sources speak of more than a hundred casualties) and huge quantities of war material in the Midi area, where they would have been attacked and massacred in repeated ambushes by Houthi forces. The sending of new Sudanese soldiers, who returned to the United States after years of frost (Defense Minister Awad Ibn Ouf visited Washington in early June), would compensate for the internal crunching of the Sunni front and the effects of the internal crisis in the Gulf countries: the withdrawal of the Qatari contingent, 1000 strong men so far displaced along the very long and fragile border between Saudi Arabia and Yemen, is now operative. In part, the compensation takes place with the influx of mercenaries who swarm the ranks of the Sunni fighters deployed against the Houthi rebels and troops loyal to President Saleh. According to the Yemeni general Ghalib Luqman (loyal to Saleh) there is talk of 400 mercenaries recruited only by Academi (the former Blackwater) around the world including African countries like Somalia.

There are too many to participate in a different war in a complicated, violent and unprotected media coverage in the West. Above all, the organs of information most sensitive to the social issues of Africa are sadly silent on the subject.