Home geopolitics Analysis Let me explain why Taiwan has reasons not to ...

Let me explain why Taiwan has reasons not to be calm 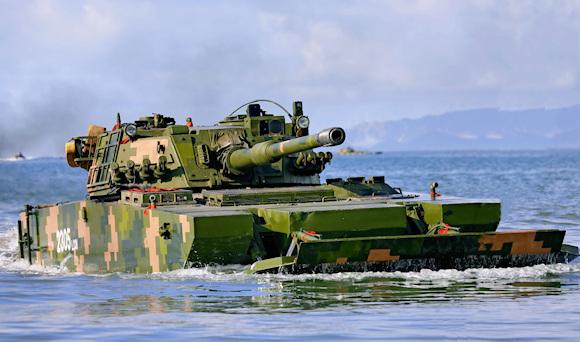 Of the defensive doctrine of Taiwan we have already written, as well as the measures that the rebel island intends to implement to face a Chinese invasion.

The assertiveness of the Xi Jinping era, on the other hand, does not bode well, as confirmed by the news about the intention to have at least 1000 nuclear warheads by the end of the decade.

Recent pictures too1 satellite, commented several times by the US Naval Institute of Annapolis, are included in the extensive literature on the subject.

The shots show the silhouette, in original size, of an aircraft carrier and two US destroyers, used as a target for ballistic missile tests, in the Taklamakan desert, in the northwestern region of Xinjiang.

Further proof, if ever needed, of the firm intention to consolidate Anti Access / Area Denial (A2 / AD) capabilities to be spent in the Taiwan Strait and in the East and South China Seas.

Once again, one wonders if that of a possible Chinese manu military action against the beautiful island - (Formosa is the name given to it by the Portuguese for the beauty of the landscapes) - both something more than a mere war school hypothesis.

What is certain is that, just by looking at the map, Beijing has more than one reason to attempt military action against Taipei.

Taiwan, due to its hinge position between the North and South China Seas, is the natural continuation of the defense system of Japan to the north, and with that of the Philippines to the south: states that are close allies of the United States. 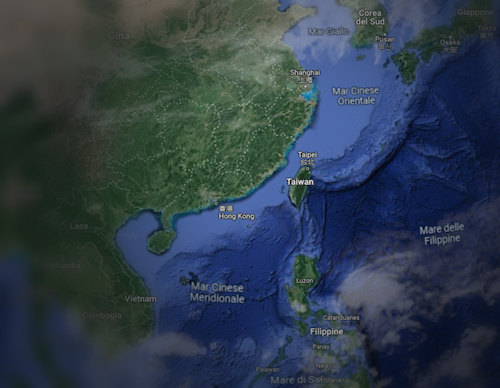 As such, it forms a bastion of the US system of containment of China within the first island chain2: the island system that connects Japan with Vietnam, skirting Taiwan, the Philippines, Brunei and Malaysia.

A system that Beijing needs to go beyond in order to give strategic depth to its maritime posture and to the defense of its own vital space.

It is therefore understandable that it places great importance on forcing this "encirclement", which prevents it from reaching the Pacific Ocean undisturbed, whose blue waters the world's first navy by tonnage cannot escape if it wants to reach the rank of maritime power. global.

An important operational capacity, to which must be added is that offered by the Coast Guard, to which a recent regulatory measure has extended some of the prerogatives of use of military vessels, such as the use4 weapons for the defense of the coast; and that of the fishing fleet5.

The latter, whose number is equal to half of the world fleet, are often used in the China Sea in nuisance and intelligence actions.

There are obviously also economic reasons to push Beijing towards Taipei. Over 80% of the energy supplies destined to power the huge Chinese industrial machine pass through that geographical quadrant, as do the goods destined for the Asian and European markets.

A flow that today is vulnerable as it is forced to cross natural bottlenecks, such as the Strait of Malacca and that of Rydkyu: all, not surprisingly, controlled by the USA and its allies.

Furthermore, the main Chinese ports are located upstream of the Taiwan Strait, and to reach the destinations they have to lengthen the routes, in waters manned by the United States. 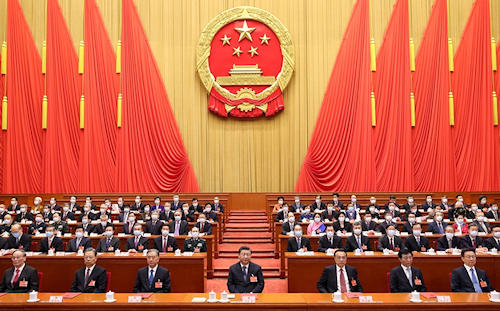 Finally, there are reasons that directly concern Xi Jinping's leadership and the "Chinese dream", the project on which his political action is centered.

It translates into the so-called "rejuvenation of the Chinese nation", which aims to restore China to the greatness of its past, and ensure its citizens superior levels of economic well-being, services, assistance and housing conditions.

The term "rejuvenation" was mentioned during the party's 100th anniversary speech6 by Xi 29 times, one more than the word "socialism" and seven times more than "communism", demonstrating the centrality that this plays in the current political project.

The "Chinese dream" predicts the transformation of China into one "moderately affluent society" by 2021, 100 years after the founding of the Chinese Communist Party; and the achievement of a China, "Thrives, forte, democratic, harmonious and with an advanced culture " by 2049, the XNUMXth anniversary of the founding of the People's Republic.

Obviously, this program does not include an independent Taiwan, which is, on the contrary, a thorn in the side, the demonstration in the eyes of the people of the inability of its leadership to carry out the territorial reunification of the homeland.

An element, the latter, which is central, because the Confucian root of China provides that the credibility of the leadership, and therefore the stability of the regime, are closely linked to the party's ability to act in the interest of the nation and respond to people's requests (including, precisely, that of seeing Taiwan politically integrated with the Chinese motherland). 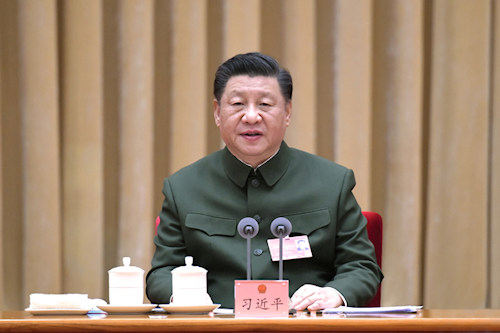 One last consideration. Xi Jinping, at the end of his next term, will be 73 years old (78 years if he will do another one). The current leader has certainly made many enemies, and many more will, who are waiting for the loss of power to take revenge.

From this point of view, leaving the seat with a Chinese Taiwan would mean entering the pantheon of the People's Republic in a position even superior to that of Mao himself, and becoming - he and his family - untouchable.

A not secondary consideration, for those who in the last 9 years have drastically reduced the ranks of the party and the armed forces fighting against corruption.

Also this particular, with excellent probabilities, has its weight in the future of the "shapely island".

As was widely expected, during the Summit of NATO Heads of State and Government in Madrid, Finland and Sweden ...
3103
Read

The international situation is evolving rapidly and there is no country that does not have to adapt. In an area of ​​course ...
8240
Read

The focus of geopolitical attention cannot be fixed; Ukrainian drama aside, Asia continues to stir up more than ...
8841
Read

The vote in the UN Assembly of the motion condemning Russia's aggression against Ukraine has ...
3194
Read

Last May 23, with a grand ceremony attended by President Recep Tayyip Erdoğan as guest of honor ...
4589
Read

While a part of the world watches with concern the evolution of the situation in Ukraine, in other regions of ...
8050
Read