Home Military world The 150 Chinese fighters in 4 days and the def ... 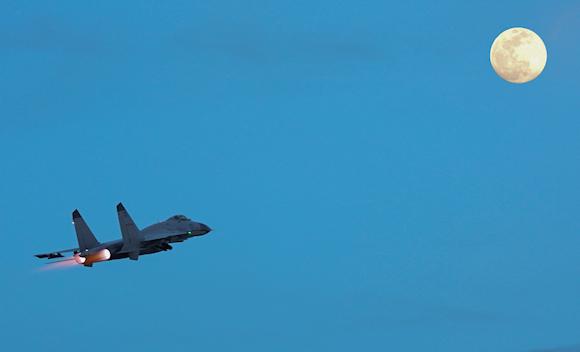 The news of the creation within the CIA of a department dedicated to China1 did not surprise so much the international observers, who had been waiting for such a measure for some time, as it happened during the Cold War with the opening in the agency of an office reserved for Russia, or, more recently, in the early 2000s, when it was set up a section dedicated to jihadist terrorism.

The decision is the consequence of the military escalation and verbal assertiveness that Beijing has shown in recent months.

In fact, from the beginning of the year until the beginning of October, Chinese aircraft violated the Air Defense Identification Zone (ADIZ) of Taipei over 600 times, about double what happened last year.

An escalation accompanied by a plethora of statements by Xi Jinping and his ministers, aimed at underlining the inevitability of the island's reunification with the Motherland. 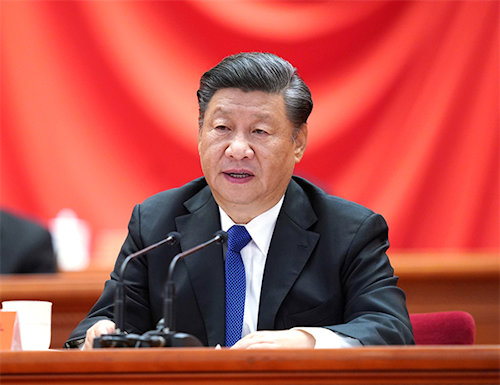 A narrative revived last week, during the celebrations for the 110th anniversary of the 1911 Revolution3, when the helmsman returned to the theme of secessionism, judged "The biggest obstacle to national reunification", and on that of the national will "no one should underestimate determination and abilityà of the Chinese people in safeguarding sovereigntyà and integrityà territoriale".

That said, we understand the growing concern of the president of Taiwan, Tsai Ing-wen, who has repeatedly referred to the "catastrophic consequences for regional peace and the system of democratic alliances " than a possible Chinese annexation militarily of the island would have in the global context, if only for the "victory of authoritarianism over democracy".

To confirm the extreme danger of the moment, the Minister of Defense of Taipei, Chiu Kuo-cheng also thought about it, what days ago he indicated4 in 2025 the time limit within which Beijing will launch the final attack: "it is the most difficult situation I have ever seen in over 40 years of military life", he said referring to the more than 150 military aircraft of the People's Republic (PRC), which from 1 to 4 October last violated the Taipei ADIZ.

In the general situation, the moment of choices is also approaching for the US, which must decide until when they can continue with their traditional policy of "strategic ambiguity", consisting in the recognition of "only one China5”, That of Beijing, while maintaining very close relations with the other, of Taipei, on the basis of the Taiwan relations Act6, the document, signed by President Carter in 1979, in which Washington, while not ensuring intervention in the event of an attack, promised to "To make available to Taiwan military goods and services for the defense of the island, in the quantity necessary to allow it a sufficient capacity for self-defense".

Recently, Washington has increased its sales of materials and armaments7 in Taiwan, with the sale of 66 new F-16 Block 70/72, followed by the sale of 4 MQ-9B armed super-MALE UAVs Sea Guardian, of 100 coastal defense launchers for anti-ship missiles Harpoon Block II, 11 HIMARS mobile launchers for ATACMS tactical ballistic missiles (with 64 missiles) and 135 SLAM-ER standoff air-to-surface missiles with which to equip the F-16s.

In line with the Taiwan Act it is also the news8, relaunched by the Wall Street Journal and not denied by the Pentagon, of the presence on the island of two dozen US raiders and marines who have been training Taiwanese for over a year in static and dynamic defense procedures of the territory, including the use of fast boats.

A US Army's 1st Special Forces Group promotional video was also circulated about these joint activities, which was withdrawn when the footage started creating too much hype.

The Taiwanese, for their part, did not stand by and watch. Not only did they increase the defense budget item, which exceeded 11 billion dollars in 2020 (compared to Beijing's 250 billion ...), but they also announced a new Global Defense Concept (CDG). 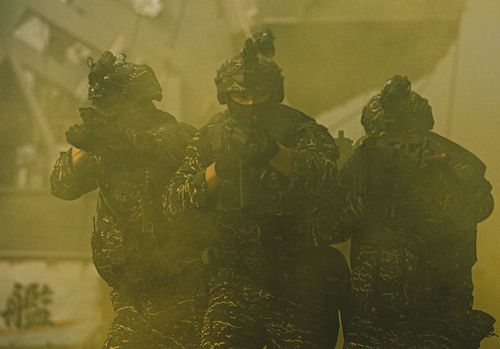 Formulated9 in 2010 by the former chief of general staff, Admiral Lee Hsi-ming, the CDG starts from the observation that the armed forces of Taiwan cannot win a conventional war against China.

Rather, they must concentrate the limited resources available to express the right degree of deterrence, and if this fails, be able to survive the first attack of the People's Liberation Army (EPL), remaining in the conditions to carry out repeated decisive counterattacks, with the '' use of electronic countermeasures, redundant / decentralized communication systems and being able to count on well-equipped and trained forces, with great mobility and cloaking capabilities.

The new defense concept, called "porcupine", is designed, on the one hand to make the most of the protection possibilities offered by the particular conformation of the island, and on the other hand to increase the asymmetrical defense capabilities in order to discourage and repel as long as possible the Chinese landing and advance, with the "hope" of an eventual intervention by the American ally.

The CDG, in fact, while hoping between land lines l'US intervention, establishes for the first time, that the defense of the island rests solely and exclusively with the armed forces of Taiwan.

The new global defense concept Taiwan therefore rests on three conceptual cornerstones, the first of which is that of strength conservation (force preservation), according to which the armed forces must maintain their defense capabilities intact, with the combined use of mobility, camouflage, concealment, deception, electronic disturbance and operational redundancy. 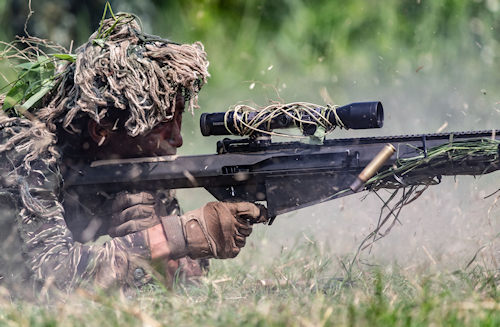 The second cornerstone is that of conventional forces, which must preserve their readiness and responsiveness, and which are particularly useful in countering those Chinese military maneuvers that are located below the threshold of armed conflict (gray zone), such as the passage of airplanes and ships within the Taiwanese ADIZ. Efficient and trained opposing conventional forces obviously represent for the Chinese military planner a nuisance and an obstacle to overcome.

Finally, central to the architecture of the CDG are the asymmetric warfare capability, which constitute the third conceptual pillar, to which the task of overcoming the power gap with EPL is mainly devolved.

We are talking about asymmetrical systems of small dimensions, mobile, lethal and numerous, able to operate dispersed in the ground. These include sea mines, unmanned vehicles / aircraft (UAVs) and automated coastal missile defense installations.

The Taiwanese generals are convinced that only by inspiring the operations on the ground to a combined and harmonious use of the aforementioned doctrinal pillars, the armed forces of Taipei could fight favorably when the EPL were to land on the island, and destroy (or just repel with success) the enemy on the beach, before they manage to enter the island.

It would mean gaining a temporal advantage that would provide the American armed forces, if they so wished, with the time to intervene on the island to defend its inhabitants. 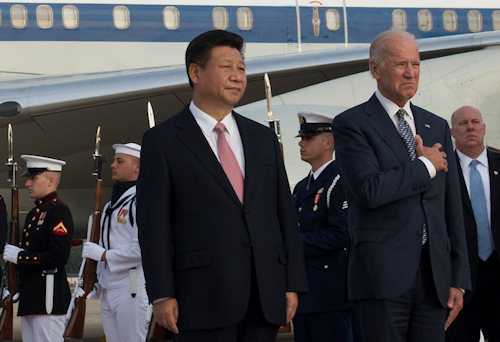 And here the speech becomes complicated. Forcing the inevitable Chinese naval blockade around the island would mean for the US to expose itself to immediate retaliation, conducted, for example, by submarines that can only be located after the launch of missiles directed against American vessels. But not only. The intervention of the American naval combat group could also provoke a simultaneous attack with precision, conventional and tactical nuclear missiles, launched simultaneously from multiple sites on the mainland.

In this case, the US would only have to react on targets located on Chinese territory, which would bring the conflict to a point of no return.

Seen from this perspective, which leads to possible kinetic escalations, the American intervention, net of the declarations and support offered to Taiwan, appears far from obvious.

It does not therefore remain to ask whether, in addition to its inhabitants, there is someone on the planet today willing to die for Taiwan.

Yesterday, with the overflight of the Forward Operating Base (FOB) of Menaka, in Mali, by three ...
7592
Read 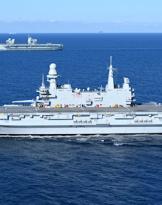 The Navy has released a document which summarizes the vision of the Armed Force about the maritime instrument of the ...
13690
Read 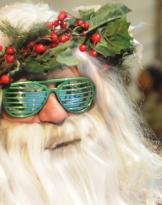 Under the tree this Christmas, shoppers and rangers found a nice gift from SME. In fact, based on ...
16952
Read 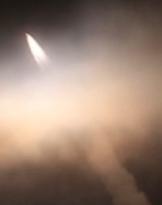 While the Western media denounces Russian provocations on the border with Donbass and Kiev calls for NATO help ...
3855
Read 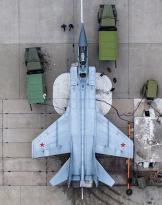 Five years after returning to the Middle East with its own stable military base in Syria, albeit the ...
16031
Read 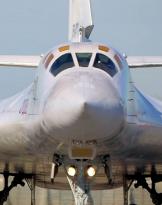 On November 25, 1981, an American spy satellite transmitted unclear images of a large bomber, with wings at ...
5710
Read 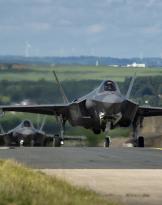 The coalition supporting the new German government wanted to reaffirm Germany's full adherence to the ...
5524
Read 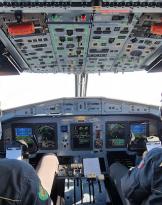 In the last decade, the Mediterranean sea has assumed a central role in what we could define as a "problematic ...
4335
Read 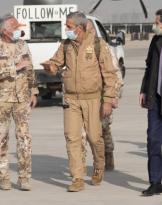 The Italian missions in Iraq and Kuwait: a strategic presence

On November 26, the visit of the Hon. Matteo Perego di Cremnago, member of the Defense Commission of ...
4052
Read