Good bye Afghanistan: the lack of understanding of the Afghan system as the cause of the defeat of the Coalition 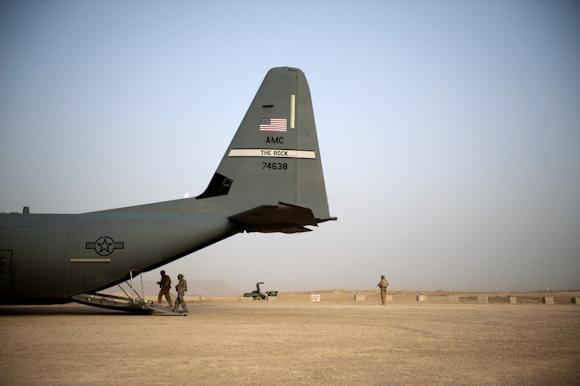 This has been the cost - tremendously high for what has always been served up as a "peace mission" - of the national armed presence in Afghanistan for twenty years now. What Italy remains of this experience is neither politically usable nor humanly tangible. Beyond something useful (experience in the field) to update the military doctrine relating to the counter-guerrilla, for the rest a handful of sand as a souvenir is what the Italians bring back from the "tomb of the Empires".

Il "we told you so" of veterans of all ranks, from generals to simple soldiers, resonates as a condemnation for the entire national political class, from right to left no one excluded.

And if military honor is saved thanks to the battles won and the work done, the political one risks collapsing under the heavy guilt of not having wanted to save - again - the Afghan interpreters and collaborators of our contingent who, for various reasons, they supported the presence of our forces in the country, contributing to the success of the operation in one of the provinces, that of Herat, in which the Taliban presence was massive.

Twenty years of sacrifices thrown away for the electoral calculations of others, is the sad story of an Italy that participates in international missions for orders from abroad and not for national interests.

In an interview a few days ago, General Marco Bertolini declared that "Afghanistan is not a Western country". A geographical obviousness may be said, but it contains a great historical truth: Afghanistan is a land that cannot be conquered and then "liberated" according to the canons of Western war and politics. Afghanistan is not a nation but an agglomeration of tribes where ethnic affiliation is strong, even more religious, isolationism is very strong because it is in the "small spaces" that power is exercised and its management logic is clan.

Afghanistan is in a strategic position, since the time of the Anglo-Russian "great game" of the late 800th century where it acted as a buffer between the Tsarist Empire and the British Raj of India, and then held the same role between the Union Soviet and India.

Today the Wakhan Corridor connects Afghanistan to China, wedged between Pakistan and Tajikistan and will certainly be, with the victory of the Taliban, one of the most pressing geopolitical problems for Beijing (v.articolo).

Geography condemns Afghanistan to be periodically at the center of international disputes, victim of pushes and counter-pushes coming from the West and the East, from the North as well as from the South, but history wants him to be particularly "proud" of his tribal freedom.

There is a red thread that links the defeat suffered by the British at Gandamak in 1842, the withdrawal (despite the victory) of the red jackets from Kandahar in 1881, the defeat of the Red Army in the decade 1979-1989 and the hasty flight of the Coalition. after twenty years of war and guerrilla today. And this "red thread" is that of the lack of understanding of Afghanistan, of its profound essence.

It is enough to look at the human development index, the infrastructural level, the progress in the quality of life that the troops and civilian officials of the Coalition have brought to the Afghan provinces which, for a period, they governed directly and then "de facto"; a positive work has inevitably been carried out but it is an "alternative model" of life with respect to the Afghan standards that could not be accepted by the population.

The same goes for the Afghan governmental institutions that are too weak, too distant from the people, unable to control the territory because they are modeled on the basis of Euro-Western statehood.

The Afghan army, trained and equipped by the Coalition, melted like snow in the sun in the face of the Taliban advance, entire departments crossed the borders with Iran and Pakistan handing over their weapons to avoid the sure Islamist retaliation and the the same "resistance front" announced by the government and some Western journalists is nothing more than the fruit of propaganda spread a few hours after the sure fall of Kabul.

As the Afghan tragedy unfolds, with Kabul becoming a new Saigon, and with the white flags of the Taliban flying in the suburbs, the "dream" of the Europeans in NATO (far more radical than the US neo-conservatives) to make this land of Central Asia a liberal democracy.

Americans were interested in hunting down terrorists in a "pacified" and warlord-dominated Afghanistan, perhaps the most realistic alternative to the Taliban Emirate, Europeans were instead "dazzled" by the dream of exporting democracy.

Afghanistan has been a reversed Iraq from this point of view and we have paid the consequences and we will pay dearly for them.

The international situation is evolving rapidly and there is no country that does not have to adapt. In an area of ​​course ...
3849
Read

The visit of the Chinese foreign minister, Wang Yi, who in the second half of May touched several small states ...
1033
Read

The focus of geopolitical attention cannot be fixed; Ukrainian drama aside, Asia continues to stir up more than ...
8736
Read

The vote in the UN Assembly of the motion condemning Russia's aggression against Ukraine has ...
3083
Read

Wars are not only fought on the battlefield but also on agricultural fields. The world is witnessing a ...
1461
Read

The rise of China as a global economic and geopolitical superpower has heightened tensions and concerns about ...
3245
Read

Last May 23, with a grand ceremony attended by President Recep Tayyip Erdoğan as guest of honor ...
4479
Read

While a part of the world watches with concern the evolution of the situation in Ukraine, in other regions of ...
8009
Read