The future of Afghanistan? Chinese! 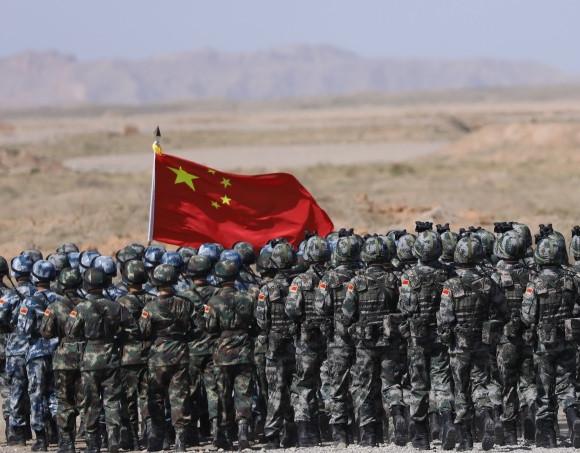 These days crocodile tears are wasted in relation to the sad fate of the Afghans, in a country that is inexorably falling under the cruel control of the Taliban. We are terrified but equally we do nothing in the face of the inevitable bloody revenge to which all those who the new masters will accuse, rightly or wrongly, of having sympathized with the "values" that the West has pretended to export to the country. Pure hypocrisy!

It was evident that it would end this way and it has been since the last three presidents who succeeded each other at the White House (Obama, Trump, Biden) began to advertise "withdrawal" dates from the country. An "end mission" that had only electoral purposes domestic.

Accurate analyzes by retired generals are also rife as to "why" the US and its allies lost in Afghanistan. Analyzes that suggest, which I fear will only remain a useful document for future historians, but that they will never be turned into training by the Western political classes in view of new (unsuccessful) military operations.

So, let's be honest: “American” Afghanistan is irretrievably lost! That is, there will not be (at least in the next decade) an Afghanistan inspired by Western "values".

The Taliban will carry out their cruel "revenge", not because they are "barbaric", but because such modus operandi it is tremendously effective in imposing one's control over the country when one is numerically a minority.

There will be no mercy, nor could there be, and Western appeals not to perpetrate bloody "revenge" will only have the opposite effect, as the Taliban will have to prove that they are not afraid of "infidels".

Those who believed in what the US and the Allies promised will flee abroad (if they have the chance) or will dramatically regret having trusted us or, sometimes, the new masters with easy decapitation will not even give them time to regret it.

Laughable are the threats from the UN and the EU to "isolate" the country if the Taliban do not respect the pacts! International isolation far from being feared will be desired by the Taliban when they take power (I repeat: "when" not "if").

Furthermore, I do not believe that in reality, beyond the rhetorical and empty proclamations, there will be such "international isolation".
Already today the Taliban enjoy external support from many countries that would not be willing to officially declare it. The links with Pakistan and Qatar are well known, but perhaps all Political Islam is not too hostile towards them. Erdogan's Turkey itself, which will maintain a presence in the country and which over the years has been able to build a network of important interests there, should not have too many problems in coming to terms with them.

Then of course there is China, which will be happy to replace the American presence in the country (a country from which, however, it is separated by a short and impervious land border).

There have already been formal contacts at ministerial level between China and the Taliban and certainly we will not have limited ourselves to talking about the religious rights of the Uighurs (let's be realistic: China would not need to come to terms with the Taliban for the Uighurs since it is not came to terms with the entire West for Hong Kong).

Let us remember that Afghanistan, which was already on the old "Silk Road" in ancient times, is also today on the route of the new Belt & Road Initiative terrestrial!

There are important reserves of natural gas, cobalt, lithium and gold in Afghanistan that the Taliban alone might not be able to exploit, but which can serve as a bargaining chip to obtain international protection from those who, like Beijing, are has few qualms in terms of human rights.

Furthermore, the TAPI gas pipeline (Turkmenistan-Afghanistan-Pakistan-India), which will transport natural gas from Turkmenistan through Afghanistan, Pakistan and India is considered the symbol of the energy redemption of all Central Asia and its construction will involve billions of dollars in royalties for whoever truly controls the Afghan territory and for their sponsors (i.e., again, China).

A greater Chinese presence in Afghanistan would allow China to reach the Arabian Sea (a key element of the Belt & Road Initiative maritime).

Furthermore, by doing so, Beijing would isolate India which remains its main opponent in South Asia and a cornerstone of the Quadrilateral Security Dialogue built by the USA with an anti-Chinese function.

To the west of Afghanistan, Tehran, already on the US "black book", would not disdain to maintain open relations with the Taliban, also because the richest regions of Afghanistan are precisely the western ones bordering Iran and where large percentages of population are of Shiite religion

I would also think that Russia's interest in the country is likely to return, which is likely to be happy to negotiate with the Taliban to obtain assurances that they will not foment Islamist movements in Russia or in the ex-Soviet republics of Central Asia.

In conclusion, Afghanistan will return to the "Taliban Middle Ages", the West will condemn and tear its clothes off, China (first and foremost) and other opposing powers of the US (Russia, Iran, Turkey) will do good business with the new bosses not giving a damn about free elections, human rights and women's rights.

As was widely expected, during the Summit of NATO Heads of State and Government in Madrid, Finland and Sweden ...
4104
Read

The international situation is evolving rapidly and there is no country that does not have to adapt. In an area of ​​course ...
8383
Read