Home geopolitics Analysis China - Vatican: the reasons (and risks) of ...

China - Vatican: the reasons (and risks) of the new agreement 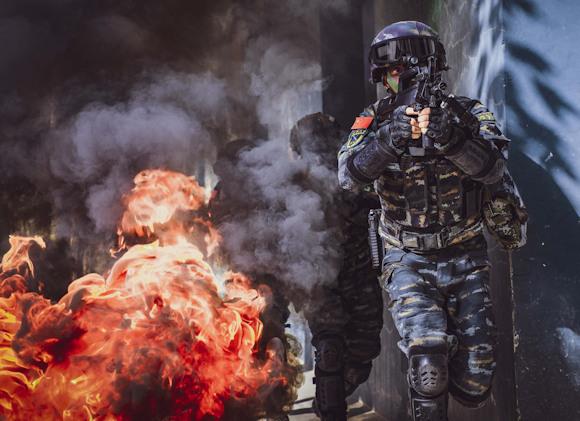 The news of the confirmation of the agreement between the Holy See and the People's Republic of China on 22 October was in the air.

Signed for the first time on 22 September 2018, the document recently renewed by the Vatican ad experimentum it is exclusively pastoral in nature and, according to official declarations, does not affect the field of diplomatic relations and the legal status of the Chinese Church.

However, it confirms the appointment of bishops "agreed" with the state authorities, and in doing so, gives the agreement an important political significance, even if only for the come to terms with a millenary religious institution with an autocratic and ontologically atheist power, which tramples on the religious freedom of its citizens and their rights.

On the other hand, this meaning also emanates from the way in which the operation has been prepared over the years, and from how the Holy Father has strenuously defended it.

The news of the agreement, two years ago, was - at the time yes - welcomed everywhere with great surprise.

Relations between the two states were in fact interrupted in 1949, with the seizure of power by the Communists of Mao and the ouster of the nuncio Antonio Riberi.

There are 12 million Catholics present in the country today, part of those 68 million Christians who the Pew Forum on Religion & Public Life expects to exceed 72 million (5,2% of the population) by the end of this year. 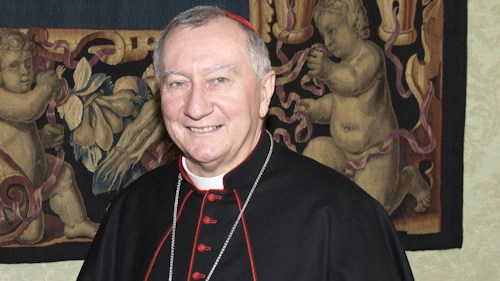 Important numbers, behind which lies the approach to the Asian giant promoted by the Secretary of State, Card. Pietro Parolin (photo), the real director of the operation and Francesco's inspiration.

This agreement, net of the impulse given to it by the current successor of Peter, is the result of decades of particular attention that Rome has reserved for China, and the letter1 of Benedict XVI in 2007, in which he hoped "The normalization of the life of the Church in China (through) a frank, open and constructive dialogue with the Authorities", it is proof of this.

The agreement promises to strengthen the Catholic presence in a continent mainly populated by Muslims, Hindus and Buddhists, which is a not secondary factor, considering that the pope is still a Jesuit, who recognizes evangelization as one of the cornerstones of the Order.

For Francesco, an officially recognized presence in China, as well as referring to the grandeur of Father Matteo Ricci's action2, would offer, in an age of growing secularism and increasingly empty churches, the possibility of reaching hundreds of millions of potential faithful.

The South American pope, on the other hand, never misses an opportunity to promote the universality of a "post-Western" Church (no longer centered on the continent that welcomed it and projected it to the four corners of the planet), and to direct his work of evangelization is increasingly looking to the east, where global power has now shifted.

In this perspective, the agreement with the new Chinese Imperium makes the Church "organic" to Chinese society, replicating - with all the necessary distinctions - what happened in the fourth century with Constantine.

There is, in fact, a strong analogy between the purposes that led the Roman emperor to absorb Christians - the strengthening of his figure and the internal cohesion of the empire - with those of Xi Jinping, who proposes on the one hand to collect the undeniable political and diplomatic dividend and, on the other hand, use religion instrumentally, whatever it may be, to better control citizens and compact the state. 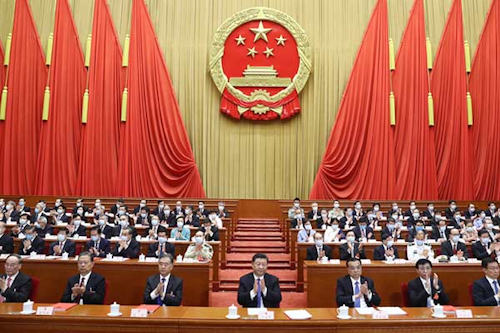 Some aspects, however, remain obscure, and deserve an in-depth analysis.

Because if on the one hand the spirit with which the Church of Rome agrees with the People's Republic of China is clear, the same cannot be said of the other signatory of the agreement.

Indeed, the greatest pitfalls arise precisely from the likely asymmetry with which the two states perceive, each in its own way, the mutual rapprochement.

If the Roman perception is, in fact, in line with the reasons for evangelization just mentioned, coherent, then, with the original apostolic message, that of Peking appears at the moment essentially to coincide with the advantage, also in terms of image, deriving from the agreement with the main moral and spiritual authority of the West, its competitor.

Obtained, this advantage, mind you, at the same time as the other pillar of our civilization, the temporal one (pass the improper use of the term, which here intends to indicate the reference power of our civilization), embodied (until when?) from the USA, that same moral authority openly criticizes, as did Secretary of State Mike Pompeo two weeks ago3.

In this perspective, the Vatican even ends up favoring Beijing in its global affirmation, disguised behind its support for a marked multilateralism, which essentially aims to gain room for maneuver to the detriment of Washington, to create a new world order.

Interlocution with the head of the Catholic Church then has the effect of "cleansing" Beijing of the "sins" that the international community ascribes to it, and confirms its activism in the main international forums, at a time when America is Trump increasingly succumbs to isolationist impulses.

The impression is that Francis has considered all this, and that, in addition to the (legitimate) desire to increase his flock, a certain globalist vision prevails in him, daughter of the cultural background in which he was trained in the country of origin.

Then, once again, the political character of the operation re-emerges, just as the pope's silence to the cries of pain of Chinese Catholics loyal to him, those of the underground Church that still lives the ostracism of the other on its own skin, is exquisitely political. Church, the "patriotic" one, in a daily reality made up of persecutions and violence.

Not to mention the apparent indifference to human rights trampled on every day in Hong Kong and Taiwan (v.articolo), and in the re-education camps of Xinjiang, where over a million Uyghurs of Muslim faith are locked up (v. article).

The danger of a sinization of the Christian message, ie the realization of what Xi Jinping calls religion with "Chinese characteristics", would transform the proclamation of the Gospel into a new instrumentum Imperii - history repeats itself -, with the result, this time, to make the Church of Rome an accomplice of the new emperor.

Finally, there is the concrete possibility that in pursuing the new frontier, the Church of Francis, in stark contrast to that of his predecessors, loses sight of the geographical location of the "Christian event", which, although currently weakened by the dominant culture and from common thought, to our continent, and to him alone, it owes its universality.

If that happens, it would be the end of the West.

Mario Draghi spoke of Turkey as Italy's main trading partner in the region that includes the Middle ...
83
Read

The Mediterranean once again lends itself to being the ideal backdrop for those wishing to shift attention from Ukraine; ...
1183
Read

As was widely expected, during the Summit of NATO Heads of State and Government in Madrid, Finland and Sweden ...
4170
Read

The international situation is evolving rapidly and there is no country that does not have to adapt. In an area of ​​course ...
8407
Read

The visit of the Chinese foreign minister, Wang Yi, who in the second half of May touched several small states ...
1109
Read

The focus of geopolitical attention cannot be fixed; Ukrainian drama aside, Asia continues to stir up more than ...
8903
Read

The rise of China as a global economic and geopolitical superpower has heightened tensions and concerns about ...
3361
Read