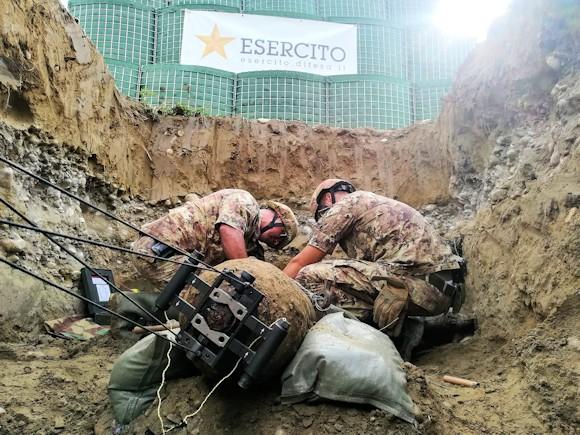 The bomb squads of the Army of the railway engineering regiment of Castel Maggiore (BO) defused a US-made military device dating back to the Second World War, occasionally found during some excavations in Pian di Macina, in the municipality of Pianoro (BO) . The bomb, a 64-pound AN-M500 GP aircraft bomb (with a total weight of about 243 kg), had already been secured by the actual soldiers of the Railway Engineers Regiment who intervened starting last July 13 to circumscribe the evacuation area.

The delicate disengaging operation, carried out in the field by a team of specialist blasters who have repeatedly carried out similar activities in Italy and abroad, saw the removal of the two quills from the device and, subsequently, the transport of the bomb at a quarry neighboring where it was made to shine.

The operations were coordinated by an Army officer, seconded for the entire duration of the delicate operation at the crisis unit activated by the prefecture of Bologna, while on the site there was a bomb squad. 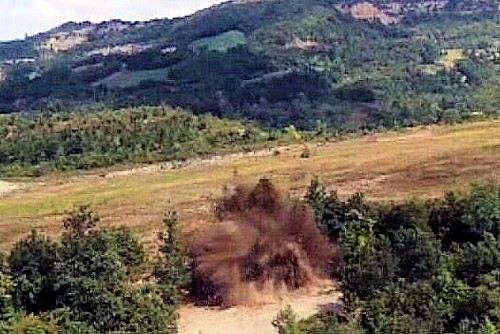 On the basis of the indications provided by the Army's specialists, in order to guarantee an adequate security framework for all citizens, from the early hours of Sunday the residents were evacuated within 1840 radius from the place of discovery of the explosive artifact. The operations of removal of the triggering artifices took place in a very short time given the complexity of the operations, just 45 minutes, allowing a rapid return of the population in their homes.

The specialists of the railway engineer regiment, once again coordinated by the Northern Operational Forces Command of Padua, intervene daily with an areal criterion, to defuse war devices. From 18 April 2006 (date from which the railway engineers regiment operates in the occasional reclamation of the territory from remnants of war) to today, there are 65 large aircraft bombs equipped with triggering devices made to light up, almost 160.000 destroyed devices, of of which about 130.000 in Ponte Ronca, inside a former powder magazine bombed during the Second World War. 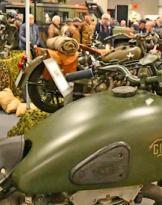 The 15th edition of the "Motor Bike Expo 2023" has just ended in Verona, the great fair dedicated to motorcyclists and...
65
Read

Also this year the Army participated with an information stand in the well-known event dedicated to the world of comics, the...
297
Read

The oath of the officers of the 36th course of the reserve took place in the Aula Magna of Palazzo Arsenale...
4919
Read