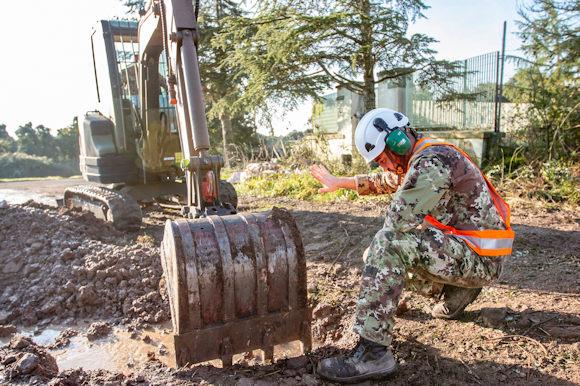 The 5th Engineer Regiment, unit stationed in Macomer framed in the brigade Sassari, which has its origins in the ranks of genius miners, celebrates its 125th anniversary.

On 1 November 1895, the 5th Genius Miners Regiment was established in Rivoli (TO), a unit that provided personnel for the contingents engaged in the Italo-Turkish war in the two-year period 1911-12.

Subsequently, during the First World War, it was the protagonist of the "mine war" against the then Austro-Hungarian enemy, providing its own units to the army corps deployed on the front. The underground battles in the belly of the Dolomites are memorable, in particular on Monte Sief and on the Col di Lana, which, between alternating events and incredible sacrifices, contributed to the victorious conclusion of the conflict.

In particular, in 1917, the miners of the regiment became protagonists of the construction of a complex system of corridors and tunnels of 6,5 km long, of which 2,3 km were dug into the hard Dolomite rock, the so-called "Strada delle 52 galleries ”on Monte Pasubio. The cyclopean work carried out in just 9 months by the 33rd miners company, the 26th miners company and the Sardinian autonomous platoon (all units belonging to the 5th regiment), with pneumatic hammers and enormous quantities of explosives, played a fundamental role in allowing the supplies of the troops at the front and for the maintenance of Italian positions. The road, perfectly preserved, mainly insists on the territory of the Municipality of Posina (VI), which recently conferred honorary citizenship on the regiment, with a view to remembering friendship and peace, in order to recognize sacrifice and self-denial of many young people of the time, for the most part Sardinian miners. Pride still today of all Sardinians is the heading of the 52nd gallery to the Sardinia Region. 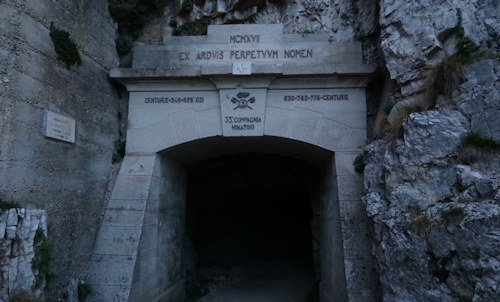 The current 5th Engineer Regiment, transferred to Macomer in 2003 and framed in the "Sassari" brigade, faithful to tradition, with silent industriousness, has been at the service of the Italians for 125 years, in the sign of a generous solidarity that demonstrates with its skills of intervention in favor of populations struck by natural disasters and, with its cores of bomb squads, in the reclamation of war devices found on the Italian territory.

The men and women who are part of it undergo specific training that allows them to operate in numerous activities, both in military operations abroad and at home, in competition with the police, as part of the Operation "Roads Safe ". In recent months, on the health front determined by the ongoing epidemiological emergency, the regiment's professional nurses have contributed to carrying out, with great professionalism, hundreds of oropharyngeal swabs in the main health facilities in the provinces of Sassari and Olbia.

The regimental commander, Colonel Pietro Romano, hopes to be able to celebrate this anniversary next year, with the organization of a conference to share the memory of the deeds of the miners of the time and of today's sappers, involving the families of the military and the local population, through the shared study of a topic that is still very relevant today.

The training activities of the units of the mechanized brigade continue at the Torre di Nebbia shooting range "...
772
Read

In the "Ignazio Vian" barracks in San Rocco Castagnaretta (CN), the 2nd Alpini regiment, operational unit of the Army ...
922
Read

A few days ago the paratrooper Luigi Tosti in his home in Cisterna di Latina blew out the 100 candles. In...
863
Read

At the Cavalry School of Lecce, the course of specialization of Weapons of the student officers was concluded ...
633
Read