Emergency management: 72 ° flock, CNSAS and CRI together in the FRO 01 exercise 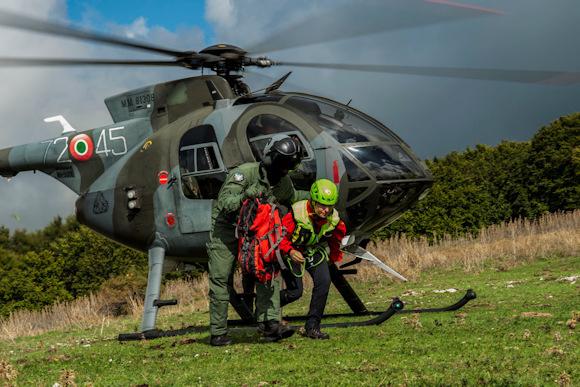 The joint exercise concluded and coordinated by the Poggio Renatico Aerial Operations center was concluded, involving personnel from the 72 Stormo of Frosinone, the Campania Regional Service of the CNSAS (National Alpine and Speleological Rescue Corps) and the Italian Red Cross "Committee of Frosinone".

The training event, aimed at improving synergies in the field of search and rescue, saw the operators involved in theoretical and practical activities, aimed at the intervention of rescue teams following the simulation of a disaster, a plane accident or simply of missing / injured in a hostile environment.

The operations took place in the Campore area of ​​the Municipality of Guarcino (FR), located in the Ernici Mountains at a height of about 1.500 meters above sea level. In the area, the base camp was built in which more than 50 rescuers joined, operating in unfavorable weather conditions, installed a mobile awning with the function of a command and control center for activities. The Stormo TH-500 helicopters were also used in the operations, which provided support to CNSAS operators.

At the end of the exercise, the commander of the 72 ° Stormo, Colonel Davide Cipelletti, expressed his profound satisfaction with the training objectives achieved; "these activities represent a fundamental moment of encounter between organizations and agencies that contribute to the management of emergencies and disasters, allowing to increase mutual knowledge and standardization of operating procedures, in order to obtain maximum effectiveness and safety if called to intervene". 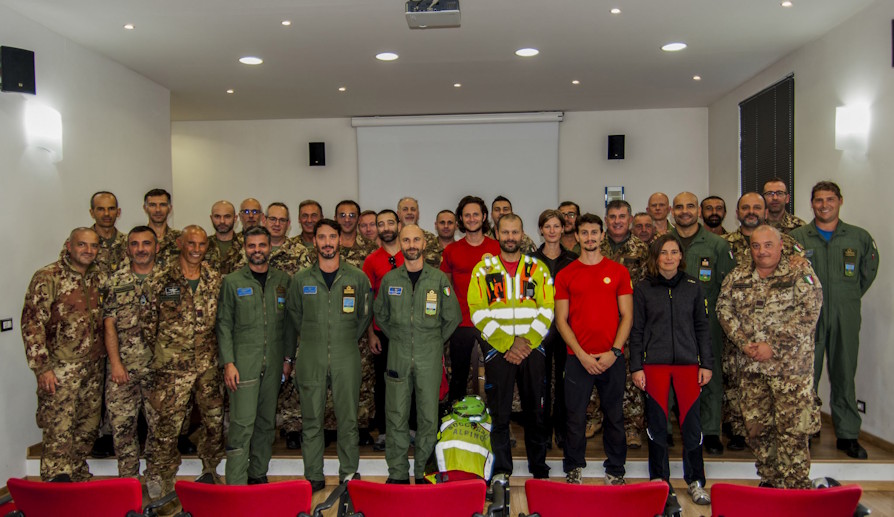 The change of command of the Experimental and Shooting Standardization Department took place on Thursday 9 July 2020 ...
1626
Read

An Air Force C-130J aircraft made two flights to Ukraine to bring aid to the populations ...
317
Read

The countdown to the celebrations of the centenary of the Air Force begins today, which will occur ...
202
Read

On Wednesday 24 June, the change of command took place at the direction of the 1st Aircraft Maintenance Department of Cameri between ...
398
Read

On Wednesday 24 June, at the "Enrico Comani" military airport of Latina Scalo, the exchange took place under the command of the ...
318
Read

On 24 June it was held at Guidonia Airport, in limited form for the provisions on the containment of the ...
437
Read

Today in the Room of the 1st Atlantic Flight, historic room of Palazzo Aeronautica in Rome, the rotation took place ...
325
Read

During the night a 25-year-old man in imminent danger of life was transported from Bari Palese to Turin aboard a ...
182
Read