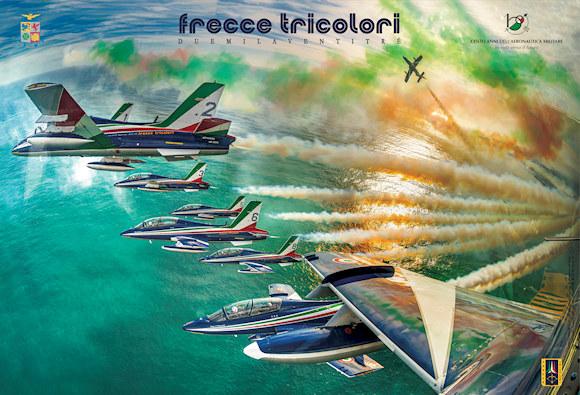 The traditional evening for the presentation of the Formation and the Poster of the National Aerobatic Team took place on Friday 20 January at the historic hangar of the Frecce Tricolori.

The event, celebrated in the presence of air division general Luigi Del Bene, commander of the Combat Forceshas been a traditional appointment for the PAN for several years now, a special occasion to renew the consolidated ties with local authorities, the Frecce Tricolori Club, friends and enthusiasts.
The vice president and the president of the regional council of the autonomous region Friuli Venezia Giulia also attended the evening to symbolize the increasingly close synergy between the Frecce Tricolori and the territory.

During the event, Lieutenant Colonel Stefano Vit, commander of the 313th aerobatic training group, unveiled the new formation; they will be the protagonists in flight who will perform in the 63rd acrobatic season of the Frecce Tricolori on stage in 2023.

The key positions of Pony 1 (formation leader) and Pony 6 (leader of the 2nd section) have been confirmed, respectively assigned to Major Pierluigi Raspa and Major Franco Paolo Morocco. News instead for another key position of the Patrol: the role of Pony 10, soloist, has been assigned to Major Federico De Cecco, who takes over from Lieutenant Colonel Massimiliano Salvatore. The latter and Major Alfio Mazzoccoli, having reached the end of their stay with the Frecce Tricolori, will take care of the acrobatic training of this new formation, supervising the complex phases of winter training.

Then the time has come to unveil the 2023 poster of the Frecce Tricolori: the photographic image chosen this year depicts the MB339PAN while performing the "Siberian" maneuver, the final greeting passage, carried out in some appointments of the 2022 season as a conclusion to the exhibitions of the PAN.

The first copy of the 2023 poster was delivered to col. (on leave) Alberto Moretti, former commander of the PAN, to symbolize the strong link with tradition and with those who were part of the Frecce Tricolori.

As usual, a moment of the evening was dedicated to the charity launched on the occasion of the Centenary of the Air Force "A gift from heaven" for AIRC - Italian Association for Cancer Research. The proceeds of the fundraising will be donated entirely to the IFOM - Foundation Institute of Molecular Oncology of AIRC for the purchase of latest generation machinery for cancer research. The president of the regional committee, Michela Cattaruzza, presented the work of the association on stage.

Finally, the evening was an opportunity to retrace the appointments that will involve the Frecce Tricolori during the 2023 season, a very important year for the Air Force which will celebrate the centenary of its establishment as an autonomous armed force, which took place on 28 March 1923. The calendar of air shows published in the last days of 2022 has in fact been integrated with the appointments linked to the institutional overflights that the National Acrobatic Patrol will carry out over many locations throughout the national territory, including the islands, touching all the Italian regions. Unmissable event: the Centenary air show which will take place at the Pratica di Mare airport on 17 and 18 June next. 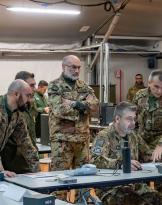 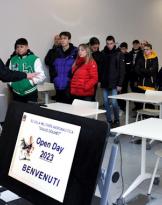 On Sunday 29 January, the first Open Day 2023 was held at the Institute of Aeronautical Military Sciences in Florence ...
90
Read 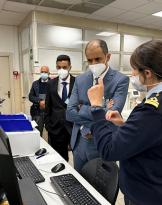 In recent days, a delegation from the Medical Corps of the Armed Forces of Saudi Arabia paid a visit ...
226
Read 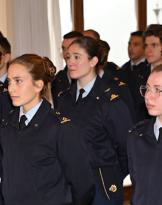 The ceremony of awarding the ranks of second lieutenant to ...
428
Read 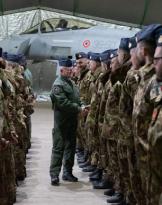 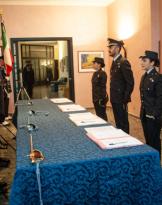 On Wednesday 21 December, at the Marshals School of the Air Force / Viterbo Airport Command, the ...
479
Read 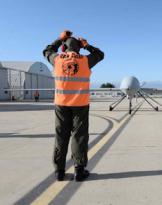 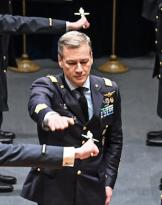 It took place in the Sala Teatro of the Aeronautical Academy, in the presence of the general of the air force Silvano...
717
Read 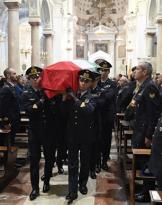 In the early afternoon, at the Cathedral of San Lorenzo in Trapani, the last farewell to the captain was celebrated...
1521
Read 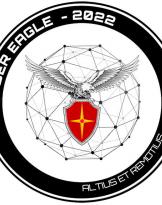 It ended on Tuesday 6 December at the automated information systems department (Re.SIA) of the Air Force...
282
Read