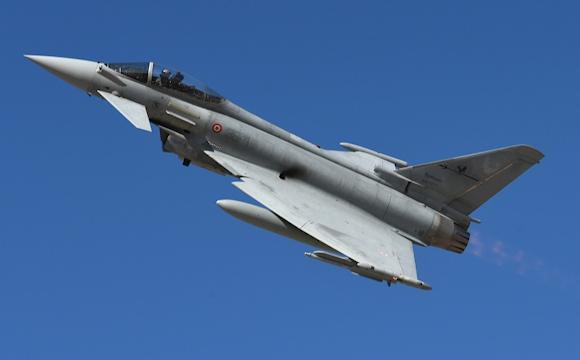 The most important exercise of the year for the "Eurofighter" Line took place from 20 June to 15 July; the latter was conducted jointly by the 4th flock of Grosseto and the 36th fighter flock of Gioia del Colle (BA). For this reason, the skills and logistics of both departments were brought together.

Started at the respective military bases, the "Typhoon Flag" then saw the redeployment of F2000 assets of the 4th, 36th, 37th and 51st flocks on the Gioia del Colle airport grounds for two weeks. During this redeployment period, numerous missions were conducted, including some with F-35 assets of the 32nd Amendola wing, in order to favor an increasingly concrete integration between 4th and 5th generation aircraft.

Essentially aimed at training future fighter pilots, the exercise proved to be an excellent opportunity to train in advanced missions as part of the "Weapons Instructor Course", also in view of the next exercise activity called "Cobra Warrior" that the Aeronautica Militare will carry out in Great Britain next September.

The "Typhoon Flag" involved all the flocks Euro Fighter (4th, 36th, 37th and 51st Stormo) and received the support of the integrated missile air defense department, of the 14th wing with CAEW and KC767 aircraft, of the 16th and 17th wing, as well as of the technical support department for Electronic Warfare, for the production of mission data, also made it possible to conclude the training program for pilots attending the 33rd operational conversion course to acquire the qualification and limited combat readiness on the F2000 aircraft. Both CCO and weapon intructor they are organized by the 20th OCU Group (Operational Conversion Unit) of the 4th wing with the support of all the departments of the line.

For all the pilots of the F2000 Line who were involved in the exercise, the "Typhoon Flag" represented an excellent training stage where to compare and standardize the techniques and procedures for using theEuro Fighter, increasingly consolidating the amalgamation between pilots flying on this Weapon System, as well as developing new tactics and techniques related to the use of the aircraft's P2E software and the new related armament. 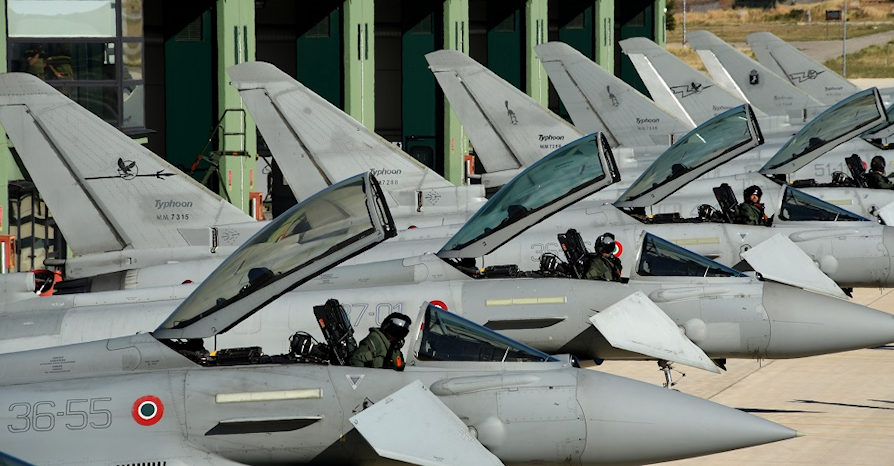 Today at the Aeronautical Detachment of Montescuro, the handover ceremony between the ...
164
Read