Home geopolitics Report Syria report: Palmyra and the weight of ...

Reportage Syria: Palmyra and the weight of remembrance 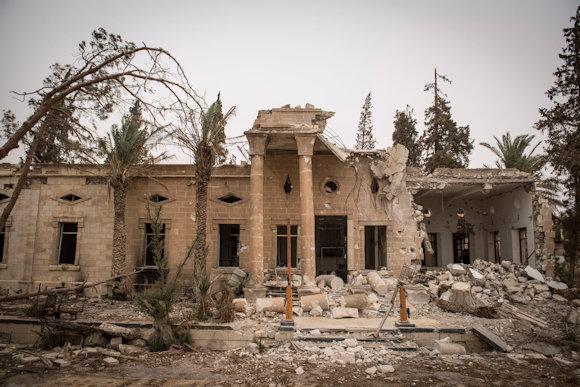 To reach the pearl of the desert of the road it is necessary to make a lot of it; it is not just any road, but more than an asphalt carpet unrolled over a sea of ​​sand and rocks.
Our driver presses on the pedal and the car whizzes through a seemingly uniform panorama.
Between the red ocean of sediments and the dark gray of compact clouds there are many details that would escape a poorly trained eye: nomadic herders with grazing flocks, animal shelters, underground oil spills, gas extraction plants , and then an infinity of relics due to the war.

Madam Hayat, our guide these places knows them as his pockets: between Homs and Palmyra there is no simple or official soldier who does not know her.
With her sitting next to the driver, the dozens of check point scattered along the road are quickly overcome, its presence is a guarantee of regularity.
The gold medal with the effigy of a young man who proudly shows that she too, like so many Syrian mothers, paid her blood tribute to the war having lost a child and having a second still under her arms (I refer to article on martyrs).

At a certain point on our right rise some reliefs surrounded by fog; our guide does not hesitate to point out to you by pointing out that from those heights for long months the soldier of ISIS gave way to his bloody raids, and then quickly return using that haze that completely dissolves the view.

See for yourself the places, which for months have troubled the dreams of the Westerners with images of beheadings and tortures, has the taste of monsters that dissolve once the light is turned on.
That human scourge armed by hands not too invisible, has dissolved like snow in the sun once the light of the will to eradicate it with force, and at the end of their power is only the memory of the grotesque arrogance of movies too hollywood cut .

But to awaken us from the horror of those memories, the citadel of Palmyra appears as a true mirage on the desert heights.

Un last check point separates us from the view of the new city that stretches before us flanked by the thousand year-old UNESCO World Heritage Site. Two not properly Arab soldiers look at us with Asian demeanor through eyes that look like inscrutable cracks ... they say they are Afghan volunteers.

A last step separates us from the possibility of photographing and filming the site: theagreement from the commander of the garrison and it is from him that we go without further delay.
The road that leads us to its building is a sort of Orgosolo in Syrian sauce: on the wall that flanks it they show off some murals that recall the Al Assad family and the Russian-Syrian alliance. 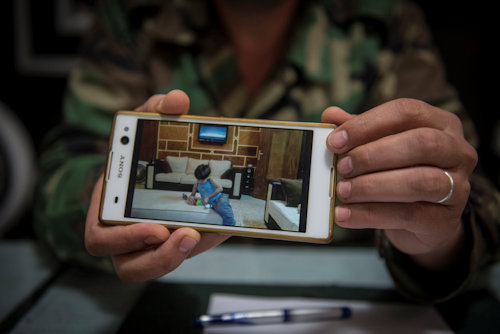 The commander looks jovial and looks like a good family man, but Kalashnikov's domino of bullets in strict order placed in a case behind him reminds us that his job has little to do with good-will: in fact, he informs us not to be misled by his appearance because if you kill personally in combat 60 terrorists so ordinary you can not be sure.

Even with him things are arranged quickly: we have permission to photograph and film, to enter the museum and the archaeological site, in short, a program full optionals.

For our safety and to ensure that no imprudence is carried out entrusts us in the hands of one of his subordinates who will accompany us for the entire time of our visit, after all we are at the forefront and the noise of the blows coming from the window does not leave to doubts.
Before going he is keen to show us the picture of his son in his cell phone and at that point the good-natured air makes more sense than ever.

On the other hand, the cell phone of our companion has less reassuring images ... inside there are photos and videos recovered from the devices of the terrorists killed: there is all the samples of the most abject a man can do. 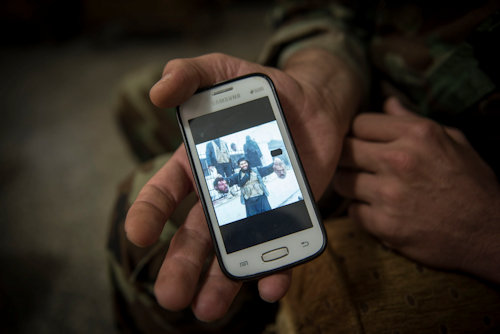 We ask him if, together with those images, weapons of western origin have been recovered, perhaps to show us, but the answer is that they do not have them there and prefer not to talk about things they can not prove.

As soon as we get out of the command, we get into the car to go to the site, but the call of the road is stronger .... We decide to dedicate a few minutes to life that, even in a city on the front line, is starting to peep.
As always, the choice to maintain contact with the road proves successful; made a few meters stops in front of us one Technology (pick-up with machine-gun, ed) with a group of volunteers on board, led by a loyalist sheikh.

I'm at the front for a long time and tired of the usual routine ... A look, a feline leap and we are at the edge of the caisson with the feet immersed in the bullets ... smiles, slaps the human face of those heroes for too long invisible forgotten by the media in a solitary battle against the armies of the Caliph.

From the top of the Technology you can notice more things; the wounds of war and the remains of a city that has welcomed tourists from every part of the globe ... Who knows if strolling lazily through those avenues full of history and atmosphere, staying in hotels with a ten-year tradition, could have never imagined that this place would have been theater of so many atrocities.

It is as if the barbarism of the past centuries had resurfaced to possess the minds of poor ignorant devils, lacking that discernment that allows you to escape from the delusional propaganda. 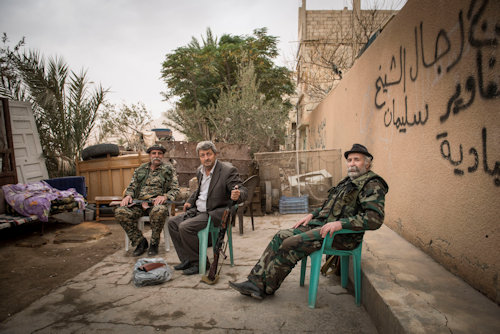 Our privileged tour leads us to a group of soldiers intent on polishing bullets from the 80 years alongside a 50-era wagon: history resurfaces everywhere in this magical and cursed city at the same time.

Finally we arrive at the building used to command voluntary militias; at the entrance there are three characters that seem to come straight from the pen of a narrator too imaginative to seem credible: one is in gray suit and holds a Kalashnikov, another is a mixture between a chansonnier and a painter from Monmartre and the third has mustache to envy a Habsburg field marshal ... they have the romantic charm of those who are out of place and out of time as follows routes dictated by ideals.

Leaving the troops to their duty we finally go to the site, the first stop we do at the museum.
The empty cases and the solitary hooks hanging on the walls remind us of how much material, at times, can be the absence of something; in this case that absence concerned us closely, something that was part of the legacy of all of us a heritage that our forefathers had left us as a legacy had failed.

They tell us that not everything has been stolen and that part of the finds is safe in the Damascus museum.
The absence of this treasure testified to the presence of something as impalpable as greatly present in that place ... madness, barbarity, the beast that only civilization can keep at bay. 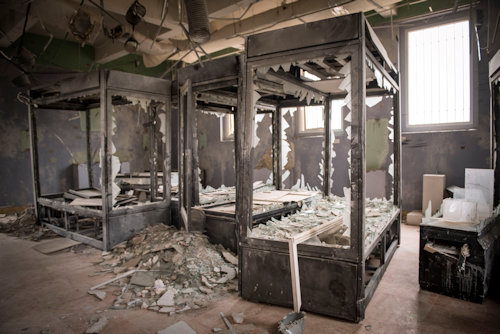 Here are those cases now, in place of the highest expression of genius and human talent, show us with clarity and museum simplicity the lowest there can be in the human soul ... And maybe it would not be completely wrong to leave everything as it is , to future memory for posterity.
The archaeological site next to the museum is a sort of mirage ... It would like to give us back that peace driven away by the sight of the massacre of the museum finds.
Contemplation in this case is disturbed by the rumble of explosions, amplified by the surrounding valley, rather than by the noise of tourists.
Who would have thought that we would regret mass tourism.

Where the artillery noise does not arrive, the stories of madam Hayat start to dissolve the magic of that millenary place: the niches of the theater where the prisoners were lined up to be beheaded, the lace wrapped around the Corinthian capital of the proscenium to hang the heads (photo below), the red of the blood that has colored the pale sand of the stage pink ... All so serene and immobile everything so full of horror and martyrdom.

Palmira will also be able to take charge of this and will know how to pass on to future generations as it has always done in the last 4000 years. 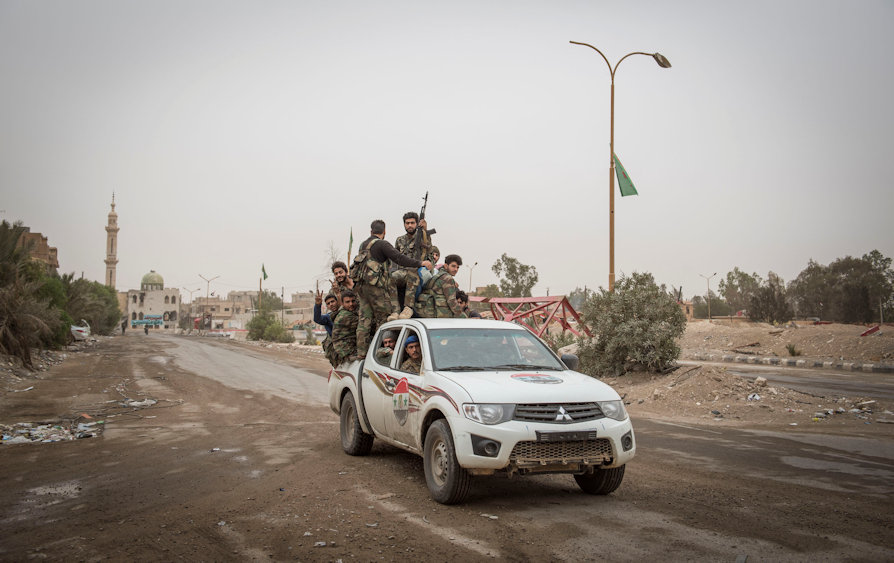 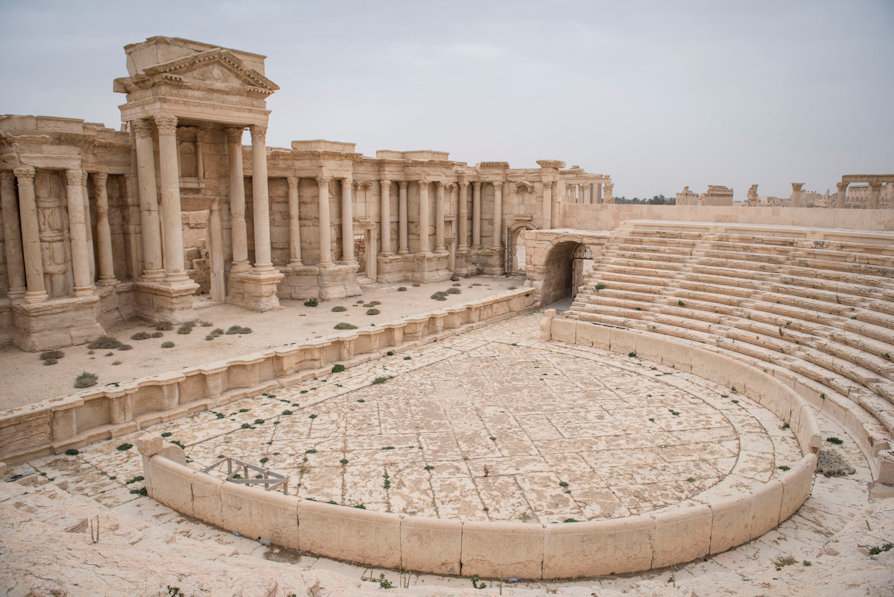 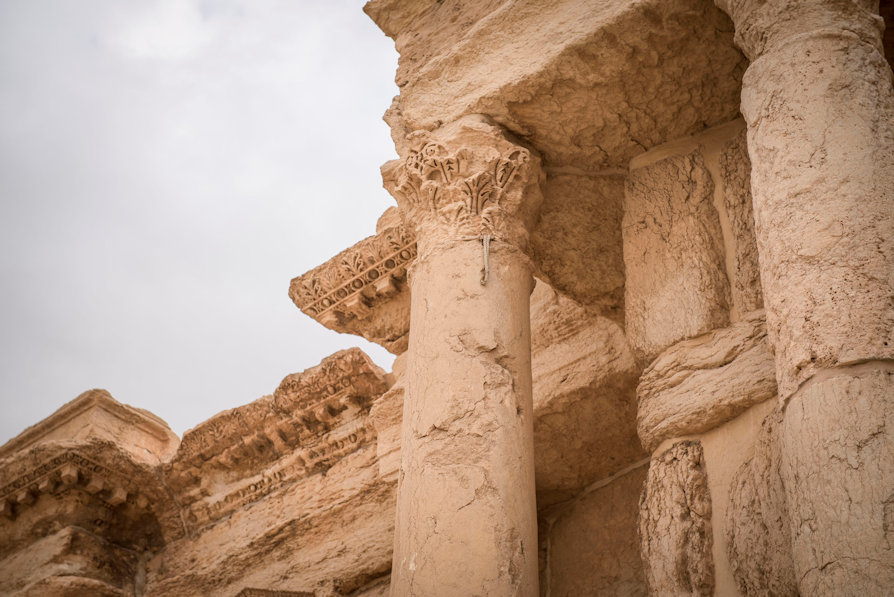 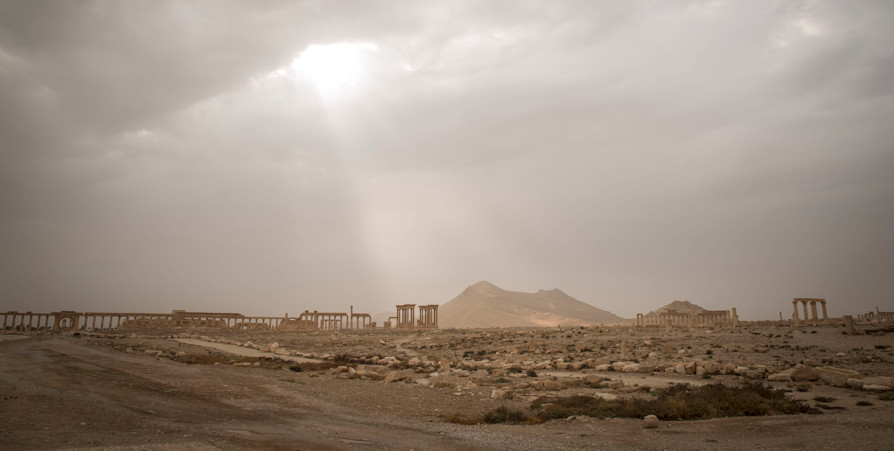 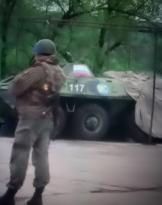 The Dnestr River cuts the Republic of Moldova in two. It was born in Ukraine, where they call it the slow river. But here, in ...
3995
Read 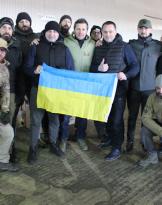 Meeting point in the immediate outskirts of Milan, we all come together to give the vehicles a final arrangement and leave ...
2563
Read 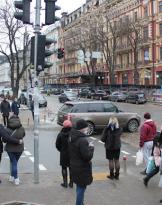 I returned from Ukraine less than ten hours ago and I would like to give my point of view on the discrepancy between what you ...
7387
Read 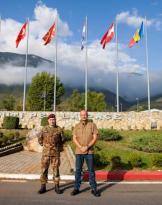 Currently the Italian contingent within KFOR, deployed at RS-WEST is composed for the vast majority of ...
1855
Read 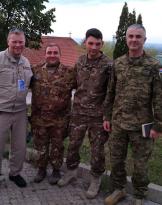 In my experience following the KFOR military I was lucky enough to test the work of military chaplains ...
2230
Read 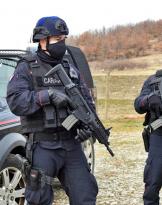 In my activity embedded with the Italian contingent of the NATO KFOR mission, I had the pleasure and honor of ...
3247
Read

Currently the commander of the Kosovo Force - KFOR, a multinational contingent made up of 28 nations, is the ...
1541
Read

It is news a few days ago of tensions on the northern border of Kosovo, after Pristina banned entry into ...
1867
Read

“Last night was a devastating night. Five hundred Taliban attacked the city. They reached the bridge of ...
6104
Read

Four years have passed since I first set foot in Donetsk. At the time the city looked spooky. Of ...
3505
Read