Israel and Palestine seen by Hebron. Cap. 1: the intifada of the knives. 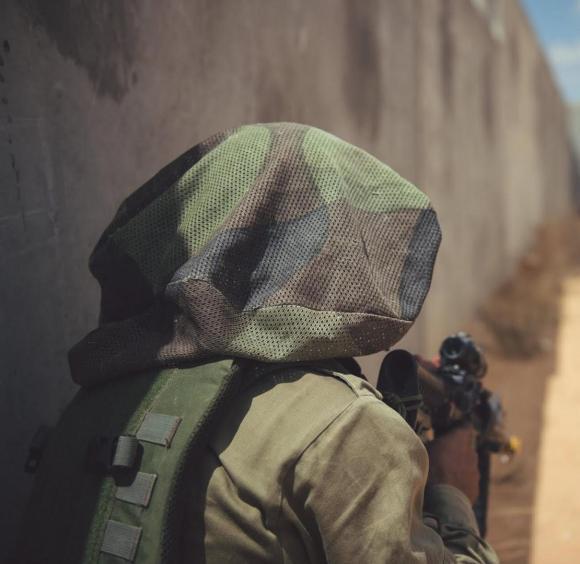 Pass an off-road vehicle of the TIPH  Temporary International Presence in Hebron. He shoots fast uphill blurring his white color against the background of the buildings. At one corner two soldiers with Eritrean features laugh and laugh Magav, the Israeli border police. The gray of the uniform merges with the dim light of the afternoon.

H1, as the Arabic side of Hebron is called, teems with edges and concrete cubes. The muezzin accompanies the sun that goes down and in an apparent normality everything ends.

Walking around Hebron, the Al Khalil of the Arabs, is strange. If it weren't for the cold that starts as early as October, it would look like any place in the Middle East. Ein Sarah street, amidst the noises and disorder of everyday life, leads straight to the heart of the city between climbs and descents, stained here and there by the yellow of the taxis and the chaos of the signs. In reality, Hebron has two hearts and each beats for itself.

Everything is understood at the Tomb of Abraham. The Jews call it the Cave of Machpela; the Arabs, Abraham Mosque. Abraham unites, Abraham divides.

Walking through Hebron the idea of ​​division is constant: paths distinguished by new jersey for settlers and Arabs; check points and crossings that cut roads; fixed barricades scattered around the city; harmless traffic dividers that separate the direction of travel ...

But most of all is the presence of settlement Hebrews to give the idea of ​​contention. They are in continuous expansion according to the Arabs; in trouble because forgotten by the traitorous governments of Tel Aviv, according to the settlers.

H1 and H2 are the pivot of an insane cohabitation. H1 controlled by the Palestinian Authority, degrades itself in the economic and human decline of the Arab shore. H2 is the part inhabited also by Arabs but controlled by Tsahal, undisputed master of the field. To defend 100 families of Jews from the ancient Jewish quarter there are almost 4000 Israeli soldiers, counting police and border police. Around they live for a mutual siege almost 40.000 Palestinians. 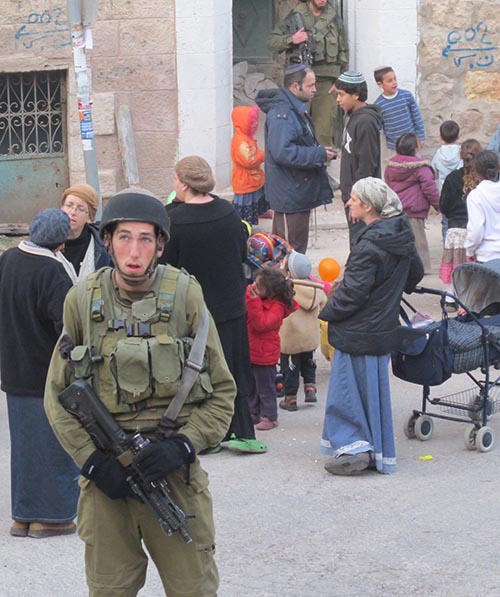 Near the old market we need 2 Israeli shekels for pomegranate juice. Together with oranges, grapes, glasses and ceramics, it is the pride of this land.

The manager's son has 15 years and is called Ahmed. He collects the money and smiles. Pass an Israeli infantry patrol in battle order: mitznefet on the head and finger on the trigger. They are soldiers of the 92 Shimshon battalion, part of the 900 Brigade, the Kfir, stationed in the Cisgordania.

Ahmed is used to it and doesn't look at them. Think more about Cristiano Ronaldo and Messi than about politics. This is the land of Abu Mazen, of Al Fatah. Although Hamas is far away, the blood has the color of pomegranate and still flows.

Blood is fed by hatred. Some Arab merchant of the old suq, surrounded by continual throwing of garbage by extremist settlers, still resists. Nobody takes away anything, so the world can see. Jewish intransigence and Arab victimhood run after each other without end.

"This is Arab land from 1200 years. The Zionists build houses and hunt us with weapons ... " says Ahmed's father, a good man full of certainties. He knows that the Arabs like him are the overwhelming majority of the city but not the masters. It applies to the entire West Bank and to the rest of Palestine to hear him.

“This has been the Land of Israel for 2000 years before the Arabs. Palestine is a geographical name and as a nation it is an invention external to Islamic history. Jerusalem does not exist in the Koran ... " The Torah says so, Hebron Jews say.

For Ahmed's father the Jews are racists who pursue ethnic cleansing. For the settlers, the houses occupied by the Jews are those of the ancient inhabitants of the Promised Land. Before their return, there were only swamps and stones until the British Mandate.

Hebron is all here: a group of tired and rocky hills that enclose the eternal conflict between two worlds that tell themselves: the green doors of the abandoned shops of al Shuhada speak; speak the armored check points of theIDF ubiquitous; speak of the barrels of sniper rifles that sprout from the roofs and the separate paths of each Friday, the holy day for the Muslims and the eve of the sabbath Jewish.

Peace here is masked by silence filled with resentment. You breathe, you see.

Ahmed's family lives near new homes settler, as the settlers are universally called. For "Safety issues" the movements are limited and to exit you have to make a wider circle. Israeli soldiers go for petty money: those who transgress risk their lives. "Security" is the universal Jewish answer to every question: it is the cause and consequence of the fire that is smoldering under the ashes of Hebron. It is no coincidence that the nationalist Zionist religious party HaBayit HaYehudi, the Jewish House, is very strong here. Between H2 and Kiryat Arba, settlement just outside the city, the settlers arrive at 9000 all appearances in agreement on one point: no compromise with the Arabs. 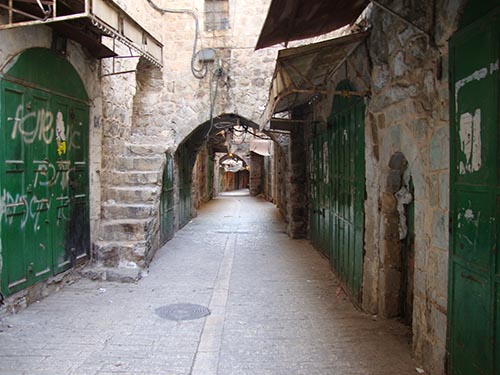 Before sunset the new market is empty. Hebron in the evening turns out to be less bold than by day. Fear does not leave the place entirely to the habit. With the artificial light one intuits the gold olive stain of a group of Israeli soldiers. Something happens.

Today there have been problems at Tel Rumeida and the tension begins again. Another assault, another serious casualty. It's the knife intifada. For a month now it has been proceeding by single and unpredictable assaults, without a real direction. The Arab insurgency now spreads with random hatred, a new frontier of resistance to Israel.

Israel responds on a case by case basis, day by day, blow by blow.

Indolence, ignorance and intransigence overlap irrationally. Like everything in Hebron. When rain and snow come, there will be mud. Then it will be even worse.

Currently the commander of the Kosovo Force - KFOR, a multinational contingent made up of 28 nations, is the ...
1025
Read

It is news a few days ago of tensions on the northern border of Kosovo, after Pristina banned entry into ...
1508
Read