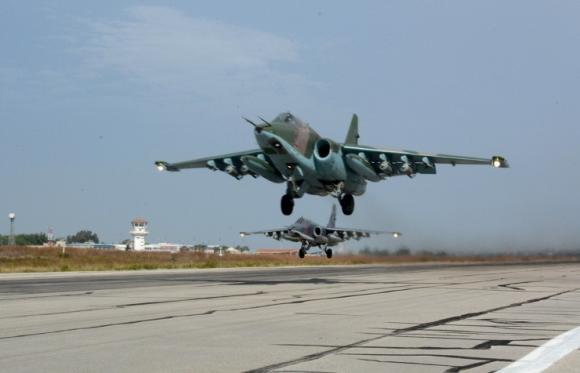 The Russian press, in particular the headline of liberal tendencies "Vedomosti", devotes much attention to the Syrian crisis and to the intervention of Russia, citing both national and foreign sources. "Vedomosti" in particular focuses repeatedly on the causes and consequences of the intervention in Syria, showing its multidimensionality[1]. In particular, the newspaper dwells on the fact that the intervention prevented the replication of a "Libyan scenario" with the creation on the western side of a "no fly zone" that could have allowed the overthrow of the Syrian Assad regime, wished by the Westerners , especially from the US, but opposed by Russia, aimed at preserving its military ports in the Mediterranean and playing a role of increasing importance in the Middle East.

While traditionally appreciating the "muscular" evidence of their own leadership, Russian public opinion would instead show, according to press reports, generally opposed to military involvement alongside Damascus for fear of uncontrollable escalation and sensitive human losses. The only factor widely shared aimed at appreciating Putin's Middle Eastern policy seems to be the contrast to US geopolitical ambitions, true leitmotiv media, in particular national television[2].

According to the online version of the newspaper, the Russian population would have introjected the fact that military successes can tickle national pride, but also notes that the prospects for a possible economic decline are the subject of ever greater concern.[3]  The Russian newspaper therefore underlines how involvement in the Syrian war is not in line with some structural problems of the national economy and raises the question whether the necessary process of institutional reforms, the excessive dependence on energy resources, the lack of transparency of the state sector, insufficient entrepreneurial freedom and a lack of privatization of public companies[4], are minor urgencies with respect to conflict resolution, necessary for the protection of "geopolitical interests" and the international prestige of the Federation.

According to the newspaper, the international image and the demonstration to public opinion that Russia has returned as a protagonist not only in the post-Soviet space, would be one of the reasons behind the intervention in Syria. The official motivation of the intervention to fight terrorism before it can expand to other areas of the Federation and in particular to the Caucasus and Central Asia would still remain universally accepted.

In turn, the Russian press consulted, in particular the "Carnegie" of Moscow, specialized in foreign policy, expresses itself on the risks of the potential "controlled chaos" wanted as a strategy to increase its prestige and influence, assuming the role of "referee" , "Actor" or "peacemaker" of the crisis as appropriate[5]. The opportunity is good to show an overly concerned leadership for the preservation of the status quo in some areas of high political and economic interest in the world, even at the cost of maintaining corrupt systems or of questionable ethical conduct.

The Russian press analyzes not only the potential risk that the intervention in Syria could damage relations with strategic countries (in particular Turkey[6] and other important components of the Islamic world), but also the fact that this is the first Russian military intervention outside the borders of the former Soviet Union, placing the confrontation with the United States on a level that had not been used for decades[7].

As it is logical that it is therefore, it seems that in the progressive press (often critical with the government) a general prudence prevails on the new Middle Eastern scenarios wanted by Putin.

It must be said that the newspapers cited generally represent the liberal urban population and are therefore not representative of public opinion as a whole. A lot of press aligned on pro-government positions[8] in fact, he assumes a decidedly more favorable attitude towards the military initiative in Syria, which is nevertheless important to offer a diversion to the news from the Ukrainian front to which the average Russian citizen now seems addicted.

[6] http://www.vedomosti.ru/opinion/articles/2015/10/12/612331-iskusstvo-ssoritsya Italian Trad: "The art of quarreling with your potential allies"

The international situation is evolving rapidly and there is no country that does not have to adapt. In an area of ​​course ...
5151
Read

The vote in the UN Assembly of the motion condemning Russia's aggression against Ukraine has ...
3092
Read