Home geopolitics Analysis If the Serbs are serious about Kosovo 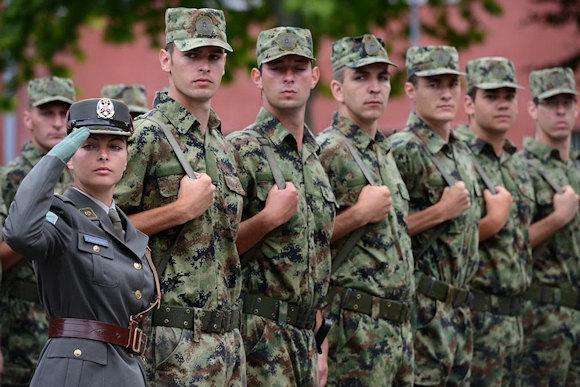 “The Western Balkans must decide which side to take: on the side of democracy, this is the European Union, friend and partner. Or if they want to take a different route. Russia and China are trying to exert influence in the region but the EU is the largest investor and closest partner for the Western Balkans. Following the war unleashed by Russia in Ukraine, the question is whether autocracies and the rule of the fittest or democracies and the rule of law will prevail and this struggle is evident in the Western Balkans.”. With these words, the president of the European Commission, Ursula von der Leyen, harangued the audience at the opening of the EU-Western Balkans summit on 6 December 2022, a diplomatic event of far from secondary importance and which risks going down in history as "the event clou” with which the countries of the European Union have forever alienated any previously existing residual sympathy with the Serbs.

My use of the term "Serbs" instead of "Serbia" is by no means accidental. In fact, although Serbia is "the Serbian state par excellence" given that its population is made up for the vast majority of ethnic Serbs and its capital, Belgrade, has been the most important center of power for the Serbian people for centuries, identifying the borders of "ethno-cultural Serbity" with those of the Serbian state is reductive and even silly.

Out of an estimated 10 million ethnic Serbs around the world, more than half live in the Republic of Serbia. About 2-3 live in thriving diasporic communities scattered in every corner of the Earth, with Germany, Austria, Switzerland, France, Sweden, the United States and Canada taking the lion's share. The remaining 1.5-2.5 million, however, still live concentrated in a series of territories forming part of the countries that once made up Yugoslavia, a country whose disintegration caused the physical separation of the Serbian ecumene, which in the period between 1918 and 1991 he had had for the first time since 1389 a single "geopolitical roof over his head".

Compared to their "countrymen" living in the Republic of Serbia and in neighboring Bosnia-Herzegovina, the Serbs of Kosovo, from the height of their 100.000 souls at most, seem very small. Yet even today the Kosovar question has the ability to mobilize the sensitivity of the majority of Serbs, it does not matter whether they live in their traditional Balkan territory or in the diaspora, and Europeans and other "Westerners" in general have not yet managed to understand this nothing, despite the fact that years have passed and rivers of ink (and blood) have been shed to present the irreducible Balkan complexity to the world.

The leaderships of continental Europe and, more recently, of the United States have always consistently failed in their approach to the Serbian leadership as well as they have failed to understand its political culture. Emblematic were the ridiculous displays of jubilation with which the Brussels authorities celebrated the appointment of Aleksandar Vučić and Ana Brnabić to the respective offices of President of the Republic and Prime Minister. Vučić at the time was considered a promising reformer, while Brnabić sent the "modernist" elites of the continent into raptures for the simple fact of being the first woman and lesbian in the history of Serbia to access such a high institutional office.

Needless to say, time has taken care of cooling down enthusiasm given that, beyond their "exterior" characteristics, when evaluated in the essence of their political beliefs, both Vučić and Brnabić are fervent nationalists and, like all Serbs, are not willing to "give in" on issues of an existential nature. And here we come to the second macroscopic error of European diplomacy: the idea (or perhaps it would be better to call it "madness") that it would have been enough to present the prospect of future accession to the European family to the Serbs to make them forget the question of Kosovo, not even the promise a "reasonable amount of money" was worth the fact that a people like theirs suddenly forget the territory that represents its historical-cultural-religious cradle and the very essence of the national epos and ethos, for moreover, ventilating the not so veiled prospect of a unification with Albania, an epochal event which would constitute a milestone in the annals of Albanian nationalism which would create a historical precedent which risks having repercussions on the whole of continental Europe and would constitute a very useful "horse of Troy" for Turkey in its policy of new penetration in the "soft underbelly" of the continent.

The leaders in Brussels and in the other capitals of the Old Continent are wrong in believing that Vučić's claims of "have the army intervene to protect the Kosovo Serbs from the risk of a definitive ethnic cleansing" are just words in the wind and that the leaders of Belgrade (among which, moreover, there are several Serbs originally from Kosovo!) will not have "the stomach and the attributes to fight" (exactly the same speeches that we repeated to each other the others on the eve of the Russian invasion of Ukraine!), when they have already done it several times in their history, even against enemies they had no chance of defeating (1914 and 1941 are the best examples, in my opinion !).

It remains to be seen whether the current European leadership will be smart enough to work to defuse the crisis while there is still time or will be so stupid as to let it explode definitively.

Latin America is seething. This is a dramatic fact that is there for all to see. From Mexico to...
1611
Read

The news is blood curdling for its long-term implications, however you can bet…
2837
Read

While the attention of the whole world is focused on the evolution of the Russo-Ukrainian War, in the lands of the Caucasus there is…
2154
Read

In the last weeks of 2022, the consolidation of the "stratified" Russian defensive line east of the Dnieper River and...
6553
Read

One of the most compelling Disney stories of recent years is the one entitled The world to come; read it, it's worth...
5125
Read 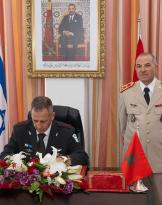 “Over the past year and a half, Moroccan-Israeli ties have broadened, including strong cooperation…
2794
Read