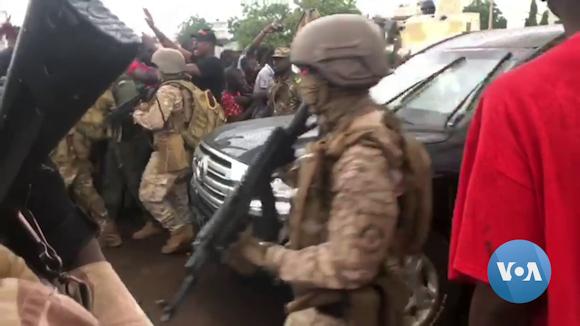 Africa continues to play a role of significant geopolitical importance, despite a palpable national lack of interest; therefore we shift the focus on Mali, wrongly considered marginally by main stream little interested in yet another African institutional transition.

About 8 years after the dismissal of the president Tourè by the colonel Sanogo, on 18 August, the units stationed in Kati, 15 kilometers north of the capital, under the command of the colonels Malick Diaw (25 years) e Sadiou Camara, marched towards Bamako, assuming control of institutional offices and functions, proceeding to the arrest of various political figures, including President Keïta, and suspending executive and parliamentary activities, with the promise of calling new general elections as soon as possible , calling for the formation of a transitional civilian executive; the military also expressed their intention to respect the international commitments undertaken by the country, protecting the safety of citizens and foreign contingents present on the national territory, complying with the provisions of the Algiers Agreements on the subject of managing relations with the Tuareg of the North.

Kati's mutiny, in addition to the obvious support of the military establishment, enjoyed widespread popular support, a social and political mixture that does not allow many hypotheses for a truly democratic future, and that forced President Keïta, more and more contested in the last period of his mandate, to resign, both in the face of clumsy attempts to appease the square, and for the events that saw the opposition leader as protagonist Soumaila Cissé, never managed to coagulate the various political souls opposed to Keïta, and who disappeared in March during an electoral campaign followed by highly controversial elections. 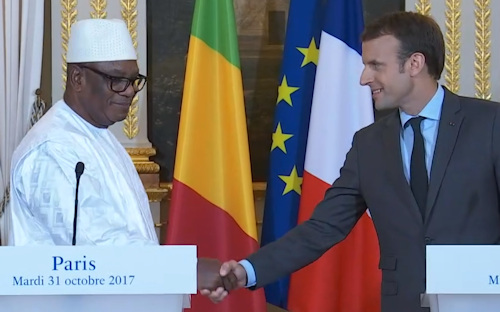 Malian political events have therefore always been characterized by particularly dense and complex plots; while in 2013 the conflict between the government and the Tuareg community flared up, rapidly facing the onset of the Qaedist brand, Keïta (in the photo, left), strengthened by the electoral promises of reconciliation between the tribal ethnic groups, received the support of the former French dominus , who nevertheless hoped for economic recovery; the pavement of good intentions, however, has not found confirmation with reality: jihadism has strengthened its radicalization, extending from the Tuareg communities to the Fulani ones1, with a marked financial deterioration aggravated by the anti-COVID measures that have hit the most exposed social groups, those dedicated to agriculture, together with accusations of personalization of power, followed by suspicions of corruption, violation of human rights, electoral fraud. It is therefore not surprising that the popular protests started shortly after the elections last March, giving the opportunity to the Salafist imam Mamadou Dicko - at the head of the Movement 5 June and bearer of conservative and anti-Western views - to unite the most extremist fringes, to make one's voice heard despite the questionable ideological roots, and despite being the supporter of dialogue and co-optation with / of jihadists and Tuareg rebels in an institutional context where , for the colonialists French, there is no more space. It is therefore evident that it will not be possible to evade the influence that, beyond Dicko, will exercise other characters present in the Malian political landscape, even if they do not have an institutional investiture, a political influence directly linked to the fluidity of the jihadist situation in the Sahel.

Although the French killed the emir Abdelmalek Droukdel2, leader of the Quaedist old guard and follower of al Zarkawi in the Malian city of Talhandak, neither a change in the balance nor an actual weakening of the insurgent groups operating in a region characterized by the absence of effective state apparatuses has been determined. 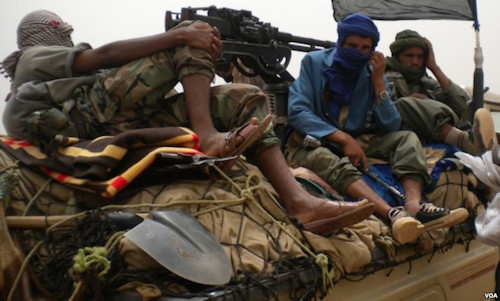 In summary, in the face of the success of military and intelligence action, jihadist resilience has shown that it requires strategies that go beyond the neutralization of individual leaders, and that privilege the political component of relations between the parties, also because they infiltrate the social ganglia jihadism manages to make the points of fracture its own, which it then reunites into wider and more articulated subversive fronts; Mali, as the nerve center together with the other countries affected by jihadist infiltrations, will have to worry about both the successors of Droukdel, engaged in a new modeling of the balance of power regional, given that the conflict is moving south of Algeria with forces previously trained in the Libyan theater, and other non-state regional actors.

The figures now dominating the jihadist Sahel are the Tuareg Iyad ag Ghali3 ed Amadou Koufa4 subordinate to the first, both belonging to Al Qaeda and with whom Keïta tried in vain to establish a dialogue, and Adnan Abou Walid Sahraoui5 for Isis, a distinction of line operational following the Malian crisis of 2012, in which the weakening of the Algerian Arab component played an important role, and in which the Tuareg of the North, benefited from the influx of Libyan weapons, defeated the Malian army by declaring the independence of Azawad, a territory twice the size of Italy and rich in natural resources, returned to Mali only in 2013 with an international intervention led by French.

In summary, against the background of the institutional crisis of the Malian government, which has always had difficulty in settling the social problems of a varied population over a vast territory, a violent struggle for power has ignited in the center of the country, aimed at conquering supremacy over various jihadist networks6, almost certainly supported by the Sunni Arab monarchies, and which saw the parade of groups whose formation, between the end of the last century and the beginning of the present one, at the time favored by France according to the logic of containment of nationalist movements in the territories of overseas, it then escaped control, also because, once the Qaedist patronage ended, it was characterized by forms of self-financing based on criminal activities aimed at controlling smuggling and hydrogeological resources. 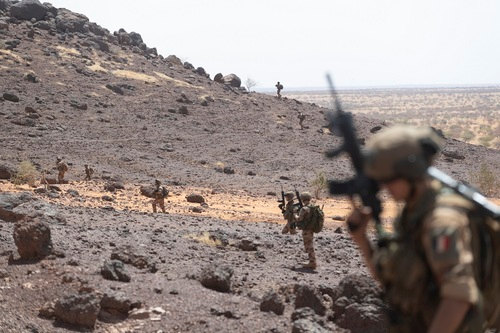 In the Malian context, France with the Operation Serval of 2013, continued with Barkhane between Mauritania, Chad, Niger and Burkina Faso, developed in parallel to the jihadist one that expanded the range of action beyond northern Mali, and with the establishment of the task force Takuba7 to which Italy had promised 200 soldiers, 20 vehicles and 8 helicopters last July, it still needed the support of the USA, in close relations with Algiers, a support that if it were to fail due to the current foreign policy of the House Bianca, would leave Paris, already in difficulty due to the lack of decisive results, involved in an asymmetrical clash and without an exit strategy, a situation in progress in which competing powers such as Turkey, Russia, and the Gulf countries are already present, and in which China could find its role, which holds the largest military contingent in Mali as part of a UN mission.

It should also be noted that Beijing has shown itself to be particularly careful in cultivating good relations with native tribes, proposing itself as a subject capable of guaranteeing stability in areas at risk.

In a moment of particular institutional fragility like this, two aspects must therefore be highlighted: an internal one, for which it is foreseeable that, in addition to the jihadist insurgency, political subjects so far marginalized and not particularly inclined to favor political agendas aimed at further openings towards the West, seen as the interpreter of a policy of containment rather than the provider of solutions, and an external one for which Bamako, always considered as the guiding star of Sahelian politics as a whole, could unleash a domino effect in Neighboring countries, a wave also feared by Ecowas8 who proposed himself as a mediator between the warring parties, given that Mali constitutes the logistical base of the jihadist groups in Niger, a risk that also involves the Italian forces involved in the Misin mission9.

The panorama is extremely complex, and recalls historical situations still present in the Western collective imagination; while for France there is the fear of an irreversible weakening in the Central African sector and one Vietnamese syndrome, the United Nations demands a difficult restoration of the pre-existing situation with, in the background, the temporary interruption of commercial and financial relations with Mali.

I putschists, who with Colonel Goita thanked Mohammed VI of Morocco for the efforts made for Mali, promise a transition of powers, and play on the fact that, in the face of official positions, the jihadist nightmare remains hovering, closer than you can imagine.

6 It is not excluded that Droukdel was killed during the transfer to a location where he should have met with members of other jihadist networks.

As was widely expected, during the Summit of NATO Heads of State and Government in Madrid, Finland and Sweden ...
2515
Read