Libya: massacre in Benghazi, mortar strikes on people in the streets against terrorism and al-Serraj government 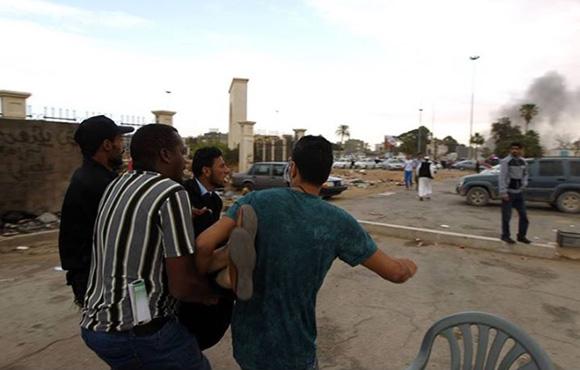 The fuse has been lit. It was just a matter of time. As happened last Friday, even today the people of Cyrenaica took to the streets to (try to) make their voices heard against terrorism and the al-Serraj government.

By now the couple is traveling alone. The partial credit obtained in Tripoli by the "man of the West" in eastern Libya is seen as a betrayal and an approach to the Islamist faction, unacceptable to Haftar's loyalists. What was supposed to be the national unity government and the beginning of a new era for Libya is turning out to be another fuel on the fire. Online Defense he has been supporting it for months.

This time it was not the ritual censorship of information that characterized the event. Mortar strikes came in response to the invectives of the crowd. The confusion is total. While trying to understand who the responsibilities are, we can sense the edges of a country that is now more fragmented than polarized.

At the moment, but it is an absolutely temporary balance, there are dead 4 (including two children and a woman) and injured 34 of which 10 is very serious. Among these four children.

From the event, less bloody than others in a country ravaged by civil war but more significant in political terms, we expect serious consequences. We'll see.

Venezuela would be experiencing a dramatic new "revolutionary" phase, as a potential alliance between the FARC ...
434
Read

Many people wonder what the big countries and big organizations have concluded in Berlin ...
788
Read

The Berlin conference, called to settle the Libyan question, presented itself with a program, unbalanced to ...
15189
Read

On what happened on the night of January 3 as for the record there is little to add. What matters is the ...
1512
Read

The foreign policy of any country is, or should be influenced by history, culture and psychological aspects ...
3935
Read

A few hours ago the council of dignitaries and wise men of the Turcophone enclave of Misurata rejected the visit of the ...
6259
Read

The Sahel occupies an immense strip of territory, a transition area between desert, savannah, equatorial forests and ...
2232
Read

When the Egyptian rackets will stick to the Turkish (tennis) balls, Ankara and Cairo (as well as Washington and ...
8801
Read

The Palazzo della Civiltà Italiana was soaring towards the sky celebrating heroes, poets, saints and navigators, but without ...
2112
Read