Home geopolitics Analysis The responsibilities of the Foreign fig phenomenon ...

The responsibilities of the phenomenon Foreign fighters: the example of the Free Syrian Army 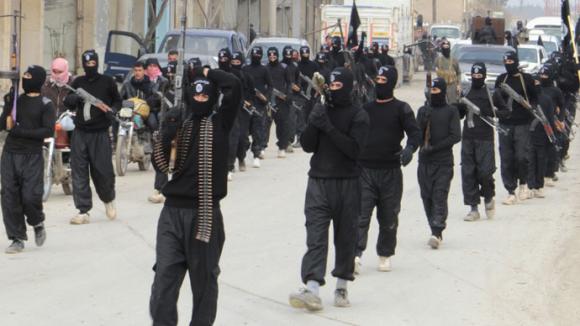 ISIS has succeeded in creating a recruitment methodology based on the motivational and ideological drives of the recruited. It is a "digital recruitment" model based on the use of the web, social networks and encrypted e-mail applications. All this to try to spread propaganda and persuasive messages in any corner of the planet, wherever there is a young mind that can be psychologically shaped to lead it to embrace the cause of the universal Caliphate. And it seems that virtual networking techniques work well, given that the number of foreign fighters currently under ISIS seems to oscillate between 20.000 and 30.000 units.

But if ISIS has managed to cultivate with great care and dedication the exponential growth of foreign fighters at a global level, it is also true that some responsibility for its creation must be attributed to the West and in particular to the United States. One example is the creation of the Free Syrian Army (FSA). Born as a fighting movement to lead an armed opposition to the Bassar al-Assad regime, it becomes the only tool available to the United States, in agreement with Saudi Arabia and Qatar, to dismiss the Syrian dictator. The idea, born and cherished within the CIA, stems from the impossibility of being able to justify a NATO intervention, since Syria is not a country that is part of it. Furthermore, what had been done in Libya, namely the establishment of a multinational intervention force, was also not reproducible, since Russia had vetoed a coalition military intervention at the UN. The CIA then decided to repeat what had been done in 1980 in Afghanistan against the Russian army: to create, organize and train groups of local fighters to fight the enemy military forces, a decision that set the stage for the creation of al-Qaeda. . Thus it was that orde To resolve this setback, the CIA, together with Saudi Arabia and Qatar, proceeded to do exactly what had been done in Afghanistan - hordes of foreign Salafist Muslim "freedom fighters" were brought into Syria for the express purpose of overthrowing its secular government. of Muslim Salafist foreigners "fighters for freedom"were flown into Syria with the express purpose of overthrowing its secular government. With unlimited funds and American weapons, the first mercenaries were Iraqi al-Qaeda who, ironically, came into existence in the course of fighting the American army in Iraq Thanks to unlimited funds and American weapons (both generously provided by the CIA), the first mercenaries who were brought into Syria were none other than Iraqis belonging to al-Qaeda, who, ironically, belonged mainly to the al-Qaeda group. Nusra, one of the most irreducible groups of fighters operating in Syria and Lebanon, whose goal is to change the multiracial and secular social structure of Syria into a Sunni Islamic state.

The US government, probably reassured by the CIA on the character moderate of the Free Syrian Army, continued to place the utmost trust on the fighting group and on the imminent downside of the Bassar al-Assad regime. However, it seems that no one has noticed that within the Syrian revolutionary group were streaming groups of Muslim Salafists intent on organizing terrorist attacks throughout Syria. And the Damascus government's statements about the atrocities committed by the FSA on soldiers, civilians, journalists, humanitarian workers, and public officials, which were labeled by Western countries as mere "propaganda", were worthless. The entire huge US support system to the Free Syrian Army was described as a mere "assistance" to the rebels, but according to an article in the 2012 by the New York Times[1], "[...]…the Despite these reports, the USA insisted that it was providing "assistance" to those who were identified as being part of the Free Syrian Army. As reported in June 2012 by the New York Times , "CIA officers are operating secretly in southern Turkey, helping allies decides which Syrian opposition fighters, weapons and weapons network of intermediaries including Syria's Muslim Brotherhood and paid for by Turkey, Saudi Arabia and Qatar, the officials said. "CIA officers were secretly operating in southern Turkey to agree on supplying Syrian Syrian opposition fighters with weapons to fight the Syrian government ... [...]. Weapons, including automatic rifles with grenade launchers, ammunition and anti-tank weapons, were channeled mostly through the Turkish border by means of a dark network of intermediaries between the Syrian Muslim brothers and Arab intelligence officers, paid by Turkey, Saudi Arabia and Qatar".

It should be recalled that following the fall of Gaddafi's government in the 2011, the CIA organized the rapid transfer of an entire arsenal of Libyan weapons to Syrian rebels. As reported in a Times article[2] by the journalist Seymour Hersh[3], in the 2012 a Libyan ship moored in Turkey, with 400 tons of weapons and ammunition (including about forty SAM-7 surface-to-air missiles), sailed to southern Turkey to reach the border with Syria. The recipients were al-Qaeda jihadists. At the beginning of 2013 an additional shipment[4] carried out by 75 airplanes, of otre 3.000 tons of weapons, part from Croatia with the complicity of Saudi Arabia as the lender of the operation. The CIA and MI6 had the task of organizing and managing the delivery of armaments to "deserving Syrian mercenaries". Also in an article published in the New York Times[5], 23 March 2013 confirms the role of Saudi Arabia as financing of the operation, but raising the number of aircraft involved in transport to 160. According to some sources, the weapons were initially transported by Turkish Cargo, a company of the Turkish Airlines group, and subsequently by the Jordanian International Air Cargo. The arrangements to organize transportation would be taken by US officials and the Croatian ambassador to the United States.

Despite the support provided to the various groups that constituted the Free Syrian Army, the government forces of Damascus continued to defeat them and rout them over the whole territory, undermining the confidence of the militias on the attainment of the victory. At the beginning of the 2014, after the increasing desertions of the militant jihadists of the FSA, a new military force is imposed in both the Syrian and the international scenario: it is the birth of ISIS or Daesh in Arabic. Strong of numerous military successes, it gets the attention of the whole world above all for the efficiency of its organizational structure. This is the result of the avalanche of Saudi money and the myopia of the West: a coalition of reactionary Wahabite groups merged into ISIS, indoctrinated for the attainment, at any cost, of the establishment of an Islamic fundamentalist state. Born as an appendage of al-Qaeda, ISIS has absorbed the militias, arms, funding and support of major Islamic countries. Patrick Cockburn, Financial Times correspondent for the Middle East[6] He asserts: "The adoptive parents of ISIS and other Sunni jihadist movements in Iraq and Syria are Saudi Arabia, the Gulf monarchies and Turkey", Underlining the role of MI6 and Turkish intelligence in the matter.

The United States, for their part, does not seem to learn from the mistakes made. They financed the al-Qaeda mujahidin in Afghanistan against the Russians, called "freedom fighters", and then realized, after the September 11, that they had become the worst danger to the United States. The same mistake was repeated in Syria, creating, at least in part, the conditions for the birth of ISIS.

As was widely expected, during the Summit of NATO Heads of State and Government in Madrid, Finland and Sweden ...
3953
Read

The international situation is evolving rapidly and there is no country that does not have to adapt. In an area of ​​course ...
8354
Read

The visit of the Chinese foreign minister, Wang Yi, who in the second half of May touched several small states ...
1106
Read

The focus of geopolitical attention cannot be fixed; Ukrainian drama aside, Asia continues to stir up more than ...
8889
Read

The vote in the UN Assembly of the motion condemning Russia's aggression against Ukraine has ...
3219
Read

Wars are not only fought on the battlefield but also on agricultural fields. The world is witnessing a ...
1529
Read

The Ukrainian conflict does not stop international relations, which are bound to each other by a globalization ...
2375
Read

The rise of China as a global economic and geopolitical superpower has heightened tensions and concerns about ...
3349
Read

Last May 23, with a grand ceremony attended by President Recep Tayyip Erdoğan as guest of honor ...
4615
Read

While a part of the world watches with concern the evolution of the situation in Ukraine, in other regions of ...
8069
Read