The new gas wars. From Africa to Eastern Europe 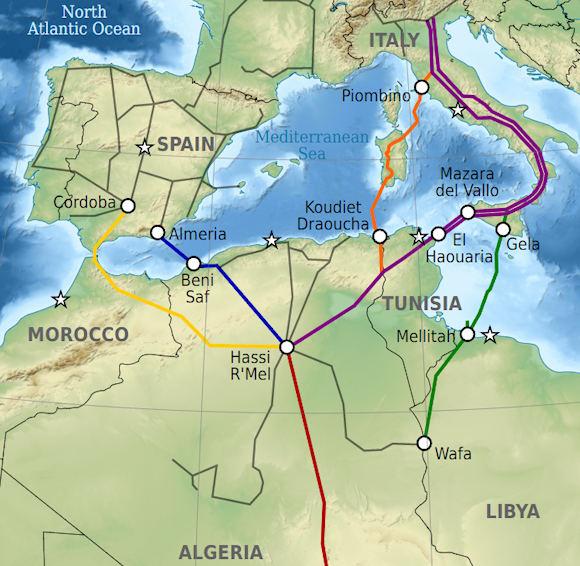 Troubled waters in Spain after the letter addressed to King Mohammed VI by the president of the Spanish government, Pedro Sanchez, in which he acknowledged that the autonomy plan proposed by Morocco is the solution "more serious, more realistic and more credible" of the conflict (see article).

The UN through its spokesman, S. Dujarric, has invited all parties involved to support the special envoy for Western Sahara, S. de Mistura, in order to support the efforts aimed at restoring relevance to the political process of resolution of the conflict in accordance with resolution no. 2602 of October 2021 which provides "The self-determination of the Sahrawi people within the framework of provisions consistent with the principles and aims of the United Nations Charter".

The Spanish premier last week was severely attacked in a radio broadcast by the second deputy minister Yolanda Diaz. The leader of "Podemos" observed that Sanchez's move is unconstitutional and does not respect the norms of international law. In fact, the content of the letter has not been the subject of consultations or votes by the government and disrespectful of international law since it does not adhere to the resolutions of the United Nations which, among other things, aim at the self-determination of Western Sahara through a referendum.

In this context, Italy seems to have moved closer to Algeria also with the aim of increasing its gas supplies. The Spanish press confirms that Italy remains on the positions (unlike Germany, USA and Spain) expressed last autumn by the President of the Republic, that is to support the role of Algeria in the UN for the diatribe in the Western Sahara by supporting, in addition, the special correspondent Steffan de Mistura.

Algeria threatens to send its gas via Italy if Spain diverts some of it to Morocco. It would stop using the Megdaz pipeline between Orán and Almería and promote transport through the Transmed one

Algeria is a key country for the supply of the European Union after the start of the war in Ukraine and through the pipeline with Italy Transmed (32 billion cubic meters) has a capacity four times that Medgaz (8 billion cubic meters) that passes through Spain and soon it will be necessary to understand which of the two will be the privileged one to transport gas to Europe as an alternative to Russia.

In doing so, Spain has severed relations with Algeria which, in response, threatens to send its gas through Italy if Spain diverts part of it to Morocco. So he decided not to renew the contract with the Maghreb gas pipeline that crosses Morocco to punish him. In this way, Morocco would have to buy almost half of its gas consumption on an indexed market, which is constantly increasing. After the closure of the first gas pipeline, Algeria now sends twice as much gas to Italy as to Spain via the cheapest and safest route, which is this type of fixed interconnection.

ENI states that Italy needs a partner in the south to change the supply channels and that, together with Spain, it is an obligatory path for the other EU states for alternative gas to Russia.

The prime minister, after the outbreak of the ongoing conflict in Eastern Europe, announced the reduction of dependence on Russian gas and the increase of that from other countries including Algeria. The president himself, at the press conference held in the last European council, tried to have the gas price cap included in the final points of the summit. Italy, Greece, Portugal and Spain found themselves opposed to Germany and the Netherlands which aim at the free market. This difference in the points of view of the various countries depends - says the premier - on the different forms of supply that the various countries have, or on the more or less dependence on fossil fuels.

Let's not forget that another country that has good relations with Algeria is China: it supports its vision in the Sahara and, taking advantage of the crisis with Spain, is very interested in the resources of the Maghreb country.

With the onset of the Russian-Ukrainian crisis, Algeria manifested a position of neutrality while silently strengthening diplomatic and economic relations on the one hand with Russia and on the other with the EU.

The CEO of the Sonatrach company, in his latest statement, says that the shipment of gas to Europe depends on the availability of surpluses after having satisfied the internal needs and the commitments with foreign partners.

With a latent threat of an energy crisis, Europe must seek alternative sources of supply and Italy, Spain and France in addition to negotiations with Norway and the USA have interfaced with Algeria which exports much of the gas to Europe on the basis of a political-commercial protocol and through the gas pipelines mentioned above.

In this political but above all economic framework the events and developments in the Maghreb take on significant international importance united by a red thread with the European and Russian ones. The fragile diplomatic equilibrium between the various countries examined does not suggest anything positive and indeed could definitively be destroyed, turning into further undesirable conflicts in those areas.

The international situation is evolving rapidly and there is no country that does not have to adapt. In an area of ​​course ...
6957
Read

The focus of geopolitical attention cannot be fixed; Ukrainian drama aside, Asia continues to stir up more than ...
8761
Read

The rise of China as a global economic and geopolitical superpower has heightened tensions and concerns about ...
3274
Read

Last May 23, with a grand ceremony attended by President Recep Tayyip Erdoğan as guest of honor ...
4503
Read