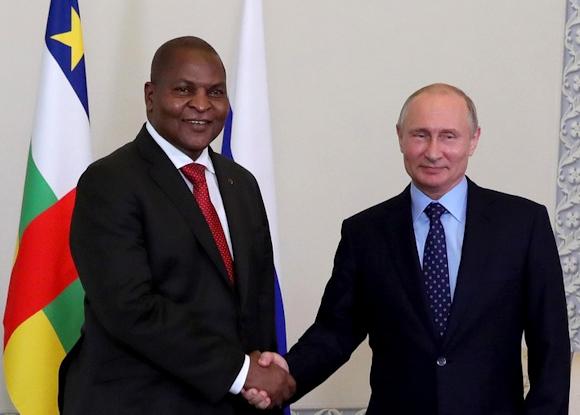 For a long time, Africa has been the continent that, together with Southeast Asia, has seen the greatest effort by the great powers to conquer new spaces of both economic and geopolitical influence. For a long time now, the main Western media and study centers have been focusing on the exponential growth of Chinese interests in Africa, in direct contrast to those long established by the former European colonizing powers and the United States of America. However, very few Western analysts have so far noted Russia's return in grand style to the great African geopolitical and geo-economic games.

Examined from a long-term perspective, this evolution has no economic logic at all and indeed promises to guarantee a perennial presence in Moscow in the "Black Continent". Unlike most nineteenth-century European powers, the Russian Empire never possessed colonies on African soil, limiting itself only to superficial economic and diplomatic relations with the colonies and protectorates created by the European powers on the spot, as well as with the Empire Ethiopian, the only African country not to be occupied by Europeans.

Things changed during the "Cold War", when the Soviet Union began a titanic effort to establish profitable relations with all national liberation movements and with independent newborns in order to attract those countries into the orbit of the "Eastern Bloc ". Indeed, the influence that Moscow had on the African continent between the 1960 and the 1991 was considered by most, greater than that of the United States and the former colonial powers put together.

The end of the "Cold War" and the disintegration of the Soviet Union itself led to the substantial end of any strategic Russian presence on African soil creating a vacuum that the US and Europe were happy to fill again. And yet, starting with the 2003, we are witnessing an overwhelming return of Russia also to this continent, apparently so far from the traditional areas of interest of Russian geopolitics.

In the early days it was a "muted" return, mainly by re-establishing limited economic and military relations with a small number of formerly close allies. After the "crisis of Ukraine" and the beginning of the Russian intervention in Syria, however, the process has undergone an abrupt acceleration so as to now interest the whole continent (with a particular focus on a dozen major countries). Moreover, for the first time ever, it seems that the Russians are pursuing an integrated strategy which, in addition to benefiting the state and Russian companies, has the long-term objective of definitively stabilizing African countries from a security standpoint. so that they can then "march on their own" and then establish a partnership with Moscow that leads to shared political choices. From this point of view, the Muscovite approach to African affairs differs considerably from that of Western countries but also from that of China, aimed solely at the hoarding and exploitation of the continent's natural resources and without a clear vision with respect to the future role political of Africa. 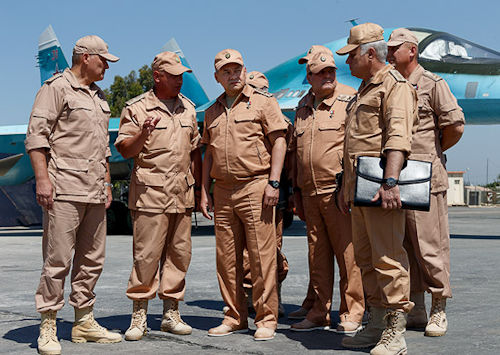 Considering the plurality of its initiatives, Moscow has spent around 20 billion on the African continent, from 2003 to today; a figure that would seem ridiculously low. Furthermore, with GDP growth including 1,5% and 1,8% in the three-year period 20182020, Russia cannot possibly be considered a "large economic area" capable of creating such synergies with Africa as to subtract the masses African from their condition of poverty. However, what the African elites really care about is the ability of the Russians to "export security" and contribute to the stabilization of conflicts on the African continent to allow them to focus on domestic economic development plans. In other words: a sort of replica of the role that Russia has excellently played in Syria (photo).

Certainly, apart from geopolitics, the Russian state (and its various "informal" extensions) also expect a certain economic return from such "operations" in such a way that they can at least "self-finance" themselves, but this, for a vast and very rich continent of natural resources of all kinds, is not a problem at all. Between the 2005 and the 2015 for example, the volume of investments and free trade between Russia and Africa grew by 185% and registered the greatest expansion especially in the energy and mining fields. Here, companies like Gazprom, Lukoil, Renova, Rusal and Alrosa only billed 2018 billion in the first six months of the 10,5.

The big Russian giants are trying to diversify their interests by moving outside of normal oil and gas investments. For example, finalizing the construction of nuclear power plants in Egypt, Nigeria and Algeria and hydroelectric power stations in Angola, Namibia and Botswana, producing aluminum in Nigeria, developing the largest platinum field in the world in Zimbabwe and extracting uranium in Namibia.

In general, given that over 620 millions of people in Africa do not have access to electricity, the energy production and distribution sector should be the one with the greatest possibilities for growth and from which Russian companies can expect the greatest economic return. In the military and in the security field, Russia not only supplies arms to African states (already during the "Cold War" Africa was the second "consumer" of Soviet armaments after the Middle East) but now actively contributes to the reconstruction and the training of the armed and security forces of a plurality of African states. The most important cases, leaping to the headlines in recent months have been those of the Central African Republic and Sudan, where Russian military instructors probably placed in the private military and security company "Wagner", managed by Yevgeny Prigozhin (man with solids ties to the Kremlin), have completely retrained and re-equipped the men of the special forces and presidential guards of the two countries. The departments reformed by the Russians were then involved in anti-guerrilla operations with excellent results. The success achieved led to the establishment of other similar "military missions" in the Democratic Republic of the Congo and in Chad while the presence of military instructors in South Sudan and Libya in support of the general's militias is not confirmed (but highly probable). Haftar. 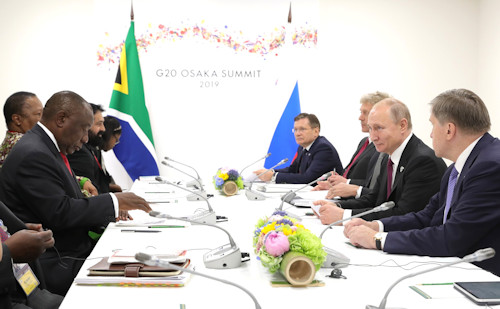 In addition to military aid, Moscow has also decided to "invest in the social" through humanitarian aid quantifiable at around 400 million dollars a year distributed for 60% through international organizations such as the World Food Program and the UN agencies that deal with of refugees and for 40% as direct bilateral aid to individual governments. The investment in the media field is also interesting, with the creation of newspapers, TV companies and so-called "new media" in particular in South Africa, Morocco and Madagascar. In the latter country, the Russians have supported in depth the re-election of Andry Rajoelina (already president for the first time between the 2009 and the 2014) by organizing his electoral campaign and arranging the free distribution of no less than two million copies every monthly of the main newspaper in the country.

Needless to say, Muscovite activism is not favorably viewed by Western chancelleries but not even by China itself, which thus sees its margins of predominance eroded. But the country that most seriously took the moves of Putin and his men was France, given that a good number of the countries in which Russian penetration efforts are concentrated are precisely those belonging to the so-called "Francophone Africa" and which are treated from Paris as exclusive "hunting grounds".

The country where the fiercest clash occurred was the aforementioned Central African Republic where, through the influence acquired on local secret services, almost all pro-French politicians were marginalized in a very short time and the country as a whole now comes defined as "controlled by Moscow for 83%".

Beyond the situation in the individual countries, what seems interesting is the effort made to try to give new momentum to the process of forming an African identity with investments in schools and academia to foster the growth of Africa as a cooperation block uniform. The latter initiative is at the base of the "Russia-Africa forum" which will be organized in Sochi in October of this year and which will see the presence of 50 African heads of state. The success of such an initiative would be a harbinger of new developments for cooperation between Russia and Africa, even at the geostrategic level, but we will only see these hypothetical scenarios in the future. 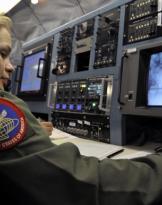 On May 21, 2020, with one of his many impressive announcements that made him famous everywhere, the president ...
273
Read 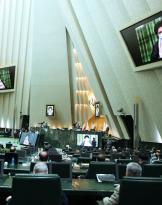 What will the world be like in 2021? What influence will Covid19 have on the Middle East? The slowdown of the dynamics ...
848
Read

Turkey is increasingly determined to impose its role as a bridge state between Europe and the Middle East. In the region is ...
2147
Read