Home geopolitics Analysis The economic alliance between Israel and Gi ...

The economic alliance between Israel and Japan 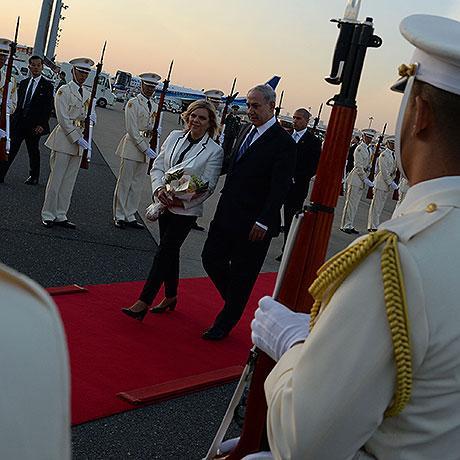 This week, officials from the Kansai region of Japan signed a memorandum of understanding on strengthening trade and economic ties between the Land of the Rising Sun and Israel. The event is part of a program that saw a delegation of the administrations of important Japanese cities work together like Osaka, Kobe and Kyoto, managers of multinational electronics companies like Panasonic and Hitachi and representatives of the National Agency for Export.

Fundamental point of this new economic horizon is the priority interest shown by Japan for Israel as an "international center of advanced technology", the type of technology needed for Japan to revive in terms of competitiveness of its economy, aimed above all at an effective comparison with China.

The level of relations between the two countries had a turning point in May 2014 when Israeli Prime Minister Benjamin Netanyahu visited Japan, followed by the replacement of the visit to Israel by Japanese leader Shinzo Abe in January 2015. Since then, relations between Tokyo and Tel Aviv have matured rapidly, pivoting on mutual commercial and strategic interests.

The two governments have signed numerous agreements in sequence: last October, Israel established a commercial office in Osaka to promote the technology of the Jewish state among Japanese car manufacturers; Japanese companies, including Toyota, have also organized tech events, hackathon and other initiatives in Israel, an ideal base for future and new projects start-up.

The economic axis between Japan and Israel rather than a "new alliance" seems to be the development of an ancient revalued relationship under the banner of greater transparency. In ancient times, especially from Japan, bilateral relations were characterized by a certain amount of mute, justified by the Japanese fear of irritating Arab partners and thus affecting Middle Eastern oil supplies, of which Tokyo has always had an absolute need. The times have apparently changed. New strategic possibilities now seem to prevail over the Japanese fear of losing consolidated strategic contacts.

Why all this hype against the US-Iran crisis? Most men and grants from the ...
853
Read