Home geopolitics Analysis Turkey: a partner of Italy at the center ... 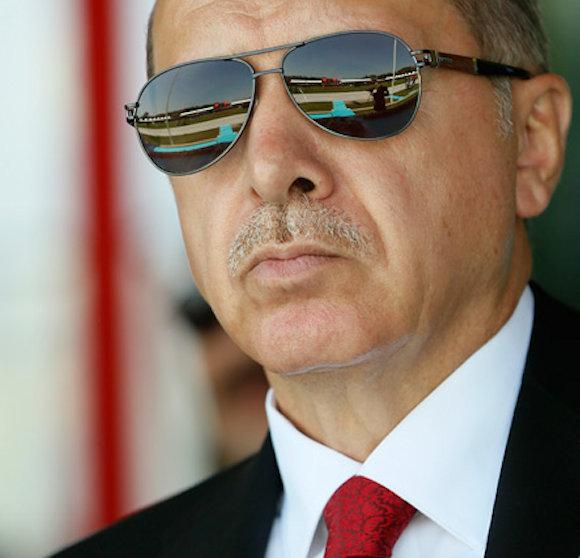 Mario Draghi spoke of Turkey as Italy's main trading partner in the region that includes the Middle East and North Africa. The keywords of all this are three: partner, commercial e Middle East. It meant that we cannot ignore Turkey as a "partner" in the region, all this has an important economic and commercial value for both of us but above all that for us Turkey is - let me play the pun - the "door" to the Middle East , but as such it is entirely located in this region and not in Europe. Indeed, aside from Russia's invasion war in Ukraine, the rest of the Eurasian “big game” right now revolves around the Turkish Republic.

The scenario of the last decade

The exit of the United States - not today: it has been a process that has been going on for more than ten years - and the weakening of Russia - dramatically accelerated by the Ukrainian events - apparently left Turkey, but also to Turkey, more freedom of action. other regional powers.

The war in Ukraine has, if possible, increased the strategic importance of Turkey and its position in the region. In the last ten years, at least until the outbreak of the war in Ukraine, the United States avoided keeping Ankara under pressure, so as not to find it on the side of Russia: then, they did so in order not to have it sideways in the NATO enlargement process. All of this has encouraged and in part still encourages Turkish adventurism. The containment of Turkey has been and is the challenge of the Sunni Islamic countries, of the European countries facing the eastern Mediterranean and, last but perhaps the most interested of all, of Israel in recent years.

The reaction of the small countries of the eastern Mediterranean

Since Recep Tayyip Erdogan came to power and even more since he became Turkish president, Cyprus, Greece and Israel have enormously intensified their political, energy and military relations. The political leadership of the countries meets regularly: they coordinate their energy policies, especially on gas fields in the Eastern Mediterranean and founded theEast Mediterranean Gas Forum (EMGF), which includes Egypt, Italy, Jordan and the Palestinian Authority (the one not governed by Hamas, so to speak), a regional cooperation tool for the development of natural gas fields in the Mediterranean. Israel, Greece and Cyprus conduct various military exercises of great operational and strategic importance.

Among the unofficial objectives, there is also the adoption of a common approach towards the USA, capable of sensitizing Washington towards the Eastern Mediterranean region. One effect was also Turkey's changed attitude towards Israel and the Abraham Agreements between Israel and the Sunni Gulf monarchies.

Greece and Cyprus - with Israel cautiously on the sidelines - have fostered military relations with Egypt in the face of security threats and to help defend their interests in the eastern Mediterranean. Of course, we are talking above all - if not exclusively - about the Turkish threat. Egypt's reluctance to find itself in an alliance with Israel seems important but not insurmountable, given that Egyptian participation - we remember it: one of the military powers in the region - could be extremely advantageous for the four states.

Faced with this, in order not to remain isolated, Turkey, the revisionist power of the region, had to moderate its behavior.

Ankara's goal is to use part of northern Syria - including a corridor about thirty kilometers deep beyond the territory already controlled by the Turks and their Syrian allies - as a sort of new colony, to move Syrian refugees by hook or by crook. present in Turkish territory. The goal is ethnic replacement, removing Kurds, Yazidis, Assyrian Christians and other minorities and putting mostly Arabic-speaking Sunnis in their place, using pro-Turkish extremist groups to control the territory. We are talking about the well-known armed gangs of religious extremists present in other parts of Syria and often engaged in kidnapping, rape and extortion. Some of these groups have been sanctioned by the United States as terrorists.

Ankara has recently promised to launch a new invasion. Unlike what happened with Trump, the Biden administration has denied consent to further military action, even considering that the United States in Syria has allies and clients among Kurds, Sunni Arabs, Christians and other groups.

Erdogan is in no hurry to organize a new military operation against armed Kurdish militants, especially against the cities of Tal Rifaat and Manbij. In addition to Washington's placet or at least neutrality, Turkey also lacks the Russian green disc for military intervention against Protection unit of the Syrian Kurdish people (YPG), which Ankara considers a terrorist group with direct links to the Kurdistan Workers' Party (PKK) outlaw. Indeed, experts note that the number of troops from both Russia and the Syrian regime has increased in northern Syria since early June ahead of a potential Turkish operation.

Nor has the Iranian Shiite republic proved favorable - or at least benignly neutral: Iranian Foreign Ministry spokesman Saaed Khatibzadeh recently said that the Syria dossier is the subject of controversy between Iran and Turkey. Due to the Turkish threat and recent Israeli attacks, the Iranian foreign minister visited Damascus to demonstrate Tehran's position in the country. Iran fears above all that if Turkey - or troops backed by Turkey - control Tal Rifaat, they will have access to Aleppo, where pro-Iranian Shiite militiamen are present, which will give them further access to central Syria.

If Tehran's no is important, Russi's position is strategic, which effectively controls the airspace in northern Syria: Ankara is waiting for Moscow to withdraw the bulk of the Russian forces to desperately use them in Ukraine before approving any operation. Operation whose scope, until a few months ago, was very vast, encompassing a huge area east of the Euphrates.The original plan of Turkey, as we said at the beginning, was to establish a safety zone 30 kilometers deep the southern border both to repel YPGs and to repatriate some one million Syrian refugees to a wider safe area.

Draghi's mention of the problem of migrants seemed like an attempt, unfortunately unarmed, to put your hands forward: Isn't it that if you can't do your own thing in Syria, then you come to our house and send us a million desperate people?

The strategic reflection of the EU has always progressed with difficulty, due to the often different vision of ...
2670
Read

Al Qaeda loses its subtlest mind; like in a Tom Clancy novel, al Zawahiri was eliminated by the 2 missiles ...
4200
Read

In the course of the two previous analyzes we spoke first of the figure of the Prime Minister of Hungary, Viktor ...
8043
Read

India and China are the two major Asian powers and among the most important countries in the world. Their relationships are ...
1776
Read

In the spring of last year, the United States, United Kingdom and NATO announced the withdrawal of troops from the ground ...
2442
Read

It being understood that international relations, by their very nature, cannot experience moments of stasis, there is no ...
6010
Read

In the course of our previous analysis we talked about how the leader of the political party Fidesz, Viktor Mihály ...
3252
Read

In international relations it is advisable to let events settle; the risk of full bets without ...
2694
Read

Draghi and a large delegation of ministers - half a dozen - are preparing to conclude a large number of agreements ...
3372
Read

The dramatic human times - and therefore intrinsically geopolitical - that the collectivities and the powers they express are ...
3361
Read