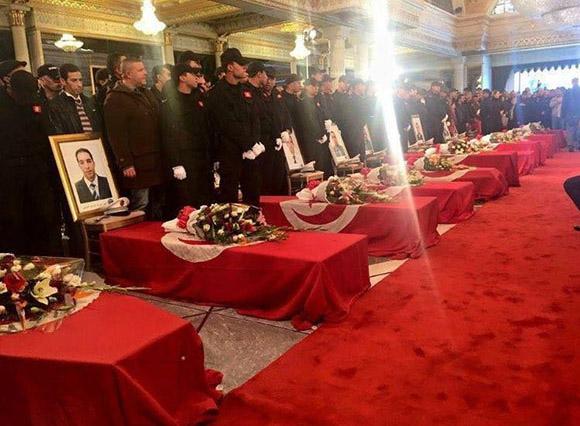 The November 24 terrorist attack, claimed by an ISIS cell, against a Tunisian presidential guard bus in the heart of Tunis, continues to demonstrate the interest that the Islamic State group has towards the Mediterranean countries. In a statement from the ISIS cell it is stated that the terrorists will not stop until it is in effect Sharia in Tunisia.

President Bèji Caid Essebsi has proclaimed a state of emergency and a curfew, while the National Security Council has decided to close the border with Libya for 15 days. Despite the terrorist threat, Tunisia is showing great strength in the fight against ISIS. The demonstration of this is represented by the political emancipation of young forces, coming from the Arab spring and new security measures to protect the nation.

The on. Imen Ben Mohamed, party deputy Ennahda to the Tunisian parliament, already reached by the OFCS Foundation, an Italian organization that pursues the dissemination of safety culture, added a Online Defense that "ISIS matrix terrorism is an international phenomenon that not only threatens Tunisia but the whole region, and therefore to address it we must collaborate and cooperate between the southern and northern shores of the Mediterranean. Tunisia cooperates with Algeria, because the threat of jihadist groups in the Shaabi, a border area between Tunisia and Algeria, is strong. Furthermore we also confine with Libya, which is experiencing a difficult situation, which affects the security and stability of the two countries. We cooperate with Europe, for the control on the maritime borders as well as for a logistic support that allows to strengthen the control on the borders with Libya. For some time, a military zone has been created, between Tunisia and Libya, and now a wall has been created to tackle the infiltration of terrorist groups from the border and control the smuggling of weapons and goods, to which the terrorism". 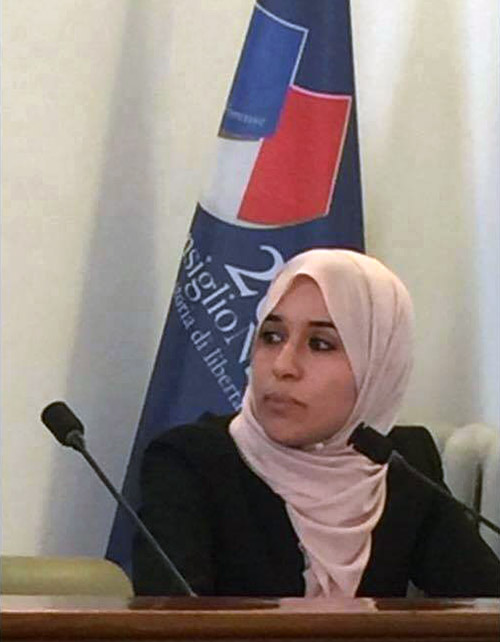 The young deputy also claims that "The Tunisian model is a real threat to ISIS. The success of the Tunisian democratic process is an inspiration for the other countries, which are still making a difficult transition path, and this is precisely what the terrorist groups do not want ", stressing above all that" Tunisia does not differentiate in the protection of Tunisian or foreign people who are. The operators are protected not only from terrorist risk but also from crime. Tunisia is a very hospitable country, in fact there are many foreign entrepreneurs and many Italians have been living here for years. Many companies come to Tunisia even after the revolution, working in many sectors such as textiles, agriculture, energy, etc. Now, many Italian pensioners come to live in Tunisia. It has become an attractive destination because it is very similar to Italy. These people love Tunisia, they live in peace and tranquility, they have never had security problems ”.

From the Arab spring democratization processes have been implemented through the creation of a constituent assembly, greater representation of social categories both in government and in parliament and the implementation of economic reforms. However, it should be remembered that there is a low security risk for the North of Tunisia and medium for both the Center and the South of the State, even if based on precise analysis of the Foreign Office British is not advised to transit in the area of ​​the Chaambi National Park, in the border crossings of Ghardimaou, Hazoua and Sakiet Sidi Youssef, in the militarized zone at the end of the State and along the 500 km of border with Libya.

To defend the democratic evolution from the barbarism of terror, the law n. 26 / 2015, which under art. 1 aims not only to prevent and combat terrorism and money laundering, but also to assist and compensate victims of terrorism. The tightening of penalties for these crimes and specific competences for the Tunisian judicial police are still to be specified. The law identifies the creation, at the Court of Appeal of Tunis, of a judicial center against terrorism, consisting of two representatives of the Public Prosecutor's Office, investigating judges, prosecutors and judges of the criminal chambers and for minor, first instance and appeal crimes. In Article. 44 of this law is provided that «The investigating judge must confiscate weapons, ammunition, explosives and other materials, tools, equipment and documents used to carry out the crime or to facilitate implementation. Furthermore, he must confiscate the objects whose manufacture, possession, use or marketing are a crime ".

To improve the identification of terrorist cells it was included in the law, in art. 54 that "When the needs of the inquiry require it, it is possible to intercept suspicious communications" and that according to the art. 57 "infiltration operations may take place, through a disguised security officer or an informant authorized by judicial police officers entitled to set up terrorist crimes". For both standards, the prior written and motivated decision by the public prosecutor or the investigating judge is required. The effects of this law have been positive in foiling various terrorist attacks, in fact, in the days before the attacks in France, the Tunisian security forces, with an excellent intelligence coordination between Tunisia and other countries, had stopped terrorist cells that would have struck again the territories of Sousse and Tunis.

According to the sources of a Middle East intelligence service, the Paris attacks were part of a strategy of wider attacks, which would have affected not only France but also Lebanon and Tunisia. This information was sent with dispatches to all European intelligence agencies before the Paris massacre. In conclusion it must be said that it is in the West's interest not to leave Tunisia alone, to avoid the extension of ISIS and its related groups, coming from Libyan territories, but above all to defend a process of social growth, advantageous not only for Tunis but also for the countries that follow its democratic example. In these contexts we hope for greater cohesion between both shores of the Mediterranean, which will deal, according to a concrete strategy, with securing Europe and North Africa.

ISIS is a fluid threat that moves without physical boundaries. The Tunisian law against terrorism represents a positive march against Islamist-style fanaticism, but without a certain and swift resolution of the Libyan question by the West, Tunis will have to adapt to future states of alert. The arrival of ISIS fighters in the Libyan territories, not far from the Italian coasts and from the Tunisian borders, represents a serious danger to be never underestimated. It would be like having a door open to unpredictable attacks and a condition of advantage for those who are perpetrating violence and chaos.

As was widely expected, during the Summit of NATO Heads of State and Government in Madrid, Finland and Sweden ...
3119
Read