Home geopolitics Analysis The Red Star in Africa: the war in the Uc ...

The Red Star in Africa: the war in Ukraine and the southern hemisphere 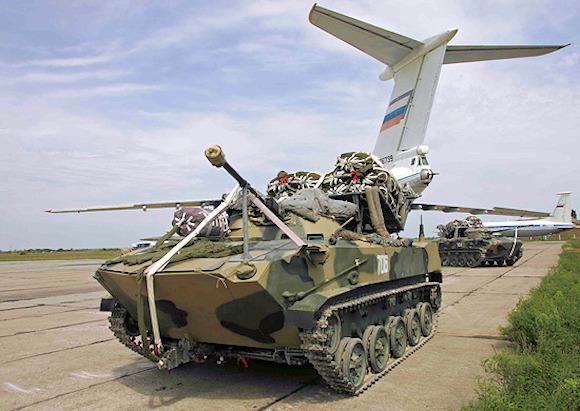 When an empire goes to war, the consequences that this fact generates can neither be limited nor limited to its "near abroad" or its direct enemy, but also fall on the more distant areas over which the empire exerts its influence and on those controlled by rival powers.

The fitting historical example of this extension of conflicts and their consequences in areas far from the actual battlefield is that of the 1940-1943 war between the Kingdom of Italy and the British Empire. The Italian declaration of war on Great Britain on 10 June 1940 triggered the deadly clash for dominance over the Mediterranean between two states that could boast vast colonial possessions and a wide-ranging imperial projection.

The African populations involved, already crossed by independence and nationalistic ferments in the years following the First World War, were forced to "take a position" in support or against their respective colonial governments and, if Rome used the propaganda weapon of anti-British nationalism and anti-imperialist against London, in fact, fascist Italy could certainly not be defined in all respects as a "third world" power, given the repression of the Libyan revolt and the conquest of Ethiopia a few years earlier. But, net of the military clash and the Italian-British "propaganda war", the Second World War in the Mediterranean area, in Africa and in the Levant generated political and economic phenomena that found their definitive outlet only between the 60s and ' 70 of the last century with the more or less bloody decolonization processes.

Today, with the war that began last February 24 between Russia and Ukraine, the West and Moscow are engaged in a very hard battle for the conquest of the hearts and minds of the peoples of African and Middle Eastern countries, with advanced peaks also in South America, which over the last few years they have been a terrain of political-economic confrontation and of "proxy wars" between these two blocs.

Already in these first days of the war, the narrative of the Euro-Western bloc tends to paint the Russian Federation as an unreliable country, dangerous for not only European but global security, also given its violations of international law and therefore of the codes of "civil life. "Between peoples. The political judgment that can be given of the Russian reasons justifying the war against Ukraine matters little here, but the fact is that the West wanted to take the opportunity to regulate, perhaps once and for all, relations of strength with Moscow.

Russia will therefore be forced already in the near future - and some "adjustments" of the geopolitical trajectory are already more or less intuitive - to seek new interlocutors or to strengthen ties with historical ones in order not to suffer too much from the diplomatic and economic isolation in which the The West has tried - to varying degrees - to push it.

In the last twenty years, Russia has tried to restructure its imperial projections and perspectives aiming, from the defensive profile, to reconstitute its Georgian (2008) and Ukrainian (2014 and 2022) "backyard", while, from the offensive profile , restored the ancient Soviet ambitions in Africa and the Middle East to achieve the historic goal of the outlet in the warm seas, pursuing its brosok na Jug (race to the south), which has always been the unattainable goal (due to the lack of transformation into naval power) of Tsarist Russia.

If the wars in Georgia and Donbass, not to mention the current one being fought in Ukraine, respond to a need perceived in the Kremlin as strategic to reconstitute the old Russian imperial space eroded since the First World War and definitively evaporated with the collapse of the Soviet Union; the Russian presence in Libya or Syria, but also in central Africa, areas where Moscow has no real interest in its own security to be safeguarded, are the result of "imperial logic" which almost impose a direct presence on it.

Marxism-Leninism and the logic of the opposition between blocs have pushed the USSR, up to the Gorbachevian international "disengagement", to support militarily, economically and commercially - with an advantage that is sometimes reciprocal and sometimes unbalanced in favor of Moscow, just like today it happens with Beijing - the socialist regimes of the Third World and have had the effect of extending the Muscovite imperial program from Tsarist Orthodox Slavism, mainly of European dimension, to a conception with global ambitions.

Contemporary Russia, which has lost its Soviet "missionary momentum", has nevertheless maintained ideas and ambitions - not always the means - as a superpower, engaging in areas of the southern hemisphere which, on the one hand, have increased their dangerousness coefficient for Westerners. but on the other hand they have exposed some of its structural weaknesses to the advantage of its enemies.

The political and military presence, official or through the longa manus area of Wagner and Patriot, the Kremlin in Syria, Libya, Mali, Central African Republic, Burkina Faso, Mozambique, Sudan and Madagascar has, on the one hand, allowed Moscow to have an "imperial coefficient" to claim in this area, but on the other it forces it to to employ resources that could be strategically diverted elsewhere and with a very different effectiveness. If, in fact, having a strong presence in Syria (confirmed a few days after the invasion of Ukraine with massive bombing of Russian air forces in the vast area that goes from Deir ez-Zor to Raqqa and in the Governorate of Idlib against the remnants of 'ISIS) can be justified in a strategic key for the Russians, given the importance of the Tartus base for their naval policy and the possibility of adapting to the sea what is already being done on land, that is to build a sort of "buffer" in which deal with a potential enemy before they set foot on Russian soil which tends to be indefensible; the squandering of resources in Africa does not fully respond to Moscow's strategic interests or, at least, until 24 February last.

Given the massive commercial and financial influence of China and the West on the black continent, the only slice of the "African cake" (subject again Scramble globally) attractive to Russia is the military one. If 2014 with the occupation of Crimea and the war in the Donbass represented the turning point for the geopolitical posture of Putinian Russia, now fully inserted among the revisionist-revolutionary powers, 2015 was the "African" year of Kremlin with the signing of military cooperation agreements with 21 African countries which also included large supplies of Russian weapons and equipment to them, as well as the training of officers in Russia and the presence on the ground of Muscovite "military advisers". Military cooperation is a tool that Moscow, in the absence of other means, uses in Africa to obtain advantages on the procurement of precious metals and rare stones, now fundamental for industries all over the world, and mining and extractive concessions.

Just think of the huge mining concessions and the exploitation of resources such as diamonds, uranium, gold and timber obtained by specialized Russian companies such as Lobaye Invest Sarlu or the Sewa Security Service (the latter also operates in private security) in the Central African prefectures of Lobaye and Ouaka in exchange for Moscow's military support for the Armed Forces of the Central African Republic in the war against Coalition of Patriots for Change (v.link). Military support that is embodied in the strong and widespread presence of the mercenaries of the group Wagner in the African country and in their direct participation (always denied until the beginning of 2021) in the fighting. It is no coincidence that the first declarations of support for Putin arrived from Central Africa with the request by some Bangui soldiers to leave as volunteers to fight alongside the Russians in Ukraine and "return the favor" to the allies.

The reciprocal sanctions - on which we do not want to give a political judgment but, since they are in place, reflect on possible scenarios - will prevent many Western countries, including Italy, which also have important interests in Africa and for which on the contrary, the black continent represents a strategically priority scenario, to restore at least cordial relations with Russia even at the end of the war in Ukraine.

The danger of such a situation is there for all to see. A Russia cut off from its traditional markets will be forced to carve out spaces elsewhere and, beyond its structural - induced - approach to China (which seems to be responding coldly enough for the moment to advances Muscovite), in the southern hemisphere will try to play a leading role to take those spaces that are denied elsewhere.

In this context made particularly fluid by the repercussions of the war in Ukraine, whose scope is much greater than the merely "territorial" one and affects the entire globe, a renewed activism is expected, more aggressive and "risky" on the part of Russia in Africa, where the scarcity of resources could certainly represent a weak point but also the incentive to push Moscow to speed up the times for the achievement of its imperial objectives. It goes without saying that the presence of a Russian "crazy splinter" in Africa - also given the substantial political extraneousness of Moscow to the traditional Scramble - represents a concrete risk for the interests and security of Western countries.

For Italy the mercenaries Wagner in Cyrenaica they represented an obstacle like the Turks in Tripolitania and the same goes for the French, today on the verge of being expelled from Central Africa to be supplanted by the Russians even before the Chinese.

Even African countries, in perennial crisis, institutionally and militarily fragile, will have to choose "referents" with whom to dialogue and from whom to ask for help and make concessions. For the Mediterranean NATO countries, Italy and France in particular, the war front of Ukraine is not on the Polish border but on the southern bank of the Mare Nostrum and between the savannah and the rainforest of the ancient transalpine colonial possessions.

Latin America is seething. This is a dramatic fact that is there for all to see. From Mexico to...
1617
Read

The news is blood curdling for its long-term implications, however you can bet…
2846
Read

While the attention of the whole world is focused on the evolution of the Russo-Ukrainian War, in the lands of the Caucasus there is…
2156
Read

In the last weeks of 2022, the consolidation of the "stratified" Russian defensive line east of the Dnieper River and...
6562
Read

One of the most compelling Disney stories of recent years is the one entitled The world to come; read it, it's worth...
5129
Read

“The Western Balkans must decide which side to take: on the side of democracy, this is the European Union,...
7743
Read