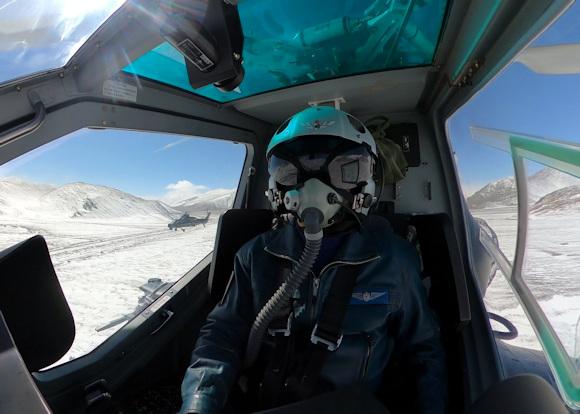 The great heat of these summer days has again attracted the attention of the media to the theme of the ever decreasing availability of fresh water. While most of the articles focus on the more immediate aspects of the problem, it should not be overlooked that the issue also has delicate geopolitical and economic implications.

The economies of the world and our health depend, in fact, on the availability of fresh water. It is therefore an indispensable resource for our very survival and the survival of societies, as we have developed them.

The implications for our health are clear to everyone. However, most often overlook its importance for economies, whether they are agricultural or industrial majority. 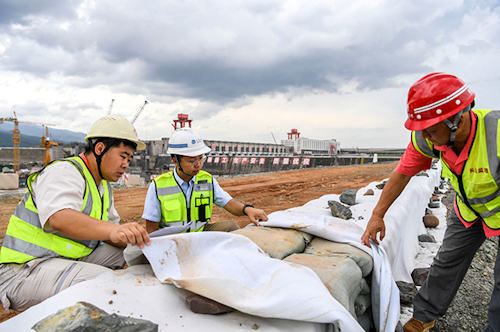 The fresh water available is not, therefore, used only for human consumption but a large percentage is used for agricultural production (82% in Asia, 40% in the USA, 30% in Europe). In this context, China and India are highlighted, which use up to 90% of their availability of fresh water for agricultural and industrial use.

To the well-known reasons of international friction present in the African continent, in the Near East, in Southeast Asia and between India and Pakistan (see article on "Strategic aspects of global warming"), which in themselves are sufficiently worrying for the devastating repercussions that any conflicts could have on the populations of the areas concerned, is added the apprehension of the implications that such events could have globally and, in particular, for Mediterranean countries and Europe in general, economically tied hand in glove with the Mediterranean area.

Recently, the reduced availability of fresh water is also heavily affecting regions that seemed to have reached a certain, albeit precarious, water balance.

Like Iran, for example. The serious challenges that the new president, the ultraconservative Ebrahim Raisi, will face after his inauguration, scheduled for 5 August, linked to the coronavirus pandemic and the difficult economic situation deriving from the American sanctions, has recently been added the serious shortage of fresh water, which has recently triggered intense protests by the population, especially in the province of Khuzestan, in the south-west of the country, on the border with Iraq. 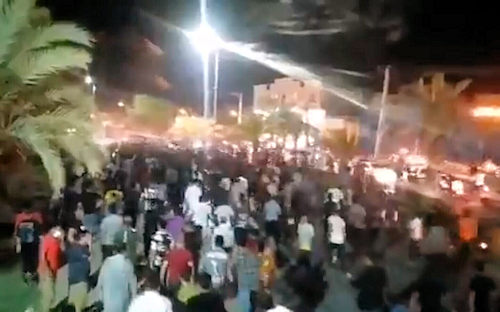 Even if any other interests among the reasons for the protests should not be underestimated (the province, in fact, is very rich in oil and supplies about 80% of the total Iranian production), the demonstrations have created quite a few headaches for the Iranian authorities who, after more than two weeks of unrest (photo), they responded with a violent repression by the security forces (so far the Iranian agencies speak of a dozen deaths and over 100 arrests).

It should be emphasized that Khuzestan is the area where the main water resources of the great Asian country are found and where most of the population lives on agriculture.

The serious lack of fresh water, therefore, has led to the exasperation of the population, which already lives in conditions of great poverty, triggering the protests of these days.

According to the government, the main causes of the crisis are the halving of rainfall compared to the average for the period and the anomalous heat wave, which caused summer temperatures to rise even up to 50 ° C, causing a significant greater demand for water throughout the Village. Despite this, the population believes that much of the responsibility for the current serious water crisis is attributable to government representatives, who wanted the construction of some dams on the most important rivers in the area, in order to divert their flow towards the internal desert areas. , and depriving the province of its main resource.

According to some media reports, popular discontent has also manifested itself, a quite unusual fact and therefore very politically significant, with praise for the death of Khamenei and the end of the Islamic Republic. 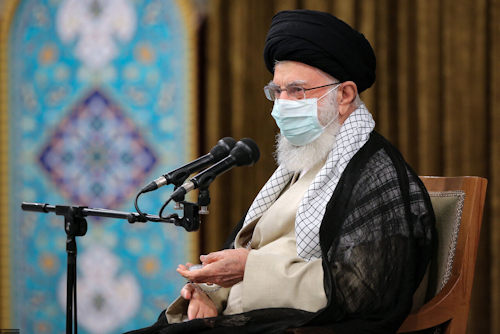 As Michelle Bachelet, UN High Commissioner for Human Rights also pointed out, “… Instead of listening to the legitimate demands of their citizens for the right to water to be respected, the Iranian authorities have only thought about oppressing those who make such requests. The situation is catastrophic and is getting worse. Authorities must recognize this and act accordingly. Shooting and arresting people will simply increase anger and despair ... "1.

In a region where water supply is one of the issues that already contribute to increasing international tensions, this is also becoming a potentially explosive internal topic, capable of triggering dynamics that could be difficult to control and virtually capable of destabilizing the whole area of ​​the Persian Gulf.

In addition to the Iranian water crisis, the consequences of the reduced availability of fresh water in Central Asia must also be considered. Most of the immense expanses of this region, in fact, are hydrologically included in basins without emissaries that allow the flow of water (endorheic basins). In a continental and semi-desert climate, the fact that rivers end their course in lakes implies that the extension of these closed basins is determined by the delicate balance between the incoming flow and the intense summer evaporation.

The massive withdrawal for agri-food and industrial uses has recently entered these fragile dynamics, such that the hydrological balance of entire regions has been seriously altered, making these areas more arid and even making entire ecosystems disappear. The case of the Aral Sea, almost disappeared in the space of about twenty years, due to the diversion of the waters of its tributaries to irrigate the cotton fields. 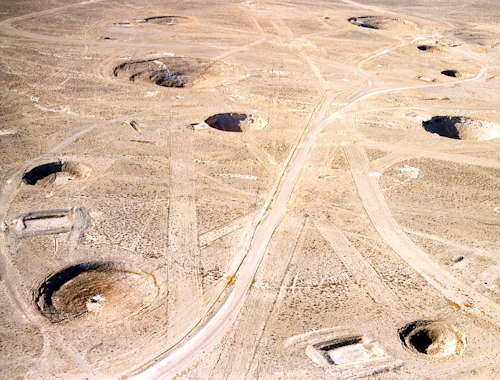 Less well known is the case of the Lop Nor, a catchment area of ​​the Tarim River, which has now given way to a desert of salty and radioactive sands, after the area was chosen for Chinese nuclear tests.

A similar fate to the Aral Sea could touch Lake Balkhash, the largest basin by extension in Central Asia and entirely located in Kazakhstan, but fed mainly by the Ili River, which originates in the Tien Shan mountains, in the autonomous Chinese region of Xinjang. .

After various events that began during the Soviet period which saw, among others, the construction of the Saryshagan rocket test range, it seemed that the further hydraulic works (including the Kapshagay dam, for the supply of electricity to Almaty) could be able, despite the withdrawal of water, to guarantee its survival.

The significant increase in Chinese withdrawals from the Ili River, to feed the cultivation of rice and cotton (notoriously in need of a lot of water), added to the increase in temperatures, is instead reducing the capacity of the lake, leading to the onset of a serious water crisis in the middle of Central Asia and the possible tension between Kazakhstan and China, which risks involving other Asian countries as well.

The generalized decrease in the availability of fresh water and the perplexities about some not exactly optimal management of existing resources risks, therefore, to upset the premises on which Western production structures, and not only, are based today, and to fuel international disputes between neighboring countries. . Those who have springs in their own territory, in fact, could be attracted by the idea of ​​"thirsting" the countries crossed by the rivers generated in their country, in order to obtain political or economic benefits, imposing radical solutions to their own advantage on the opponent. It is therefore a question of finding as soon as possible expedients capable of averting this dangerous possibility. Waiting can only dramatize the issue further.

Common sense would like everyone to accept to face this problem in all its aspects and with a spirit of solidarity. After all, all the nearly seven billion humans who populate this planet need the same two things, before which everything else becomes secondary: air and water. There should be great reasons to sit around a table and think seriously.

Although 70 percent of the globe is covered in water, fresh water only accounts for 3 percent of it. An extremely rare commodity, much of which must be treated before use. To better understand, out of 100 liters of water on Earth, immediately usable fresh water amounts to only 0,003 liters, basically half a teaspoon.

History teaches us how the availability of fresh water and its use are factors that directly influence the social relations of a country, its economic development and its relations with other countries, and how they are able to trigger fierce disputes, if water reserves are not sufficient or do not fall within the territory of a single state. Its availability is a prerequisite for the existence of life and its scarcity can cause contrasts of unimaginable proportions to explode. A problem so felt that it has led some scholars to declare that, in the near future, oil will be replaced by water as the main cause of armed conflict between states. A problem that, even if generated perhaps thousands of kilometers from us, could also have enormous repercussions on our model of life.

There is still time to avoid this risk, but on condition of profoundly changing certain attitudes.

Mario Draghi spoke of Turkey as Italy's main trading partner in the region that includes the Middle ...
130
Read

The Mediterranean once again lends itself to being the ideal backdrop for those wishing to shift attention from Ukraine; ...
1294
Read

As was widely expected, during the Summit of NATO Heads of State and Government in Madrid, Finland and Sweden ...
4171
Read