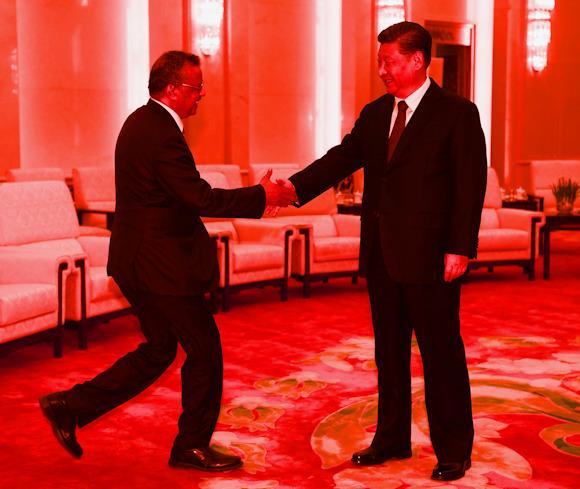 Covid is not just a health emergency; the thin red line that unites events is still emerging and outlines a picture pregnant with consequences.

Starting from a scientific context, and from the organization that embodies it, WHO, obliges to expand the panorama of international relations which, although apparently hinged in an institutional context, show the usual propensity for anarchy.

WHO: with 7000 employees, it is tied to a fundamental factor: money. To date, the US has been the largest contributor with a stake of around 15% of the budget; silver belongs to the Bill and Melinda Gates Foundation, for a share of just under 10%. According to the biennial budget, the resources amount to about 4,8 billion USD, with a strong incidence of voluntary funding that varies annually, and to which are added the not always punctual payments in USD and Swiss francs of the 196 member states1.

In the years in which the availability diminished, the influence of states and financiers with political and economic strength emerged, so much so that in 2017 about 80% of the resources were destined to meet the projects indicated by donors.

If the US persists in the decision to cut funds, the WHO should either downsize, or resort further to the generosity of the other voluntary contributors, with the US always in first position; we can say that it is only for the philanthropy (!) of the usual known that the WHO manages to carry out its tasks, however, in the binding respect of the will of the financiers, especially of the Gates Foundation which also feeds the Gavi Alliance, subject of criticism in 2013 both by Doctors without Borders for vaccine prices, both by Antoine Flahault2, so "...WHO is forced to take into account what Gates considers a priority"3.

The difficulties of the WHO, especially during phase 1 of the pandemic, were symptomatic both of the absence of political multilateralism and of the weakening of credibility of the governance defended by China and Russia, and culminated with the criticisms of the Wall Street Journal about delays , contradictions, passivity, hasty praise.

The face of the WHO is that of the Ethiopian Tedros Adhanom Gebreyesus (photo), successor of the Chinese Margaret Chan (photo) in office for 10 years, the first African general manager and the first non-doctor in the history of the Agency. 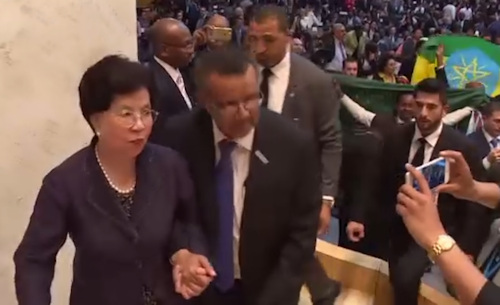 Dr. Tedros is not only a scientist, but also a shrewd and transversal politician; started in 1986 his cursus in the Derg4 as an analyst at the Ministry of Health, when the Menghistu regime begins to show the first signs of slowing down, he moved to London, where he gained notoriety by studying malaria and publishing in some of the most titled scientific journals5. Supporter of the Tigray People's Liberation Front, then merged into the Revolutionary People's Democratic Front which overthrows Menghistu in 1991, he returned to Ethiopia only in 2001 to hold the summit of the health ministry in 2005, with the rise of Meles Zenawi. In office from 2005 to 2012, Tedros adopted the WHO International Health Regulation6, promotes the use of vaccines meeting the keen appreciation of both Gavi and the National Foundation for Infectious Diseases, which allowed him to conquer in 2011, the first non-American, the Jimmy and Rosalynn Carter Humanitarian Award; in 2012 he held the position of Foreign Minister, thanks to the global relations he has been able to tighten even with the Clintons and with Gates.

Just lights? No, even shadows due both to an alleged cover-up of the cholera epidemics that erupted in Ethiopia between 2006 and 2011, and reported by the New York Times and related to an alleged involvement in the violent Ethiopian government repressions against the opposition.

An ever-present actor in Tedros' political life was China which, from 2000 onwards, lent Ethiopia more than USD 12 billion for its infrastructure; as Foreign Minister Tedros supported bilateral trade of up to nearly USD 4 billion in 2015, facilitating Beijing's participation in Nile dam projects.

La geopolitics of water, With the Grand Ethiopian Renaissance Dam, the maxi dam on the Blue Nile that Ethiopia intends to transform into Africa's largest hydroelectric reserve, led Tedros to confront Sudan and Egypt, the latter at risk of a strong curtailment of water resources, both intending to take the road required of political negotiation. Since then, Tedros has become, supported by China, the figure of reference of the African Union to the WHO, directing a third world revolution and stumbling on the appointment of Robert Mugabe7 as ambassador of the Agency. 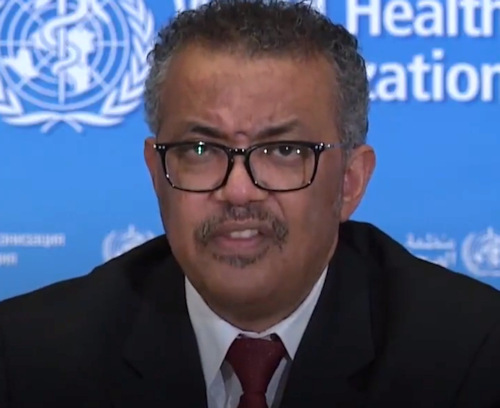 Unfortunately, Tedros will long see his fame linked to the management of the Covid pandemic. Beyond the timing of communications, culminating in the pandemic declaration of 11 March, the critical issues are divided between sanitary negligence and political balancing that brought the WHO between the American anvil and the Chinese hammer; a situation accentuated, moreover, by the news reported by the Associated Press which made known correspondence and audio in which the WHO, internally, revealed its impotence towards Chinese silence, affected by the Wall Street Journal and again chased by the international request for independent investigations; a request postponed and difficult to implement given the unlikely consent to carry out his mandate on Chinese territory because "based on the presumption of guilt".

The Chinese Communist Party, given the economic crisis and the risks of international isolation, threatening to fall into one "Chernobyl trap"8 both to remain anchored to the images of Piazza Tien an Men, is attempting to shift the focus of international attention to other theaters, primarily the American interior.

Gebreyesus 'surrender to China should therefore be reviewed, but the refusal to receive the delegation from Taiwan, since 2017 deprived of pressure from China for the status of WHO observer, has encouraged the US, in the midst of the election campaign, to cut funding for a' organization now considered unbalanced and out of American control; of course, this does not exempt western governments from the illusion that they could avoid or contain the infection from liability.

Africa: the links between Beijing and Africa are asymmetrical, especially with countries that are so backward but strategically relevant and on which to exercise a soft power expressed with the diplomacy of the masks, with very long-term loans, with production relocations and use of Chinese technology.

Despite the pandemic, China for Africa has not planned debt cancellations, so much so as to interpret the impossibility of repaying loans as a Chinese key to obtain direct strategic advantages, such as the control of areas holding geopolitical income and not only in terms of resources (Ethiopia and the Horn of Africa), and indirect terms, such as that obtained in the control of UN agencies.

Ethiopia, which has not stopped flights to and from China, demographically second only to Nigeria, has recently renegotiated its large foreign debt with Beijing. China, which has supported Addis Ababa in the construction and launch of its first satellite, has invested in the Addis-Djibouti railway, which strategically reaches the first Chinese naval base in Africa in Doraleh, and has made Ethiopia not only a fundamental partner. in Belt and Road Initiative, but also a lever to stay on the continent; it is no coincidence that Addis did not support the UN sanctions proposal. China for violating human rights in Tibet.

While for the EU Ethiopia is a beneficiary of aid according to the north south direction, for China it is an ally rich in political and diplomatic resources9 and military in an evolving continental context, especially in Somalia, Somaliland and Sudan, an ally interested in easing the dependence on Djibouti where he aims to create a base to allocate, in the long term, a fleet with the blessing of France, interested in buying back influence in the area, to contain China and to intervene in the process of Ethiopian privatizations.

For the moment our red line arrives here, however highlighting aspects that we will soon find: how China will solve its problem "Strategy paradox"10? And above all, despite the diplomatic work, how will African countries react to a possible loss of sovereignty consequent to the non-payment of debts?

9 It is home to the African Union

10 Prof. L. Gaiser, the country instead of accumulating power will have less and less due to the constant increase of the international opposition.