Home geopolitics Analysis The declaration of a state of emergency ...

Declaration of Emergency in the Bolivarian Republic of Venezuela 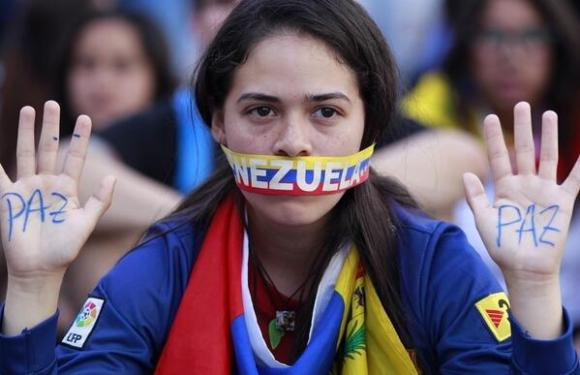 Last Friday 13 May President Bolivarian Republic Nicolas Maduro declared a state of emergency in the country. According to the same would serve to protect Venezuela from a coup implemented by foreign forces and organized by the United States.

Nicolas Maduro assures that he will not leave power before the end of his term, that is to say until the beginning of the 2019, and in a televised speech he announced that the new state of emergency will last from May to July, with the possibility of extension to to next year. Maduro did not explain the details of the new state of emergency but declared that the Armed Forces are ready to practice next weekend to face a "possible armed intervention" carried out by unspecified foreign powers with the help of Washington.

The situation in Venezuela is getting out of hand. Many indicators make the international community certain about the now imminent collapse of the economy, whose contraction in the 2015 was 5,7% compared to the previous year. A further contraction is expected for this year. Inflation is now frightening, having reached world records: we are at 700%. Basic food and medicines are increasingly scarce. The blackouts imposed by the government to conserve energy occur in increasingly extensive areas and last for several hours. If the reports of food looting from stores are more frequent and soon the discontent could explode in the streets so strikingly.

One of the causes of the crisis is obviously the drop in the international price of oil, the country's main source of export, which for several years now has significantly reduced the availability of hard currency necessary for the stable development of Venezuela. The 70% of the population want a change of government and a general change of course but the Venezuelan leadership continues to reject the opposition's demands that gained control of Parliament last December. Maduro so far has only continued to agitate the specter of the conspiracy.

What will happen in Caracas we will know very soon. We will see above all if at the end of the Chavis parable the Venezuelan people will be entitled to a new and legitimate dawn of independence or if it will end up among the pieces of a larger mosaic, as often happened in the past to the South American continent.

Why all this hype against the US-Iran crisis? Most men and grants from the ...
990
Read

Venezuela would be experiencing a dramatic new "revolutionary" phase, as a potential alliance between the FARC ...
513
Read

Many people wonder what the big countries and big organizations have concluded in Berlin ...
829
Read

The Berlin conference, called to settle the Libyan question, presented itself with a program, unbalanced to ...
15274
Read

The foreign policy of any country is, or should be influenced by history, culture and psychological aspects ...
3984
Read

A few hours ago the council of dignitaries and wise men of the Turcophone enclave of Misurata rejected the visit of the ...
6291
Read

When the Egyptian rackets will stick to the Turkish (tennis) balls, Ankara and Cairo (as well as Washington and ...
8831
Read