Home geopolitics Analysis The location of Russia in the scenarios ...

The location of Russia in international scenarios, according to the strategic vision of Tsar Putin IV 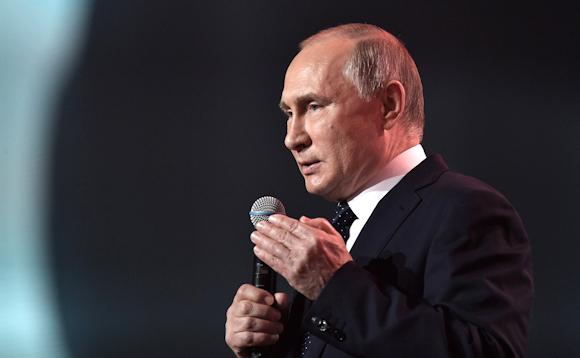 The President of the Russian Federation Vladimir Putin, addressing the Duma, after the annexation of Crimea, in March of 2014, declared: the United States of America prefers to follow the law of the strongest and not that of international diplomacy. As a nation they are convinced that they are something exceptional, that they have been chosen to shape the destiny of the world and to be the sole holders of the truth. As a result, they act as they see fit. They use force against sovereign states, and give life to coalitions based on the principle: whoever is not with us is against us.

Putin's words show the clear will of a return to Russia's international scene, with the explicit aim of limiting - as far as possible - the United States of America's unilateral vision of the world.

With the recent reconfirmation, almost plebiscite, to the presidential office Putin has been able to continue its strategic line, already started some years ago, which is based on three main elements: the renewal of the nuclear deterrent, which gives it the status of great power; the reorganization of the Armed Forces, afflicted in the past by serious problems of efficiency and recruitment; the modernization of conventional forces - in particular with regard to the acquisition of precision guided ammunition, the cyber warfare as well as the projection capacity in far-away operational terrains - an indispensable apparatus for securing a role in international crisis scenarios, without having to risk a nuclear confrontation.

Starting with the 2014, the Armed Forces of the Russian Federation have regained both internal and international credibility, completing the occupation of Crimea, supporting the actions of the Donbas separatists in eastern Ukraine and, since September 2015, intervening in the Syrian civil war in support of the Assad regime. 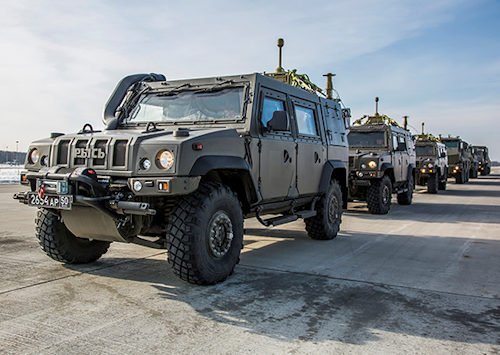 It is also interesting to underline that it is not a massive military device, based on large units equipped with heavy armaments, as in the times of the USSR, but on mobile and pluriarma departments, able to face the threats of modern warfare and to intervene also in high-intensity operating theaters: an instrument therefore available to Moscow to reaffirm its role and its ambitions of power in a multipolar world.

From the point of view of the organization, the Russian decision-making process is strongly centralized in the hands of President Putin, especially in matters of military and internal security. The president, who is also the supreme head of the Armed Forces, appoints the minister of defense, who has the functions of implementing political decisions and overseeing the preparation of forces, as well as the purchase of material and the activities of the General Staff.

The latter, headed by 2012 by General Gerasimov, exercises command over the Armed Forces through the Chief Operating Directory (GOU, Glavnoye Operativnoye Upravleniye) which has the task of drawing up plans for national defense, defining strategic planning and, in collaboration with the scientific-military committee of the General Staff, sets up the military programs. To fulfill its duties, the GOU uses a command and control system (C4ISR).

To facilitate the conduct of operations, in 2010 it was decided to create an inter-force command structure that led to the division of the territory of the Federation into four Inter-Operational Command Commands (KSO, Komanda Svmestnykh Operatsiy), integrated into 2015 by a further KSO, that of the Northern Fleet, intended to implement the projection capacity of forces in the Arctic region. KSOs have authority over all units - terrestrial, airborne and naval - stationed or deployed within their respective areas of competence, both in peacetime and in case of conflict, their creation allowed to compact the command structures making them more linear and efficient.

This revolution in military affairs has allowed Moscow to transform some areas into operational and strategically isolated areas, the so-called bubbles. Commonly known as A2 / AD (Anti-Access / Area Denial) refers to the defensive doctrine that is intended to prevent, or at least to make extremely difficult, access and deployment of enemy military units in a given area.

There are many tools to implement this strategy: from air defense missile systems integrated to mobile coastal defense batteries, from cruise missiles, to the use of surface and non-surface units, to the Special Forces, through anti-crash systems. satellite, the EW and the cyber warfare.

The one in the Crimea represents the second bubble in chronological order. The Kremlin has started a program that aims to increase, both quantitatively and qualitatively, its military presence in the area, with particular attention to the naval component, which Russia wants to turn into an instrument to support naval operations in the Mediterranean, with the Black Sea Fleet that will act as a force multiplier of the new Mediterranean Maritime Task Force of the Russian Federation.

Currently, the naval component stationed in the Black Sea consists of 45 ships and 7 submarines, distributed over four departments:

Furthermore, in the Crimea there is a substantial missile component. In fact, after the annexation, 3 batteries of coastal defense systems K-300P BASTION-P were sent, within the 2020 the version that can be launched from the underground silos, BASTION-S, should also be available; the SEPAL and STYX antinave systems, all assigned to the 11ᵃ Anapa Coastal Missile Brigade. 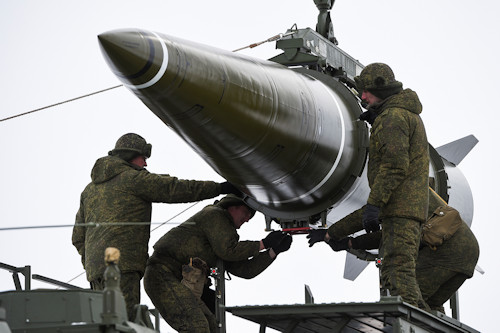 As for the traditional artillery there is the 8 ° Perevalnoye Regiment equipped with 60 pieces, including the 9M127 KRIZANTEMA (AT-15 SPRINGER) anti-tank missiles, 2S19 MSTA from 152 mm self-propelled howitzers and 9K52M TORNADO-G multiple rocket launchers. Mentra the anti-aircraft defense is assured by the 1096 ° Sevastopol missile regiment, equipped with a battery of S-300PM. Among the tasks of the regiment there is the protection of the air base of Hvardiyske / Simferopol and the naval base of Sevastopol (there are also the PANTSIR-S1 anti-aircraft complexes).

Currently in the Crimea ISKANDER tactical ballistic missile systems should not be present (photo). However, it is possible that in the near future the new ISKANDER-Ks will be sent, equipped with the cruise variant of the R-500 missile with a range of about 500 km but, theoretically, up to 700 km and therefore able to hit the Romanian air base of Deveselu, which is one of the two European bases of the NATO AEGIS Ashore ballistic anti-missile system.

It is also interesting to note that, in the second half of the 2015, Russia has repeatedly considered the creation of a joint air defense system with Armenia, which would increase the capacity for control and Air Denial of Moscow of the southern Caucasus airspace. The implementation of this joint system would be a complementary element to the strengthening of the A2 / AD doctrine inherent in the Black Sea area and would implement the Russian operational capabilities in that region.

The core of Moscow's offensive capabilities is the nuclear component, which sees the Kremlin on a substantial balance with the United States, based on the provisions of the bilateral New START treaty signed the 8 April 2010, which establishes for each power a limit of 1.550 operational strategic warrants and 700 carriers between ground-based intercontinental missiles (ICBM), submarine-powered (SLBM) and strategic bombers, to be achieved by this year. The 1 ° April 2017, as required by the treaty, the Russian Federation has declared to have 1.765 tested and 573 carriers.

In addition to the operational strategic warheads, it is estimated that the Kremlin has about 2.000 tactical nuclear weapons (installed on air-to-surface missiles, short-range ballistic missiles, anti-ship missiles and antisoms). 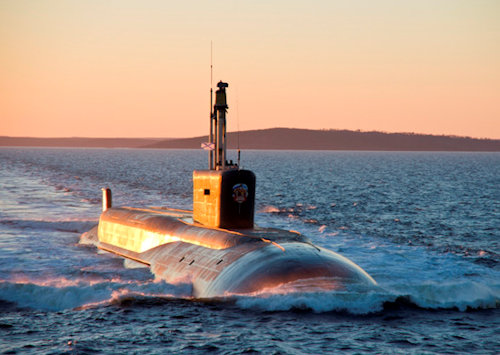 In the naval field the SLBMs are divided among six nuclear class submarines Delta IV, three class Borei (photo), two Delta III it's a Typhoon (used as a platform for test launches), equipped respectively with SS-N-23, SS-N-32 and SS-N-18 missiles, all able to hit the US territory, even starting from submarine bases. The standardization of the operating line on the single class is planned for the near future Borei (eight boats to be built within the 2020, including the three already in service) armed with SS-N-32, with the retirement of the old units and their missiles.

In the field of long-range bombers, Russian aviation deploys about 140 aircraft between Tu-160 BLACKJACK (16 specimens), Tu-95MS BEAR (60 specimens) and Tu-22M3 BACKFIRE-C (less than 70); according to the START treaty each bomber is counted as a single warhead, regardless of the number of free-fall bombs and cruise missiles (Kh-101 and 102) actually transported. The Kremlin has planned the modernization of aircraft in service, in particular the Tu-95 and Tu-160, while the construction of about fifty new Tu-160M2 is planned. Also planned is the development of a new strategic bomber, designated PAK-DA, with capacity stealth and capable of transporting both nuclear and conventional weapons, however financial difficulties make their acquisition times uncertain.