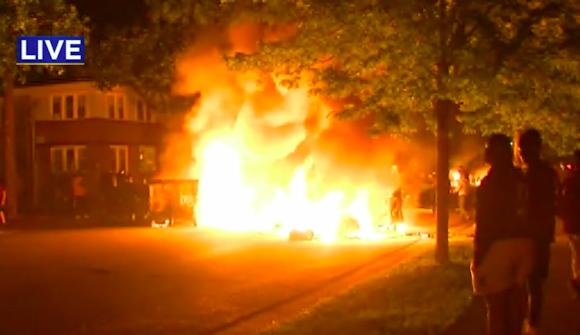 We followed, like many others, the latest US events and their vast echo in the world, and we preferred to have them sedimented by analyzing the less scenographic aspects. It cannot be overlooked that the last few years have been characterized at international level by protests, inaugurated in 2011 by the Arab springs, which have marked the affirmation of widespread skepticism towards the institutional forms in force.

South America, Iran, Lebanon, Hong Kong, France, USA, testify to a latent and angry malaise that Covid has exploded, and which will hardly be able to find solution in the mass movements that despite opposing current policies, cannot transformistically support valid alternatives, since in any case they represent only a part of citizenship; groped to break the internal political balance, as happened in Turkey for the events of Gezi Park, can lead to authoritarian counter-reactions, moreover approved by a large audience and eager to re-establish the rules of atidy majority cohabitation.

The American events, characterized by the crisis towards general loyalty to a democratic ethos by all involved1, and stigmatized by the EU with a style that recalls the statements addressed to dictatorial governments, bring back to the scene the violence triggered by the dramatic and already seen pattern of the "Yes but.. ”which features the police against a not completely innocent victim, and which opens up interpretive possibilities according to different interpretations.

The big picture, which exposed the USA to damnatio by countries that, harshly criticized such as China and Iran, have found unexpected sides, highlights the persistence of never dormant racial tensions and the result of a lack of integration, poverty, ease of purchase of firearms that stimulates uncontrollable spirals, with an Administration that feeds the oppositions; after all, it is historically impossible to find a hegemon that it is democratic in the broadest sense of the term.

In summary, it seems too simplistic to reduce the problem to the racial aspect, which also retains its polarizing importance enhanced by an electorate not always adequately educated, especially if we then examine the long historical excursus of the disputes2. 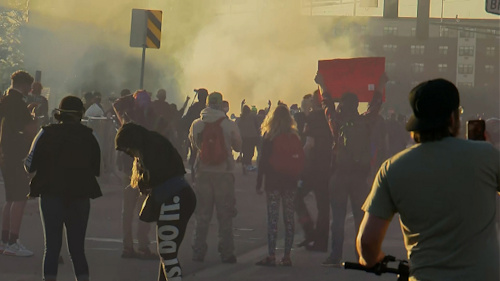 The roots of discomfort extend far and deeply; it should not be forgotten that racial inequality was already burning under Obama, during whose mandate the Black Lives Matter movement was born, and that the aggressiveness of law enforcement agencies, which depend on local and non-federal authorities, was now well delineated also in the city democratic-led; pandemic and lockdown have eroded a share capital already depleted by the economic difficulties increased by the costs of health insurance due to Obamacare. The practices adopted by the police of the various states, highly militarized and subject to a union capable of operating strong political pressure, highlight the weakness of the federal system, and sharpen contrasts and contradictions not only among the Republicans, who identify vandalism with the demonstrations, but also among the Dems, determined to condemn the violent but without denying a protest that, in New York, has personified with elements belonging to radical groups identified by the Police during the inspections previously carried out in areas where then a dispute characterized by coordination would have exploded and typical organization of asymmetric conflicts in urban theaters. In electoral terms the protest, feared as a possible new one colored revolution, it could be politically relevant from different points of view; while some Republicans tend to move away from Trump as evidenced by the statements made by ex-President Bush, prone to a liberalism capable of undermining the classic vision of law and order, for the Dems the presence of particularly intransigent exponents such as Kamala Harris and Amy Clabouchar could prove to be a double-edged sword.

Let's add a pinch of chaos; Williams Sydney Porter, in the early XNUMXth century introduced the expression "republic of bananas", later taken up by Woody Allen, and subsequently used to stigmatize unstable and dictatorial countries; this terminology has made a comeback when, after the events of Roosevelt that marked a political conduct that was more elusive, James Mattis (former Secretary of Defense ) and John Allen, retired 4-star generals but still very present in American political life, have bitterly criticized both the presidential intent to deploy fighting troops invoking theInsurrection Act of 1807, both the definition of American cities which battle space provided by Mark Esper, head of the Pentagon, or the furthest away from the spirit of post-secessionist reconciliation embodied by the Lincoln Memorial, for the occasion manned by the National Guard troops; an ecumenical spirit which, moreover, is not even reflected in the intention of quashing the titles dedicated to the major Confederate leaders. Mark Milley, current president of the Joint Chiefs of Staff, on this occasion, reminded the FA of the oath taken to support a Constitution which gives the right to "freedom of speech and peaceful assembly"The USA, bifrontally, continues to have two faces: that of the indispensable Nation of Madeleine Albright, and which returns to conquering space with SpaceX and Crew Dragon, and that painted by The Washington Post so "In the grip of illness, unemployment, and indignation towards the police, America plunges into crisis"; America goes back to the stock exchange but not in the real economy; it can count on military and political power and is supported by the ability to flood markets with fresh press currency that no country can refuse; relies on a reactive foreign policy common to each President. 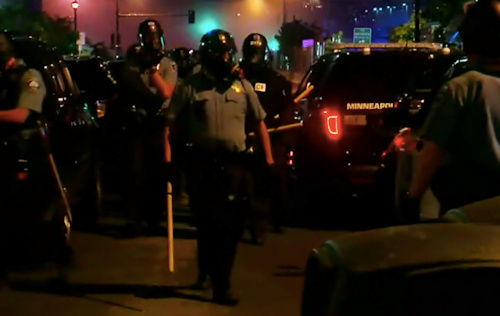 We come to the considerations impolitic. Each deployment, without any distinction, is attempting to ride the tiger represented by an unstable situation, where attacks on symbology are freed from racism; after all, nothing new in the USA where, so far, the political ability to control events had always been resilient and capable of preserving social peculiarities, something unimaginable in countries like Russia and China, fearful of dangerous and disruptive peculiarities.

In the USA, articulated and complex, the political narrative has always been aimed at uniting, proposing a federalist model supported locally, and now conceptually put at risk by the exaltation of specificities hitherto controlled, but now ready to induce centripetal thrusts. In exacerbating the social dynamics so far dormant, Trump satisfies the silent majority but discovers an uncontrollable Pandora's box; although the situation is perhaps less critical today than that experienced at the time of Martin Luther King, the social fractures remain: Obama thins out problems that still remain, Trump polarizes society to the extreme.

Let's now go back to the Dems, and the 77-year-old Biden; political antagonism, on the one hand, pushes to underline the inadequacy of the current administration, on the other hand, it seems completely blind in considering the future consequences of the current position. Depower the police, unless you intend to come to an operation marketing which underlies the intent of clean and rearrange, would lead the major national urban centers to experience the current criticalities of Seattle, where in fact a large portion of the city has been removed from the control of public security; glorifying iconoclastic excesses that are more absurd than rational, is already leading the US to a dangerous and mortifying comparison with the Taliban destruction of Bamiyan's Buddhas. If Trump's strategy is politically primordial, it does not cure multilateralism and risks being delivered a refusal of obedience by FA which has always been an instrument of foreign policy, the Dems are taking a perhaps even more dangerous path, because they are able to trigger reactions again more violent, in the face of a political program which in fact only materializes in a personal attack; if the Dems win it will be because Trump wanted to lose, and because they have not been able to actively spend on major domestic problems, for example not defending workers from Chinese dumping, and failing to express a younger and above all alternative ruling class.

As strong analysts say, the American risk is to yield in the face of the only real threat to survival: not so much hunger, as an uncontrollable and wild violence, because "..Gthe Americans, whatever the color of their skin, have a clear soul, much lighter than ours .. because they believe that Christ is always on the side of those who are right. Because they believe it is a serious fault to be wrong, an immoral thing .."3.

The images of the terrible explosion in Lebanon have drawn attention to that troubled country. Although from ...
2645
Read