Home geopolitics Analysis The coup in Moscow: the general "re ...

The coup in Moscow: the "rebel" general who saved Russia and the world 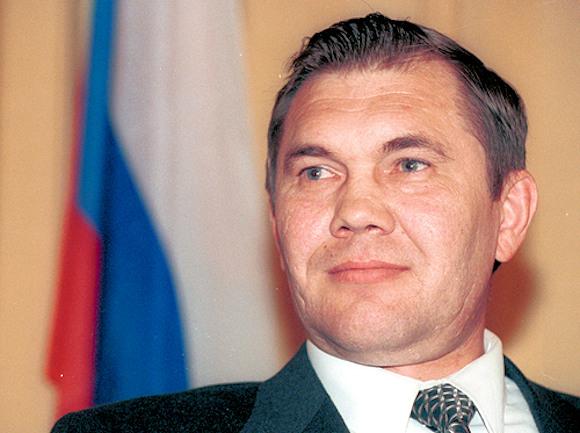 We agree with Leo Tolstoy according to which "There are heroes who dedicate themselves entirely to their mission and who perish without reaching a goal". One of these was, without doubt, one of the protagonists of the failure of the coup d'état in Moscow of 18-21 August thirty years ago: the general Alexander Ivanovich Lebed.

I wanted to make this piece a ucronia on the victory of the coup leaders and the survival of the Soviet Union, then I realized that the human and material misery of Gennady Yanayev and his gang was so deep and incurable that no stroke of luck would have could turn the tide: their fate was sealed. Or maybe not?

There was a moment, in the short turn of one night, that between 20 and 21 August, when things could have taken an unpredictable turn: the taking of Boris Yeltsin's headquarters, the sidelining and perhaps the elimination. physics of "white crow" and of the leaders of the Russian resistance to the CPSU tail strike. And perhaps the beginning of a Russian-Soviet civil war with unimaginable consequences ...

But let's try to understand what happened. On August 20, the commander and other senior officers of the Alpha Group, an elite KGB unit, General Viktor Karpukhin mingled with the crowd of Yeltsin supporters, along with the Deputy Commander of the Airborne Troops, General Alexander Lebed, in order to assess the feasibility of a military operation. It was undeniable that a bloodbath was being prepared.

Lebed, with the consent of his superior Grachev, returned to the headquarters of the Russian leader and secretly informed that the attack would begin that same night at two o'clock. This simple gesture allowed the men and women gathered in the "White House" in Moscow to organize an effective defense and was the basis for the rapid dissolution of the coup junta in the following hours.

Lebed had not arrived there by chance: he had been a protagonist in most of the military conflicts of the last decade of the Soviet Union: from 1988 to 1991 he had commanded the 106th airborne division, used first in Afghanistan and then in the suppression of revolts throughout the Soviet Caucasus, Georgia (1989) and Azerbaijan (1990). It was in the Caucasus that he refused to use brutality to crack down on demonstrators.

Later he became deputy commander of the Russian airborne troops, precisely the position in which the coup d'etat of 1991 took him. of the Russian 14th Army in the military phase of the conflict in Moldova between the Transnistrian separatists and the Moldovan government in 1992. Thanks to him, the Russian Federation still exercises power, albeit indirectly, in that strip of territory between Moldova and the 'Ukraine.

Lebed's growing media exposure and popularity drew criticism from the more liberal-minded establishment that a "war party" was raising its head in the country.1.

To tell the truth, Lebed was not a future coup leader, but a constant critic of corruption and incompetent leadership: his resignation from the army in 1995 was welcomed, as his biographers say, for "having offered her, once too often to the Minister of Defense after a series of clashes "2.

Far from damaging his image, his resignation from the army gave him the turbo to participate in the presidential elections of 1996, coming third with just under 15% of the votes, and to become the dominus of the Russian armed forces, from the chair of president of the security council, theoretically second only to Yeltsin. By ending the first Russo-Chechen war of 1994-1996, he proved that he was "one of the few Russian politicians pragmatic - or shrewd - enough to realize that the fighting in the North Caucasus had to stop."

In early 1997 he even went on a "presidential-style" tour of the United States, receiving a loan from the International Monetary Fund that allowed Russia to pay salaries to civil servants and attended the inauguration of Bill Clinton's second presidency. From here, our man looked ready to take off for the Moscow Kremlin. Instead, his caustic style and reputation as a loose cannon led him to direct confrontation with theinner circle by Yeltsin.

Lebed at that point, a new Cincinnatus, left Muscovite politics forever, retiring to be governor of Krasnoyarsk Krai, a huge region in the heart of Siberia. Far from spending years as a retired general, he continued to be uncontrollable and to discover many shrines, falling into conflict with the local "barons" who had helped him become governor, but whom he later denounced as "mafia". In the meantime, he had called Moscow, where Yeltsin had meanwhile been replaced by Vladimir Putin, to ask the central power to clarify the dirty business of its former electors. At that point, death caught him in an accident with the helicopter that reminds, to the most mischievous, that of a certain Enrico Mattei. But you shouldn't think badly ...

Thus, the human and political story of one of the protagonists of the last decade of the twentieth century ended.

"From the physical constitution of a bear and with hands like clamps, he was gruff, frank and did not bow to anyone": he immediately made it clear that "democracy was not the most important thing for him: the country was".

He could have followed in the footsteps of Napoleon or De Gaulle, as many had predicted him; however, nothing went as expected. “A good player who loses in chess is sincerely convinced that his loss is due to his own mistake and looks for this mistake at the beginning of his game; but he forgets that with each new move, as the game unfolded, other such mistakes were made; that none of his moves were perfect ”, to say it again with Tolstoy.

We like to recall him, in conclusion, with the heated discussion he had with the Soviet Defense Minister Verennikov, on the afternoon of August 20:

"They are building barricades. It will be impossible to avoid numerous victims"Lebed said.

"You are a general and it is your duty to be optimistic", retorted the superior.

After this, Lebed - in agreement with other colleagues - ran to inform and organize the patriots barricaded in the White House.

Who said that a soldier must always obey orders, even the bloodiest ones against the defenseless?

As was widely expected, during the Summit of NATO Heads of State and Government in Madrid, Finland and Sweden ...
216
Read

The international situation is evolving rapidly and there is no country that does not have to adapt. In an area of ​​course ...
8084
Read

The visit of the Chinese foreign minister, Wang Yi, who in the second half of May touched several small states ...
1081
Read

The focus of geopolitical attention cannot be fixed; Ukrainian drama aside, Asia continues to stir up more than ...
8800
Read

The vote in the UN Assembly of the motion condemning Russia's aggression against Ukraine has ...
3165
Read

The Ukrainian conflict does not stop international relations, which are bound to each other by a globalization ...
2347
Read

The rise of China as a global economic and geopolitical superpower has heightened tensions and concerns about ...
3318
Read

Last May 23, with a grand ceremony attended by President Recep Tayyip Erdoğan as guest of honor ...
4549
Read

While a part of the world watches with concern the evolution of the situation in Ukraine, in other regions of ...
8038
Read