Home geopolitics Analysis Chinese vaccines in the US home garden

Chinese vaccines in the US home garden 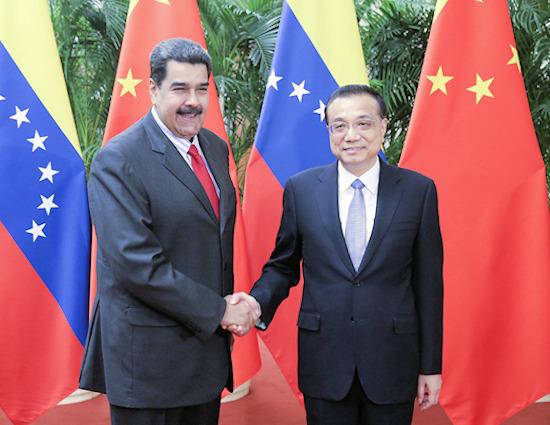 The Covid-19 virus, like the vaccines that fight it, affecting the life and death of people, involve maximally potency. Producing effective vaccines and using them as a diplomatic weapon are all signs of a country's power.

The three major powers on the planet - the United States, China and Russia - have all produced and are exporting vaccines. But a difference emerged between the global power and the others in the first phase of vaccination availability. The United States initially distributed insufficient numbers of vaccines, slowly and practically only to its allies, and massively vaccinated its citizens, their strictly human factor, the basis of their potency.

Opposite was the attitude of China and Russia, immediately engaged in a worldwide diffusion campaign of their vaccines, even at the cost of reducing their domestic availability.

The US, by not cultivating its own satellites (especially the countries of the European Union) with numbers of "attack" vaccines, has accepted an image damage, a cracking of its soft power of welfare protectors of their force field.

Why? This question is all the more urgent, if we consider that one of the areas of direct diffusion of vaccines antagonistic to US ones was the Latin American region. Or the home garden of the United States. Apparently maximum provocation, if not maximum threat.

Apparently. The United States is already global dominus, it does not need to challenge, but the need to maintain its dominance, and to do so it has deemed it more functional to armor its own internal health front, and only afterwards go to help "its" spaces in mass. influence (always Europe in the first place), trying to recover their own soft power. The assumptions of US willingness to get hurt by strategic rivals lies in their belief that the vaccine game is out of breath, tactical, not strategic. That is, the substance of the current geopolitical dynamics does not change.

It is useful for gaining some image benefits, but their production will reach billions and billions of doses, and their very availability, increasingly global and less urgent, will make their geopolitical scope more limited.

The US competitors themselves seem to know this. In particular China, which is also trying to establish itself in Latin America, but is not ready to really compete with the US now.

Sending vaccines right in their backyard is a more boasted than real provocation, because the real cracks in North American power on the continent, which are Venezuela and Cuba, serve China more than anything else for two reasons: gather knowledge and isolate Taiwan.

First point. The Chinese idea is to acquire health knowledge useful for an internal, Chinese health front that is not so robust, especially in terms of staff experience, demonstrating it in Cuba, where China has asked, in exchange for resources and logistics, to be able to collaborate in the creation of a vaccine (the Pancorona). All to acquire a know how for internal purposes and specialize to the point of challenging the US in the world health field, to define the parameters of future health care.

That the goal is to gather knowledge is also demonstrated by what is happening in Venezuela, where, even before vaccines, what happened with the National card Venezuelan (a cross between electronic identity card and service access card) that Venezuela issues to citizens. To produce it, Venezuela made use of ZTE, a Chinese technological giant which, through this document, has the opportunity to practice electronic control of its own citizens, training with those of Venezuela. Here too, the goal is to better control the Chinese home front, which is not so solid. Solidity needed, in view of a future hotter challenge with the United States.

The real geopolitical leap China would make if it succeeded in making Cuba in its total geopolitical availability, but China cannot and does not want to do it. First of all, Cuba is planted in the American "Mediterranean", it is an access to the Atlantic and therefore to their projection. Furthermore, it is precisely China that needs help in terms of Cuban vaccination knowledge.

The United States allows China economic penetration (China is Cuba's second trading partner), because they know they are unable to go further for now. If China ever manages to settle in Cuba geopolitically, it would just mean taking a leap and wanting a direct confrontation with the US. Instead, it is more Cuba that tries to replicate its policy of vassalage to an anti-US dominus, which supplies it with resources, the USSR first, Chavez's Venezuela then, Maduro's Venezuela less and less, in exchange for doctors and here too knowledge. sanitary. China does not currently accept Cuban courtship precisely because it would have that aggressive significance mentioned above.

Second point. With the vaccine lever in Latin America, the Chinese have tried to make their aid toxic (geopolitical) in a region where there are nine of the fifteen states that recognize Taiwan, the island state, defended by the US, which is disputing with the People's Republic legitimacy to consider itself China and that Communist China aims to regain.

To demonstrate that Latin America has no value in itself for China at the moment, as an attack on US domination, but it serves as a card to free itself from the North American bottleneck at its doors, to be able to have full dominion of its sea, first of all isolating the island at least from US satellites.

Chinese vaccination aggression therefore confirms China's weakness and play in defense more than its strength. What ascent would ever be possible without the domination of one's own neighboring geographical system?

In this second phase of the vaccination campaign, on the other hand, the United States, in the process of widespread immunization of its population, has started an anti-Chinese ideological battle, which under the banner of the search for the truth about the origin of the virus in China (instrumentally replicating a ' accusation already made by Trump) is trying to recover the pre-Covid level of soft power.

The US thus pursues various objectives. Tell their allies that no matter how many vaccines China spreads, it is she who spawned the virus. Second, they fulfill the promises of their own propaganda, to be a superpower of human rights, including the search for truth. The US is in fact essentially an empire, and they manage to be so because it is not only pure force that aligns the satellites, but their firm adherence to the meaning that the United States claims to attribute to it, namely freedom, democracy, rights, including the right to seek the truth about the origin of the virus, reinforcing the certainty of the allies that they are part of the imperial world US is better than staying out of it. Geopolitically translated, an empire holds up as long as it holds faith in its mission.

Reinvigorating the sense of one's mission means annihilating the eventual propaganda of the Chinese empire, with respect to its eventual mission. In fact, Chinese vaccines served a
to convey the idea of ​​a "health solidarity" against American selfishness. But even if China succeeds, vaccines remain circumstantial means to an emergency, not an evergreen mission.

Geopolitically translated, China does not have a mission, it is economically dynamic, but more so because it draws wealth from others, rather than growing with them. And the vaccines confirm that they are used to use rather than help.

Lastly, reiterating the Chinese origin of the virus means striking precisely the image of a technological giant. No primate keeper is unable to control a virus in the laboratory. The Chinese, so support the US, even before being harmful, because they are ambitious and adversaries, they are harmful because they are incapable and dangerous.

If the US succeeds in these objectives, it could perhaps allow Europe itself to decide whether to acquire them or not, knowing that at that point they would not.

Photo: State Council of the People's Republic of China

As was widely expected, during the Summit of NATO Heads of State and Government in Madrid, Finland and Sweden ...
2894
Read

The international situation is evolving rapidly and there is no country that does not have to adapt. In an area of ​​course ...
8223
Read

The visit of the Chinese foreign minister, Wang Yi, who in the second half of May touched several small states ...
1093
Read

The focus of geopolitical attention cannot be fixed; Ukrainian drama aside, Asia continues to stir up more than ...
8836
Read

The vote in the UN Assembly of the motion condemning Russia's aggression against Ukraine has ...
3192
Read

Wars are not only fought on the battlefield but also on agricultural fields. The world is witnessing a ...
1513
Read

The Ukrainian conflict does not stop international relations, which are bound to each other by a globalization ...
2360
Read

The rise of China as a global economic and geopolitical superpower has heightened tensions and concerns about ...
3333
Read

Last May 23, with a grand ceremony attended by President Recep Tayyip Erdoğan as guest of honor ...
4586
Read

While a part of the world watches with concern the evolution of the situation in Ukraine, in other regions of ...
8048
Read