Home geopolitics Analysis Conflict in Tigray and the Horn of Africa. Where is it...

Conflict in Tigray and the Horn of Africa. Where the area matters more than the outcome 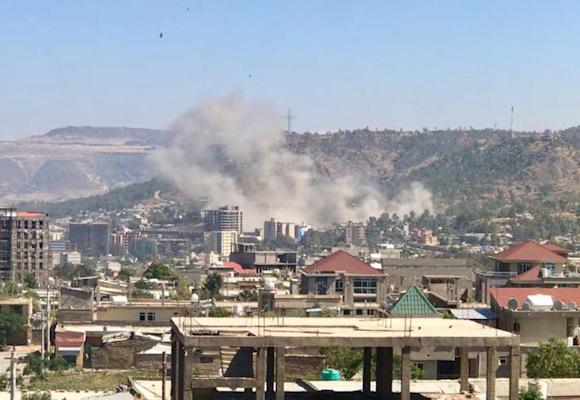 In Ethiopia, the Tigrayans, led by the Tigray People's Liberation Front (TPLF) retake the capital Macalle, and meet the surrender or retreat of government troops. The unilateral ceasefire declaration proclaimed by Ethiopian Prime Minister Abiy Ahmed appears to be an attempt to conceal, if not total defeat, at least a definitive move to the defensive.

Given the dynamics, which are still to be verified, the victory of the Tigrinians requires a reflection on which project is supporting them. Above all, however, whatever it may be, the area in which it is inserted, the Horn of Africa, has absolute geopolitical value not in itself, but as it insists on the straits of Suez and Bab el-Mandeb, becoming a transmission bank for move from the Mediterranean to the Indo-Pacific, which is the biggest geopolitical game of the moment. Whoever controls the straits writes globalization (which is the domain of the seas) and exercises hegemony.

The Tigers, only 6% of the Ethiopian population, have for decades dominated the central power through the Ethiopian People's Revolutionary Democratic Front (EPRDF), which brought together the ethnic parties (including the TPLF) of the Ethiopian world.

The protests of 2015-2018 by the Oromo ethnic group, the largest group with 35% of the population, brought one of them, Abiy Ahmed, to power in coalition with the other groups. All channeled towards a centralization of power which, from the Tigrinya point of view, was only an exclusion from the same of the TPLF. The parties of the EPRDF then merged into the Prosperity Party, with the TPLF refusing to join.

Marginalized from power, the TPLF tried not to be crushed by it, or rather to continue the autonomous administration of its territory, pushing Article 39 on the autonomy of the country's ethnic-regionalist constitution to the limit. In this sense, Tigray reads the postponement of the national elections in August 2020, due to Covid, as illegitimate, because it is part of an authoritarian centralization and decides to ignore the government's ban on celebrating the regional ones, held by Tigray in September 2020. Election and the Tigrinya government are declared illegal, the Tigrinya reaction is reciprocal, so Ahmed no longer represents the country. 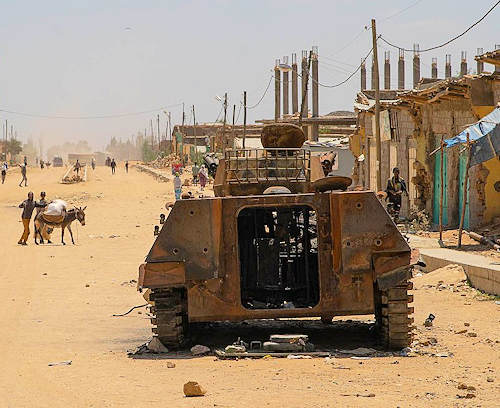 We slip into war on November 4, 2020. The value of the national elections of June 21 of this year appears to be null and void, too conditioned by the war and by the attempt to secure Ahmed's victory, lending its side to the Tigrinya accusations.

All this, however, counts less than the great geopolitical game of which this area is a part. Internationalization is inherent in the region itself, not in the local reasons for the conflict. The first to intervene in support of the Ethiopian government is Eritrea, which knows the Tigrinya ambitions.

History recalls that when the Ethiopian central power was Tigrinya, the idea was always the expansion towards the Eritrean regions inhabited or by Tigris and Tigers. The recent peace between Ethiopia and Eritrea is therefore part of Tigrinya's resentment towards the prime minister, as much as a guarantee on the part of Eritrea on the suffocation of Tigray's dreams. Any ability of the Tigray to disengage from central power makes Asmara fear for those projects re-emerge. In this sense, the launch of TPLF missiles against Eritrea is, in addition to an attempt to widen the clash, perhaps a sign of awareness that, since it is difficult for the Tigrinians to return to the top of central power, we might as well brush up on ancient ambitions. Even if it fails to obtain this result, the TPLF could at least aspire to bury the hypothesis of a federation between Ethiopia and Eritrea, with Somalia on the sidelines. Federation that could neither arise nor consolidate if a strong Tigray existed within. This federative idea would make Ethiopia facing the seas again through the Eritrean (Assab and Massawa) and Somali (Berbera) ports, but to get to them, Tigray must be both pacified and aligned. Mutual escalation would be part of this awareness.

Ports speak of the sea, the sea of ​​domination, the domination of hegemon, the United States, and its challenger, China. First of all, the biggest disadvantaged by a new dynamic of port power in the Horn of Africa is the main excluded local actor of the federative idea, Djibouti. 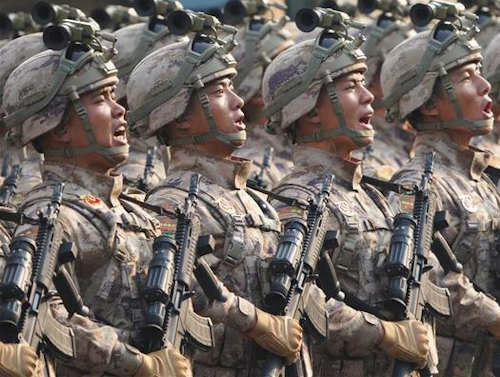 The extent of China's challenge in this space can be understood if it is noted that the first foreign military base of the same is precisely in Djibouti, which passes through one of the silk roads and that the Chinese geopolitical hunger has built the Addis Ababa-Djibouti railway, which allows 90 percent of Ethiopian trade. The Chinese breath extends even further, which is why the US has called its European allies to Djibouti, where they have bases, because from there it participates in the US containment of its rival. It is the only place globally where the United States and China support their forces at such short distances (12 km!).

But seas and oceans aren't the only important waters in the area. The Blue Nile, a tributary of the Nile, sees the project of the great Ethiopian dam, the Grand Ethiopian Reinassance Dam (GERD), a hydroelectric energy project that would risk compromising the water supplies of Egypt and Sudan, therefore interested in supporting any power to counterbalance and even balkanize Ethiopia, to undermine this project. It is precisely here that Turkey comes in, for which supporting Ethiopia means opposing that Egypt, secularly hostile to any smell of Muslim brotherhood, already effectively arrested by Turkey in Libya. Being able to strangle him in the water game and at the same time engaging him in Libya assures the Ethiopian government the low probability of an Egyptian commitment on a second front, Tigrinya. The status quo is also useful for Turkey due to the fact that, still not very powerful on the sea, from Libya it tries to reach Somalia by land, and from there to the Indo-Pacific, towards the great challenge.

Whatever outcome the Tigrinya game has, opens up several unknowns. Given the difficulty that the 6% Tigrinya return to dominate completely, falling back on the great Tigray is just as complex (with the probable consequent disintegration of the Ethiopian state). The Tigers are not the only ethnic group to move. The Oromos complain against Ahmed that they have not sufficiently centralized power over them. The risk of civil war between oromo and ahmara for the new division of the cake is on the table. 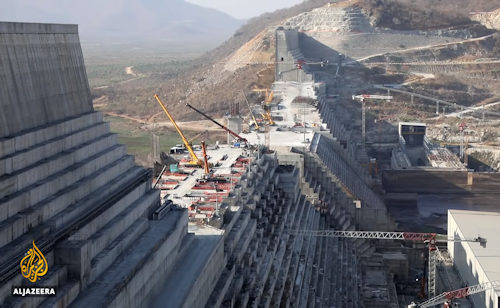 It will be the dynamics relating to the dam, not to decide, but to reveal which power between the US and China is prevailing on the spot (the other indicators do not strictly concern the Tigrinya dynamics). GERD is the lever for Ethiopia to become a regional power. In fact, the US tried to mediate between Ethiopia, Egypt and Sudan, but failed. China and Russia are therefore trying to credit themselves as more capable of finding a solution.

If the Tigrayans continued to be part of the Ethiopian state, as winners, they could, since supported, albeit mildly, so far by the United States, meet their regional allies, especially Egypt, with respect to GERD.

If, on the other hand, very unlikely, the Tigers were defeated and Ethiopia did not implode, there could be a radicalization of the Ethiopian position, through the dam card, risking a new regional conflict or avoiding it thanks to a mediation strategically rival to the USA.

The redefinition of power will therefore be lasting only if it is able to intercept the true burdens of the great powers, which insist here. The United States is interested in maintaining the rule of these Straits, because through them they continue to implement their informal empire. The goods of American globalization pass through Bab el-Mandeb, but also the supplies for the US troops in the Persian Gulf. If the area has value for the hegemon, it has value for the challenger.

Massive challenge. Djibouti is the support of one of the silk routes, or rather the Chinese-style counter-globalization that aspires to Europe. Not only that, Djibouti acts as a launching pad for all of Africa. The "taking" of Djibouti is then fundamental for the Chinese. This is demonstrated by the investments to build the Doraleh Multipurpose Port, a logistic commercial terminal, which doubles the Gibutinian port capacity and is fully available to the local Chinese base. While the US base has no direct access to the sea ...

Bab el-Mandeb in Arabic it means "Door of lamentation". More than anywhere else here, the clash of powers seems to make those who want to dominate cry.

As was widely expected, during the Summit of NATO Heads of State and Government in Madrid, Finland and Sweden ...
4079
Read

The international situation is evolving rapidly and there is no country that does not have to adapt. In an area of ​​course ...
8378
Read