Home geopolitics Analysis Big Pharma: that's who the pandemic is for ...

Big Pharma: that's who the pandemic was the goose that lays the golden eggs 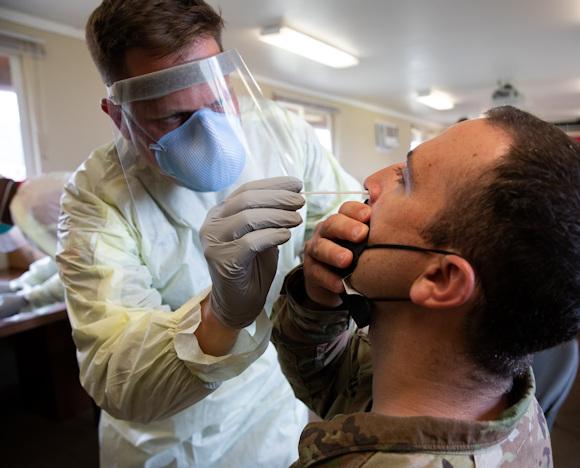 At the request of some readers, we have decided to make an extremely concise analysis of the impact of the pandemic on the pharmaceutical sector, to see what is true in the vulgate according to which "in addition to technology companies, pharmaceutical companies are the only ones who have given some joy "since ultimately for them COVID-19 was" a money machine "1 and an opportunity to make "immense profits"2.

That Big Pharma, namely the large manufacturers of medicines, are the wild boar to be hunted, proposals such as the grillina one of the "total suspension of patents" in order to “Plan the production of vaccines around the world. India would have a disruptive capacity at that point ". Too bad that certain ideas, which we reject to the sender, come from former ministers who should know that - even if the European Medicines Agency (EMA) is based in the Netherlands - our country is the first European producer of medicines, after the historic overtaking to the detriment of Germany in 2017: 31,2 billion euros of medicines produced against 30,6 billion euros in that year.

Why should we play India (or China, as on other occasions) and of those who do not invest in research and development, when our companies are at the top in innovation expenditure in the chemical-pharmaceutical sector? Above all, given that the proposal comes from a doctor as well as a former minister, that India does not follow international quality and safety standards: who would give their children or parents vaccines produced in plants light years away from minimally acceptable standards?

But back to Big Pharma. Is the whole sector really, so to speak, "covered in gold"?

Actually, according to the statistics, "The Covid-19 pandemic has had a great impact on the market for non-prescription drugs (NdR for over-the-counter drugs), recording - both on the consumption and on the expenditure side - a sharp decline in sales, the worst of the last 15 years", with an impact of just over € 2,3 billion3.

According to insiders, it was observed "A sharp decrease in consumption ... mainly due to medicines for the treatment of respiratory diseases whose consumption has dropped by almost 50% compared to ... 2019: the use of masks, social distancing and hand hygiene together the measures to contain the contagion with differential forms of lockdown and a more general change in lifestyle have significantly reduced the circulation of influenza and parainfluenza viruses ". Which shows how often not all evil comes to harm ...

The drop in consumption is a short-term effect with a limited impact compared to the cataclysm, with medium and long-term effects, consisting of the suspension of clinical trials caused by the pandemic: over 200 clinical Trials in the oncology field they were stopped, provisionally or permanently, only in the spring of 2020. Of these, almost half were in the last phase.

According to the prestigious scientific journal Nature4, "The COVID-19 pandemic is disrupting clinical research in much of the world", with over four-fifths of operations suspended. It is worth noting that these are not only billion-dollar projects, but also the only (and last) hope for thousands of patients whose existing cancer drugs have failed..

Always to the detriment of cancer patients, “The COVID-19 pandemic has hampered progress and damaged the quality of clinical trials. Online meeting, remote follow-up, courier delivery of drugs and remote monitoring in the epidemic environment can help the progress of clinical trials to some extent, but cannot guarantee the same quality as before. It is particularly important for the safety and psychological state of the subjects who (medical staff, Editor's note) can devote more time and energy to ensure the quality and smooth progress of clinical trials in the period of the COVID-19 pandemic "5. Not even the conspiracy theorists think about this ...

What about the fact that COVID-19 has also intercepted a substantial part of the investments in the pharmaceutical sector, with a possible slowdown in scientific development in all other areas?

“Nearly a quarter of the innovation-related deals announced between February and July 2020 were directly related to COVID-19. These rapidly configured deals included therapies (34%), diagnostics (26%) and vaccines (14%) and focused largely on preclinical discovery and R&D collaborations and co-development. In the same period, activities not related to COVID-19 had been reduced in all therapeutic areas, with a decrease of about 23% compared to 2015-2019 "6. A true tsunami for the generation to come whose health relies on today's investments.

Finally, let's take a look at the numbers that matter, that is, the performance of shares and the value of pharmaceutical companies, to see how much they “got fat” thanks to the pandemic. We will do this by taking the indices of the New York Stock Exchange as a reference and basing ourselves on the data of 20 or 21 February 2020 as a starting point and on that of 6 August 2021 to see how things went ...

Well, you will be amazed to know that Merck has dropped by almost 4%, Amgen by 5%, Novartis by 5,8%, Takeda has even “lost weight” by 13%. How to be surprised, as these companies are under the sword of Damocles of the suspension of clinical trials?

Of course, things will have gone beautifully for those who launched the vaccines! Or maybe not? Pfizer, Johnson & Johnson and AstraZeneca, to be honest, grew by 17,8%, 15% and 12% respectively. If that sounds like a lot, consider that the two most important indices, the NASDAQ and the Dow Jones, rose 55% and 21% over the same period, which is more than all three vaccination giants.

Of course, there are the cases of BionTech and Moderna, which however make history in themselves: the first was not even listed in the United States in February 2020 and now has a capitalization of 108 billion dollars, while the second has seen the value of its shares grow 27 times in a year and a half. It must be said that according to analysts "The valuation of the biotech company (Moderna, Ed) is 'unjustifiable on a fundamental basis', since its analysis suggests that the stock price should be about 75% below current levels"7.

I mean, who earned it? Definitely, the manufacturers of reagents for swabs. Yes, they were "made of gold".

“The market value of diagnostic groups like Swiss pharmaceutical giant Roche and Chicago-based Abbott Laboratories has soared thanks to world hunger for their products. Covid-19 test companies were the big winners of the pandemic. According to Our World in Data, America and India alone have run nearly a billion tests since the virus outbreak. The boom has helped increase the combined market capitalization of eight of the largest listed test manufacturers, including Qiagen, BioMerieux and Thermo Fisher Scientific, by 38% or $ 228 billion since then in early 2020 "8.

In conclusion, dear readers, I do not hide my amazement from you as I collected, processed and synthesized the data in discovering that as in the novels of Agatha Christie, in the end the culprit (or rather, the one who gained the most) is the least you. wait. And you only find out at the end.

The international situation is evolving rapidly and there is no country that does not have to adapt. In an area of ​​course ...
4009
Read

The visit of the Chinese foreign minister, Wang Yi, who in the second half of May touched several small states ...
1033
Read

The focus of geopolitical attention cannot be fixed; Ukrainian drama aside, Asia continues to stir up more than ...
8737
Read

The vote in the UN Assembly of the motion condemning Russia's aggression against Ukraine has ...
3084
Read

Wars are not only fought on the battlefield but also on agricultural fields. The world is witnessing a ...
1462
Read

The rise of China as a global economic and geopolitical superpower has heightened tensions and concerns about ...
3245
Read

Last May 23, with a grand ceremony attended by President Recep Tayyip Erdoğan as guest of honor ...
4479
Read

While a part of the world watches with concern the evolution of the situation in Ukraine, in other regions of ...
8009
Read