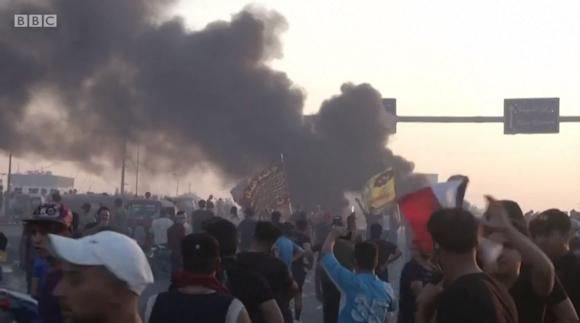 In MO the social upheavals like to follow the seasonal rhythm: after the springs, a new breeze is shaking the Arab countries; past the 2011 and the hypocrisies of US diplomacy, so ready for the ideal as for the opportunistic disengagement in the face of unwelcome electoral results, the problems related to the difficult social and economic conditions remained.

Net of tribalism and religion, Egypt, Iraq, Syria, Lebanon, Jordan, were shaken by the protests of thousands of young anti-Isis ex-militiamen who, trying to tread the 2011 scenes again, found themselves in front of their forces government officials determined to crush every possible destabilizing act in the bud, also thanks to media control.

However, the repression could not cancel the lack of basic services, education, medical assistance, real future prospects for the most educated young people, the perception of the need to feel that they are representative elements of a participatory political life that is not restricted to the usual oligarchies. Widespread discontent, therefore, to which various forms of reaction on the part of the established power are paid; while in Egypt President Al Sisi managed to shift the attention to the Muslim Brotherhood by preventing the taking of Tahrir Square, in Iraq young people took to the streets not only in Baghdad, but also in Basra, Nassirya and Najaf.

The disorders, in general, have aimed at obtaining political and economic advantages, but in Iraq there have also been interpreters of a struggle both local and national, animated both by the factions in conflict with ISIS and by the political components that are more similar and close to the 'Iran. The question that arises immediately is who has a real interest in fomenting a potentially more explosive situation than that of the 2011, now further fueled by the Turkish aggression towards Kurdish positions in Syrian territory, capable of definitively opening the Pandora's box middle Eastern.

Southern Iraq, although rich in oil, has no easy access either to drinking water or to electricity, which is strongly rationed, and is the subject of central policies that alternate repressions and concessions that undermine the very thin border that separates social intervention from cronyism. The most evident result was that of having created elites aimed solely at exploiting the privileged channels that connect them to the central authorities, and which prevent the creation of an effective political and economic complex. The approximate nature of this type of policy, marginalizing large social strata, can only give a partial and short-term vision, and above all can only lead to a worsening of the general framework, for which it will no longer be sufficient or indicate war, ethnic groups (Arabs, Turkmens and Kurds), and religious denominations (Shiites and Sunnis) as the sole causes, or to give vent to resentment against usual suspects: USA and Israel. 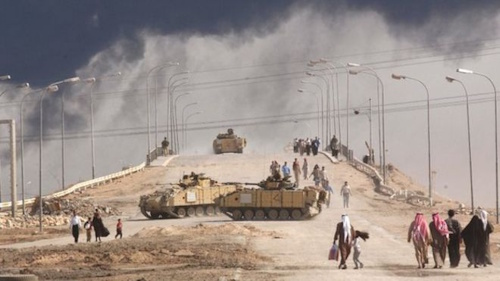 Iraq is once again experiencing a political season that offers neither stability in parliament nor in the control of anti-ISIS militias. President Salih, who also helped revive the protests with the departure of Lieutenant General Abdulwahab al-Saadi, protagonist of the conflict against ISIS, aware of the situation and with the support of US Secretary of State Pompeo, he is trying to curbing disputes, promising both greater openness and political and social participation, and ensuring the punishment of those responsible for street violence; affirmations that have the hint of a desperate and populist attempt to regain control of a situation as complex as ever, compromised by corruption, abuses of power and the constant presence of religious and paramilitary organizations at the top of the state system.

The theater of Siraq witnessed the fragmentation of Daesh, the more illusory the more it is manifest that a large number of jihadists are reorganizing themselves in Iraq, without counting the active nuclei in a wide area of ​​land that ranges from Afghanistan to the Sahel . Moreover, the economic stability of the Caliphate ensures long-term projects, capable of continuing to make the Anbar an area of ​​fundamentalist risk. Daesh, having returned to a non-state dimension, if on the one hand he has lost portions of territory, has freed himself from their management, thus being able to dedicate himself, with the help of mafias and organized crime, to the smuggling of oil products, weapons, drugs, cigarettes and archaeological finds. In an area as unstable as the Iraqi one, the jihadist ability to raise funds transversely with an exceptional ability to adapt to contingent situations is therefore not surprising.

With the end of the parastate entity, Daesh adopted a hybrid strategy halfway between control and predation that, backed by an effective hype launched locally, it turned to agricultural activities, especially in the fertile area of ​​Nineveh; the Caliphate has in fact always aimed to be identified as guarantor of the production and distribution of foodstuffs, thus identifying the best possible system to fully access the territory; all this also in the light of competitive State SDP (Public Distribution System), which aims to insure food regardless of income. The ensuing conflicts, with the abandonment of the rural areas, have therefore strongly affected a vital economic sector, whose weakening has exacerbated the contrasts with the legitimate executives, and has strengthened the non-state ones that, in exchange, have required a capable political support to promise a selective redistribution of assets.

The strategic management of resources has therefore become the lever with which to increase the detachment both from the State and from competing groups: an effective system if one intends to create divisions, and that does not see end even with the apparent breakup of Daesh that, indeed, aims to frustrate and slow down actions aimed at relaunching the national economy, still proposing itself as the only local interlocutor. It is inevitable to assume that, in the event of insufficient harvests and lack of support from a government already largely delegitimized, the only viable alternative will once again be the jihadist one. 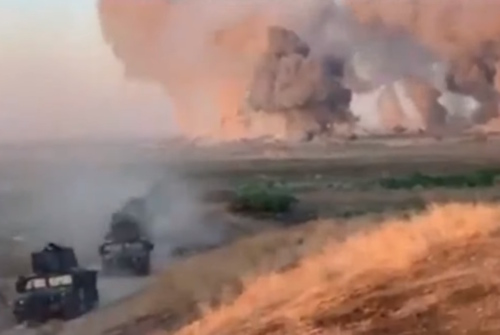 But that is not all; beyond the impending Daesh phenomenon, together with social malaise, it must be emphasized that the Iraqi water crisis, especially in the southern areas of the country, has become chronic and of such a size to generate both poorly managed (when denied) health emergencies , exacerbated by the lack of essential services, both profound employment crises; in fact, the small amount of water penalizes rural and fishing activities which, up until 30 years ago, guaranteed profits.

The Shatt-al-Arab, the main water resource of southern Iraq that flows in the Basra area, is heavily contaminated, and is affected by the reduction in the levels of Tigers and Euphrates controlled by Turkey which, like Iran, has built dams such as limit the flow of the river. So as not to miss anything, the evaporation due to drought has caused the saline intrusion of the Persian Gulf waters, a phenomenon that has further undermined the possibility of purification by plants left abandoned for years, and that they cannot even employ. chlorine, whose sale has been reduced to prevent its use by jihadist fighters.

Consequences: reduction of agricultural activities, increase in imports of commodities and agricultural products, massive migrations from the area of ​​Basra, further delegitimization of a government (sometimes deliberately) unable to control its own territory.

The areas currently not interested in the unrest are those originally the object of the Islamist conquest, while those that have fed the ranks of the anti-Daesh groups financed by Iran are in revolt; these areas have in fact been affected by the war events only indirectly, which has allowed them to create an ephemeral economic improvement, due to the wages of the militia and the activities of war entrepreneurs, now interrupted.

The Kurdish north is experiencing the same economic crisis as the south, with a peculiar internal political situation that has nevertheless prevented the creation of a mass movement capable of turning against the central government.

Israel is expanding its efforts against Iranian consolidation efforts in the region, without neglecting hypotheses (only?) Of attacks on Iraqi infrastructures linked to Iran; an overall evaluation should lead to consider the possible consequences of the war activities, in the light of the American withdrawals from Iraq and Syria, which would leave Jerusalem alone in the work of containing the Iranian power projection. 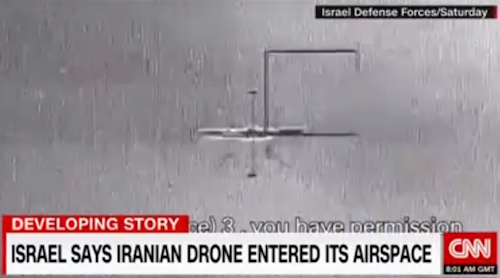 Tehran's attacks with armed drones against northern Israel show a change in the type of response to Israeli operations. Jerusalem will therefore now have to assess whether the attacks in Iraq are truly functional in reducing Iran's military capabilities, especially with regard to Hezbollah's precision-guided missiles in Lebanon.

The development of weapon systems, the operational opportunities and the overcoming of the Israeli critical threshold will probably force Iran to react differently from what it has done up to now, without however forgetting the installation of ballistic missiles pointed by Iraq towards Israel, a choice determined by Israeli attacks on Iranian military infrastructure in Syria.

In short, in order not to miss anything, Iraq upset by internal protests must also cope with the situation caused by the competition between Iran and Israel; last but not least, the US Secretary of State in May of this year showed Iraqi Prime Minister Mahdi the satellite and aerial photographs of Iranian military structures in Iraqi territory, accompanied by the threatening advice of rapid dismantling; the affair led to a further desovranization of a government that was not only considered not in the dark, but guilty of reluctantly preventing foreign actions on its territory.

The Iraqi chaos has seen the religious and tribal involvement, but it now seems evident that we cannot stop at these aspects, given that the general framework must necessarily be interpreted also in the light of the most recent events, and especially in function of the alternative revanchist that the jihadist insurgency offers to the masses. The consequences of government ambiguities, combined with a widespread sense of popular resignation and despair, should now lead to a difficult change of course free from the last useless populisms that emerged.

Why all this hype against the US-Iran crisis? Most men and grants from the ...
763
Read

Venezuela would be experiencing a dramatic new "revolutionary" phase, as a potential alliance between the FARC ...
508
Read

The Berlin conference, called to settle the Libyan question, presented itself with a program, unbalanced to ...
15270
Read

On what happened on the night of January 3 as for the record there is little to add. What matters is the ...
1522
Read

A few hours ago the council of dignitaries and wise men of the Turcophone enclave of Misurata rejected the visit of the ...
6287
Read