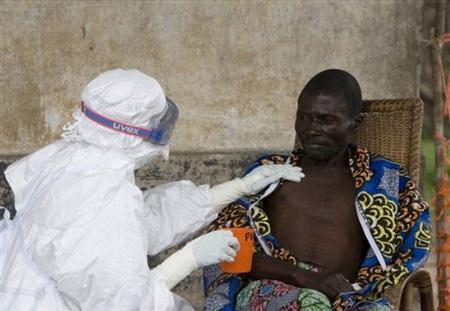 The government of Mali yesterday reported that it had recorded "three suspected cases" of hemorrhagic fever. Possible infected people were placed in solitary confinement pending the results of medical tests to detect the Ebola virus, there being a danger of contagion having the disease already killed 84 people in neighboring Guinea.

France this morning blocked a flight from Guinea at the Roissy Charles-de-Gaulle airport for two hours, as it was suspected that a passenger infected with the Ebola virus was on board.

The crew had some doubts after seeing the state of the toilets even if the agencies don't go into detail. The 187 passengers and 11 crew members of the 727 were therefore subjected to health checks "with the verification of the temperature" and the tests proved negative. After two hours of quarantine, passengers were able to resume their journey, while France yesterday strengthened the security measures for the reception of passengers arriving in Roissy from West African countries, where it is now confirmed that a ' Disturbing Ebola Outbreak: Ebola haemorrhagic fever is life-threatening and includes a range of symptoms such as fever, vomiting, diarrhea, generalized pain or malaise, and sometimes internal and external bleeding. The mortality rate is extremely high, ranging from 50 to 89% according to the viral strain, and vaccine treatment is not yet available.

Cause of death is usually a multiple organ dysfunction syndrome. The virus, according to a criterion of danger, is classified as a group 4 biological agent, as well as a category A bioterrorism agent.

The World Health Organization (WHO) has issued an alert for the epidemic in Guinea where in addition to the victims there are 122 infected and the disease is spreading in Sierra Leone and Liberia.

At the same time, Minister Alfano tells us that "According to our information in North Africa there are between 300 and 600 thousand people waiting to transit in the Mediterranean" and many of these we know well that they will arrive in Italy and maybe only in a few months we will be able to know where they come from, where they stayed in Africa.

We are grateful to you also when he assures us specifically that "we will fight for Europe to defend its borders".

However, there is a WHO warning on Ebola that can not be underestimated - as the French are doing by monitoring any suspected cases of people arriving from Africa on their territory - so they would also like to be informed if they have been branched out between the volunteers, the police and the military engaged in the reception of migrants, the protocols to be adopted to identify and isolate any carriers of the virus in question, and in particular if they have been prepared in Italy hospitals able to cope with a possible specific health emergency.

We must look with desperate eyes from Africa, but I believe that at the same time the State must safeguard the health of our citizens by planning and preparing what is necessary to face a possible health emergency, leaving aside any improvisation.

It often happens that in order to understand the origins of a conflict, as to understand where an evil comes from, one must investigate ...
5580
Read

Ukraine is today at the center of a world question capable of determining the rupture of a status that has lasted from the end ...
7104
Read

Valery Vasilyevich Gerasimov was born in Kazan, in what was the Soviet Socialist Republic until 1990 ...
24908
Read

The best definition of intelligence is "ability to adapt" to changes, contexts, unexpected novelties ...
5200
Read

In previous articles we have presented the principles of possible DEW systems and we have dwelt on illustrating and ...
3455
Read

Considering the possible types of direct energy weapons and analyzing the experiments that have taken place in the world ...
6198
Read

Star Wars, the famous film series originally directed by George Lucas, has millions of fans around the world ....
6523
Read

The dramatic images of these hours from Afghanistan summarize, in the most tragic way, not only the ...
2787
Read

Legends fueled by the mystery surrounding this type of activity revolve around the world of intelligence. The...
2207
Read

The peace operations, in their various articulations, have seen the addition of numerous military personnel ...
4649
Read