Home News armed forces Spazio The return to atmosphere has been detected and traced ... 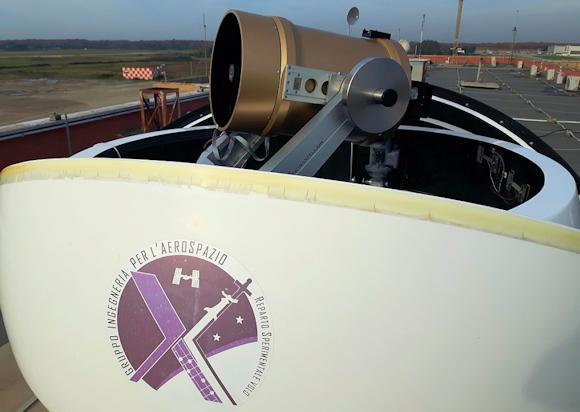 On Easter weekend, the Italian Space Surveillance and Tracking Operation Center (ISOC) of Pratica di Mare, together with the Interforces Polygon of Salto di Quirra (PISQ), and with the support of Leonardo-Vitrociset and GMSpazio, has worked constantly to monitor the return to the atmosphere of an object initially reported by the US Space Operations Command on Friday 10 April.

The object was later found to be a component (rocket body) of a carrier used to send a load to the International Space Station (ISS). The ISOC, located within the Aerospace Engineering Group (GIAS) of the Flight Experimental Center AM of Pratica di Mare, and being integrated into the Air Operations Command of Poggio Renatico (FE), carries out surveillance and tracking activities in the area aerospace, monitoring the presence and trajectory of space debris and other objects in orbit.

For the atmospheric re-entry event in question, the object was successfully tracked by the PISQ Multi-Frequency Doppler Radar (MFDR) on Saturday 11 April, allowing the ISOC to promptly and accurately predict the return of the object, which occurred in the late evening of Sunday 12 April. Italy, the first country in Europe to carry out the detection of the object, then made the data collected by the ISOC available to other European nations, as required by the international reference agreements.

The Space Surveillance and Tracking and Space Situational Awareness capabilities are considered strategic by Italy and fall within the competence of the Ministry of Defense.

The ISOC, managed by the Italian Air Force, as part of the national collaboration between the Ministry of Defense, the Italian Space Agency (ASI) and the National Institute of Astrophysics (INAF), for the Space Surveillance and Tracking services in favor and in collaboration with the European Union coordinates the network of national sensors, optical and radar, intended to follow the trajectories of objects orbiting the Earth, and has the ability to establish, from the analysis of the data collected, the possibility of collisions between satellites , satellites with space debris and, as in the case in question, the time of reentry into the atmosphere of the objects in question as well as, in collaboration with an extensive network of global players, to contribute to the determination of the possible impact area with the earth's surface, several hours in advance.

In the coming years, in consideration of the growing use of low orbits, the monitoring and surveillance capacity of space, to protect the strategic capabilities guaranteed by satellites, will be increasingly important and the Air Force, in the context of national defense, represents the main Space Situational Awareness (SSA) capability service provider, which will also affect sectors such as Space Weather and Space Traffic Management. The SSA will overlap the defense capability of airspace, a priority institutional activity among those assigned to the Arma Azzurra.

Defense capabilities in the field of SST / SSA had already been successfully tested also during other Easter holidays, those of 2018 when the ISOC, thanks to the coordination with the PISQ and with the support of the ASI and other articulations of the State , ensuring the monitoring of the uncontrolled return from the atmosphere of the Chinese space station Tiangong-1.

In recent weeks, at the Experimental and Joint Training Polygon of the Salto di Quirra (PISQ), in ...
11680
Read