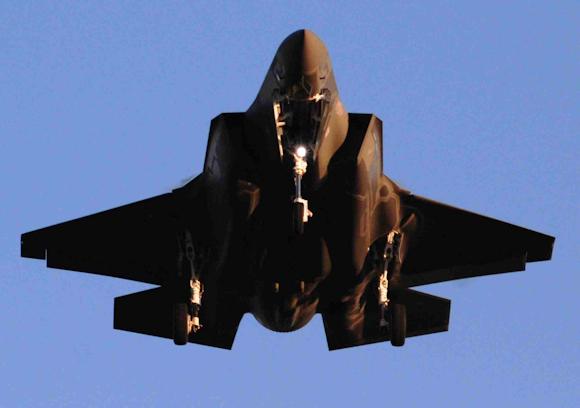 As part of the "Joint Stars 2019" exercise, held in Trapani in recent days, two pilots of the 13 ° Flight Group of the 32 ° Stormo have achieved the prestigious milestone of the 500 flight hours on F-35 aircraft.

The two instructor pilots were assigned to Amendola's 32 ° Stormo in the 2016. Both attended the transition course in Luke, Arizona (USA), where, in addition to having acquired the necessary skills to pilot the aircraft in all weather conditions, they also tackled different types of flights from air / air and air combat / ground for the neutralization / suppression of enemy air defense (SEAD / DEAD - Suppression / Destruction of Enemy Air Defense).

Having obtained the fitness on the F35, they have contributed to the transformation processes of the Group by working together, participating in numerous national and international exercises and training the newly assigned pilots on the "JSF" Weapon System. 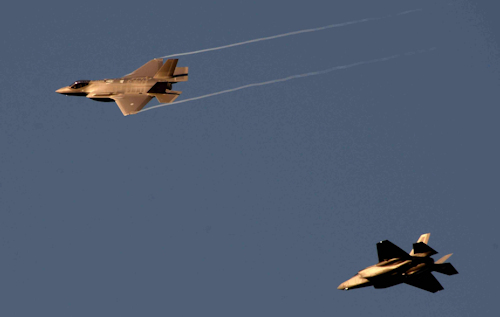 The important milestone achieved is the result of commitment, high dedication and great professionalism that the staff of the 13 ° Gruppo Volo has highlighted every day in fulfilling their duty. It can be summarized as a real "team game", constant and continuous over time, which has proved to be a winner also thanks to the constant support that all the joints of Stormo have assured without interruption.

The 32 ° Stormo based in Amendola (Foggia) is one of the flight departments of the Italian Air Force, dependent on the Air Team Command of Rome through the Combat Forces Command of Milan. First Department in Europe to acquire F-35 aircraft, it also carries out operational, training and technical activities for Predator remotely piloted aircraft, in order to acquire and maintain the capacity to carry out national and coalition ISTAR operations. Furthermore, it provides and completes, through the MB-339 aircraft, the training of APR pilots in order to ensure an adequate level of training on traditionally piloted aircraft. Moreover, since March 2018, the F-35 aircraft of Amendola's 32 ° Stormo have been integrated into the air defense system, contributing specific operational capabilities and latest-generation technology to defend Italian skies.

The change of command of the Experimental and Shooting Standardization Department took place on Thursday 9 July 2020 ...
1774
Read

An Air Force C-130J aircraft made two flights to Ukraine to bring aid to the populations ...
321
Read

The countdown to the celebrations of the centenary of the Air Force begins today, which will occur ...
208
Read

On Wednesday 24 June, the change of command took place at the direction of the 1st Aircraft Maintenance Department of Cameri between ...
402
Read

On Wednesday 24 June, at the "Enrico Comani" military airport of Latina Scalo, the exchange took place under the command of the ...
322
Read

On 24 June it was held at Guidonia Airport, in limited form for the provisions on the containment of the ...
460
Read

Today in the Room of the 1st Atlantic Flight, historic room of Palazzo Aeronautica in Rome, the rotation took place ...
338
Read